Squared Roots: JD McPherson Throws It Back to Charlie Rich 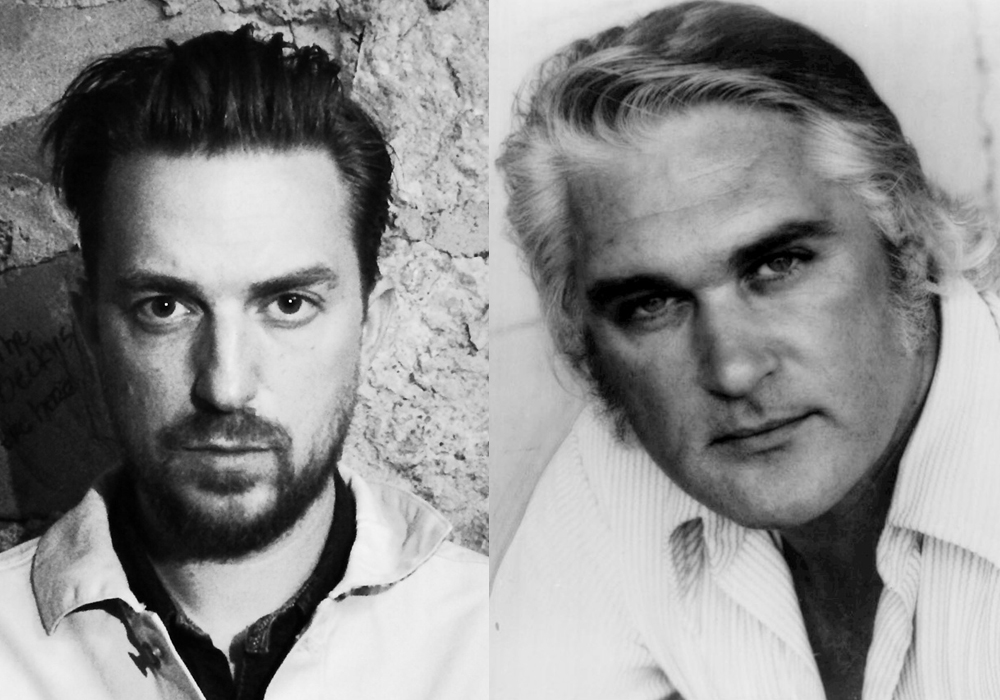 Charlie Rich — the ol' Silver Fox. Folks who only know him by “Behind Closed Doors” and “The Most Beautiful Girl” are missing a big piece of the puzzle. Rich grew up in Arkansas, the son of cotton farmers who both played music in their Baptist church. An injury forced him to abandon his football dreams in favor of a music major which was, in turn, abandoned for the Air Force. While stationed in Enid, OK, Rich formed a jazz and blues band with his soon-to-be wife, Margaret Ann on vocals. They continued the musical pursuit in Memphis, TN, after Rich left the military.

Although Rich got some work as a session player at Sun Studio, Sam Phillips and Bill Justis thought he was too jazzy to make records of his own … at first. Eventually, he got a shot on the Sun subsidiary, Phillips International, and made some rock and roll records that met with a lukewarm response. It would take four more label changes before Rich would be paired with producer Billy Sherrill and find his place within the Nashville Sound that yielded his biggest hits.

Oklahoma's own JD McPherson realized his first musical aspirations in a punk band. Then he heard Buddy Holly. From that moment on, McPherson has enjoyed and explored a deep passion for the rock and roll of the '50s and '60s. Both of his releases — 2012's Signs and Signifiers and 2015's Let the Good Times Roll — don't just turn to old rockabilly records as a starting point; they pursue their musicality and spirit as an end goal. Despite — or because of — their throwback sound, they are some of the freshest albums on the roots music scene.

Let's talk Charlie Rich, shall we?

Yeah. What a life that guy had. And, really, what a great spectrum of music, from him starting out playing jazz and blues piano, then recording as a session guy at Sun [Studio] and doing his own records. Man, those rock and roll records that were recorded at Phillips International — Sam Phillips' second studio — those are my favorite Charlie Rich records. They're some of my favorite records ever. In fact, my manager asked me about this, about who I wanted to talk about, while we were backstage at Conan listening to Charlie Rich. So, I said, “I want to talk about Charlie Rich.”

And it makes sense. Even though you didn't learn piano from a local sharecropper or have a football scholarship, there are a few parallels between the two of you. You grew up in Oklahoma with Charlie in Arkansas; you both pull from rockabilly, rhythm and blues, rock, and country. Elaborate on those similarities of influence and style for me …

Yeah, he is an Arkansas guy. I think he was stationed in Enid, OK, for a little while when he was in the military. I played gold in Enid once and I soaked up a lot music on the golf course. [Laughs] But I just think that what Charlie Rich had was taste. He had really good taste. He had an ear for a kind of sophisticated music.

Lately I've been thinking about this, about why I like rock and roll music so much. One of the things I really like about it is the sort of forced relationship between primitive … you have a teenager in his garage not knowing how to play his instrument but wants to be in a band put together with jazz session musicians from New Orleans and having to make records together. There's this really cool thing that happens when you put low-brow and high-brow together.

Charlie Rich started out very high-brow. He was a trained pianist. I don't know if you read that quote that Sun told him, if he wanted to make records … they gave him a Jerry Lee Lewis record and said, “Come back when you get this bad.”

[Laughs] Yeah, yeah. Sam Phillips rejected his first demos for being too jazzy.

But what's cool about his records is that songs like “Whirlwind” and “Rebound” are so unlike any other stuff that was on Sun. They had interesting chord changes and they modulate. They do cool stuff and have such a nice flair to them that they really stand out from some of the other artists that were there.

I don't know, man. I love that idea of taking a guy that's a sophisticated player and throwing him into the shark pit with all these hillbillies to make some records.

Looking back from what we consider rock and roll these days, some of Charlie's “rock” recordings — like “Who Will the Next Fool Be” and “Just a Little Bit Sweet” — were so tame, with upright bass, strings, and harmonies. Genre is such an interesting conceit.

Yeah. If you look at the Sun catalog, a lot of those guys went on to do stuff like that. Roy Orbison started off doing less than great. I don't want to offend anyone, but Roy Orbison's rockabilly records really aren't that great. When he left that scene and started doing his big production, operatic stuff, that was really where he hit his stride.

Obviously, Charlie Rich became a huge, huge star … as much as I love his rock and roll stuff, my favorite song of his is a later-career one called “Life Has Its Little Ups and Downs.” I can not hear that song without it tearing my psyche apart. It's just incredible. That song was written by his wife. It's all about disappointing a woman, disappointing your life mate, and she wrote the lyrics to it. It's pretty heavy. [Laughs]

Harsh! What's so interesting in listening back across his career. You go back to those early rock records and, on some cuts, he sounds like Elvis and on others it's Sam Cooke or some classic R&B cat. Then, once he hits “Mohair Sam” and the Billy Sherrill countrypolitan stuff, his voice totally changes. And, honestly, he sounds most natural on those tracks … at least to my ear.

I think that's what he wanted to be doing. At that point, he wasn't really doing a country shtick. He was kind of doing his nightclub act. A lot of that stuff sounds like he should be on a stage in Vegas, walking around with a white suit. I think that's more in tune with what he wanted out of music, so it's cool that he was able to end up doing that.

It probably felt more sophisticated to him, in some ways.

Right. Sophisticated … with a bottle of gin in his hand.