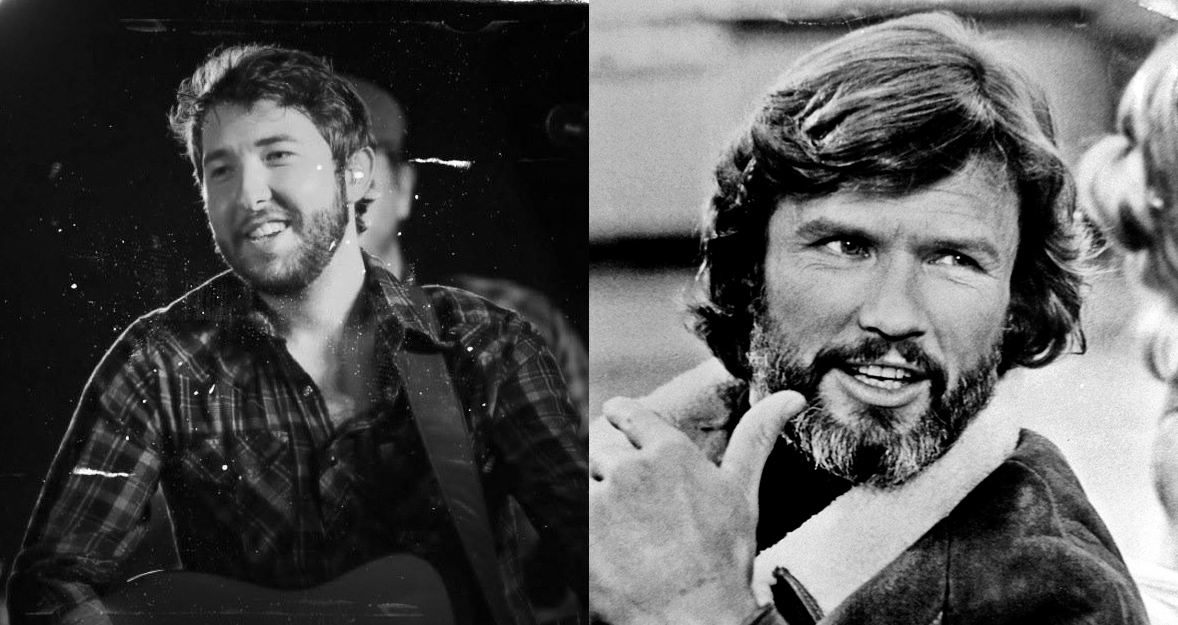 Of all the country music legends in the world, there’s something truly special about Kris Kristofferson. He was — and is — a walking paradox. Gentle, yet rugged, poetic, but grounded, his personal spirit always pervaded his professional pursuits, bringing with it an air of wonder that reflected the sly, seemingly kind knowingness of his eyes. Whether on his solo songwriting or his Highwaymen collaborations, Kristofferson’s inscrutable gift will forever be enshrined in songs like “Sunday Mornin’ Comin’ Down,” “Jesus Was a Capricorn,” “Me and Bobby McGee,” and “Lovin’ Her Was Easier (Than Anything I’ll Ever Do Again).”

Up-and-comer Ryan Beaver knows a hero when he hears one, and Kristofferson tops his list … so much so that his new RX LP includes an ode simply titled “Kristofferson” (replete with an intro of “Jesus Was a Capricorn”). In it, he frames the paradox in lines like, “You can’t hide a poet’s broken heart in rolled up sleeves” as he traces the life and soul of a man he deeply admires.

Scholar, soldier, songwriter, pilot, actor … they just don’t make them like Kristofferson anymore, do they?

No, they don’t and I don’t know if there ever will be another like him. He was a renaissance man and his legacy shows that.

Even after he left the Army, he split his time between pitching songs in Nashville and flying helicopters in South Louisiana. Can you imagine taking all of that on?

Ha! No, I can’t. That makes me feel like the different hats I balance aren’t too hard when comparing what I do to that schedule.

Because he had a master’s in English literature and a fondness for poetry, it might seem natural to expect a less earthy, everyman style of storytelling from him. What do you hear in his lyrics that reflects the sort of classical side of his nature?

The ability to be poetic but also relate to the common man is an exceptional gift and something I struggle with myself. It’s a true sign of integrity to the song while hitting the human heart with life experiences anyone can get.

You captured his spirit pretty well in the song you wrote about him. What sparked that?

Jessi Alexander, Jon Randall, and I got together one day to write and just started talking about Kris and his career. We could’ve easily talked about music all day, but somehow that led to us talking about moving to Nashville. We talked about how it can be such a tough town, at times, but wouldn’t change it for anything. The song really just blossomed from there. I think there is a little of all of us in that song, and it’s a tip of the hat to the great Kristofferson, as well.

It was such an honor to hear that the family asked Jessi to sing our song to kick off the recent Kristofferson Tribute. It really doesn’t get any better than that.

“Thank you and good night!”

What would you say is the quintessential Kristofferson tune? And why?

“Sunday Mornin’ Comin’ Down” is the song for me. Who can’t relate to that feeling of hurting from the events of a big Saturday night and the abrupt Sunday morning sunrise reminder we all have from time to time? The lyrics hit me so hard: “Well, I woke up Sunday morning with no way to hang my head that didn’t hurt” … so great. It slays from the first line of the song.

With him, Glen Campbell, Merle Haggard, George Jones … what’s been your experience of watching these legends drift away?

It’s bittersweet. I feel grateful to be able to study the lives/careers of these great musicians and sad to see them go. They’re legends for a reason. Their legacy lives on through the amazing body of work they leave behind. What a blessing to get to know someone through their songs? I feel like I understand the complexity of these people with each album they made along the way. I’m reminded of the saying “Don’t cry because it’s over; smile because it happened.”

Apparently, he has claimed that he wants the opening stanza of Leonard Cohen’s “Bird on the Wire” on his tombstone: “Like a bird on the wire / Like a drunk in a midnight choir / I have tried in my way to be free.” If you had to pick some of his lyrics for your tombstone or, let’s say, your Twitter bio, what would they be?

I love what he said in the song “Jesus Was a Capricorn”: “If you can’t find somebody else, help yourself to me.” It’s the idea that I can carry the burden for others. It’s a selfless line and also relates to the story of Jesus taking on others’ sin.