Steady on Her Feet, Emily Scott Robinson Heeds the Call of ‘American Sirens’ 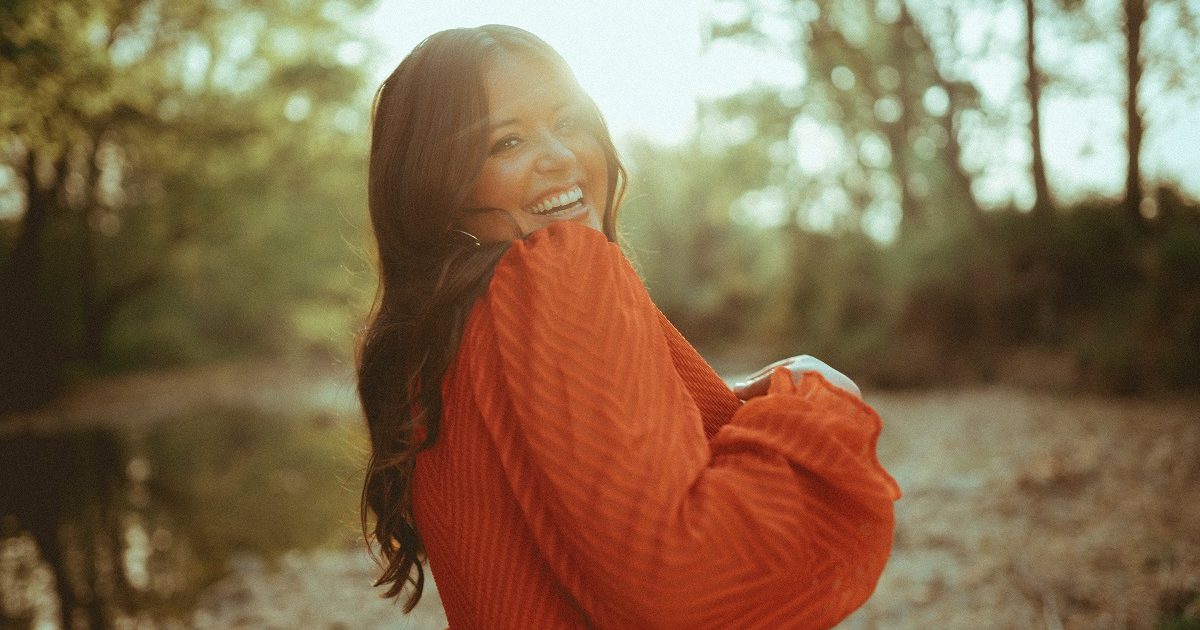 From the stillness and quiet of the last year and a half, Emily Scott Robinson has emerged with a burst of built-up energy and creativity – not to mention a record deal – all culminating in the release of her new album, American Siren, her first release in partnership with Oh Boy Records.

Writing about characters both real and imagined, her storytelling skills are on full display across the album’s ten tracks, as she speaks to deep truths of lost love, lessons learned and dreams yet to be realized. Based in Telluride, Colorado, Robinson spoke with the Bluegrass Situation about building a foundation as an independent touring artist, her advice for songwriters in need of inspiration, and the song of hers which inevitably makes grown men cry.

BGS: American Siren is described as an album that “beckons to those who are lost, lonely or learning the hard way” – which sounds like exactly what people may be needing here in 2021. How much of this album was written during the pandemic and how did that impact your songwriting on this album?

Emily Scott Robinson: That’s a great question. Most of this record was written during the pandemic. One or two were written before COVID. “Cheap Seats,” I wrote in the fall of 2019. And then “Old North State,” which is the homage to my home state of North Carolina, where I was born and raised, was also put together before the pandemic. But all the other songs were written and completed during the pandemic. I think that that gives them a more shadowy tone in general, a deeper exploration of life and transitional periods and change and darkness and kind of what lies beneath the surface when you slow down enough for the water to stop swirling.

To you, what’s the through line thematically between these ten tracks?

You know, I don’t know that there is a specific through line because some of the stories are so unique, but there is an overall really feminine feel to this record. A lot of the songs in the stories are exploring women and women’s stories. They are exploring universal themes, but ones that I see a lot as a woman in my experience and in the lives of my friends who are women. Women who are, like, untamed! [laughs] Or a little bit wild. So, I think the siren theme — the idea that in every song, there’s either something calling to the character or the character is also calling out for something. I think that that works really well.

“Things You Learn the Hard Way” is filled with life lessons and wisdom that we all wish we knew earlier. And you actually did a bit of crowdsourcing when writing this one by asking your social media followers for scenarios and lessons learned. Was that a fun writing and research exercise for you?

Oh, it was so fun! I mean, it’s fun because I can pinpoint who in the world gave me each line. It’s funny because you can sort of see the progress, like the first verse is mostly my stuff. All the stuff about cars, that’s all mine. [laughs] That’s all stuff I learned the hard way. And then I ran out of stuff to write. So, I got on Facebook and this was at the height of the initial lockdown. So, it was in April or May of 2020. And I just asked people, what were some things they’d learned the hard way? And I got so many comments, like over 200 and they were amazing. It was the best. It was so incredible and some of them were so funny. And some of them were totally devastating and wild.

It makes the song special, too, because it’s almost like it’s a song you share with the fans, too, right?

Yeah, completely. The actual thread itself is so beautiful and therapeutic. It just catches this whole range of human experiences. And this is my philosophy as a songwriter: you’ll never run out of things if you just talk to people. People are remarkable and people contain so much and they have the most incredible wild stories and there’s so much that people can tell you. And so, if you feel like you don’t have anything to write about, just go pay attention to the world, like get out of your own head. Just go look around and see what people are living through. … People are sometimes the worst and oftentimes the best and sometimes they’re just struggling right in the middle. I think to be a great songwriter who connects with people, you have to love people. You have to see them in all their beauty and all their ugliness and everything in between, so that’s really where that song comes from.

“Let ‘Em Burn” is a powerful standout that has gotten a lot of attention. And you partially drew some inspiration for this one from Glennon Doyle’s book, Untamed?

Yes. And I love this because I had read Glennon Doyle’s book, and I’d also read a lot of Elizabeth Gilbert’s work. And Elizabeth Gilbert was also in a similar kind of first marriage where she was this character – she didn’t have children, but she wanted to leave and didn’t know if she could and didn’t want to hurt a good man and all of this. And so, I kind of took all those women and put them into the same song. [laughs] For me, having grown up in the South, I know this character really well. It’s not unique to the South, but the woman who follows all the rules and the prescribed rules that she thinks she needs to fulfill in her life in order to be happy. And when it’s her by herself, she looks in at her life and she’s not happy. And so, it’s that question of what happens if a woman centers herself in her own story? What has to change and what has to be destroyed in order for that to happen?

I have had so many people, men and women just cry through this song. This is the song that makes grown men cry. I am telling you! I am so honored that I can transmit a song that would connect to people so powerfully, that they would be so deeply moved, that I would have 70-year-old men in the audience come up to me with tears in their eyes and ask me to write “Let ‘Em Burn” on their record that I’m signing. I mean, it’s so special to me. It’s a song that’s so much bigger than me, and I’m so grateful that I was the one who got to pull it out of the ether.

“Hometown Hero” is a very personal story about your cousin, who died by suicide. Was there any hesitation in writing and sharing something so painful, or was this a way to help you cope with it?

James is my first cousin. And I did want to follow the lead of his immediate family. I would never have shared this story in such a personal way if it was damaging or not something that his family wanted, but his family, my family, have all been really, really honest — including in his obituary and at his service and in talking to people about his life — about how he died and what he struggled with. I felt comfortable writing a song that was biographical and that was true in its detail because they were truthful about his life and his death.

We had a service for him, and it was a full military funeral service, and those images from that day burned onto my memory. I took notes in my journal that night because I didn’t want to forget that day. I knew at some point that I would probably write about it. And I understood that this was a thing that was also universal for thousands of other families and loved ones who were left behind when they lost a veteran in this way or when they lost anybody in this way, this song can be for anybody who lost someone to suicide. I perform this song in every full-length show that I play because there are a lot of people who need to hear it and want to hear it. It tells a story that is familiar to them. It’s a catharsis for them and that’s a healing thing.

You sing about dreams coming true someday in “Cheap Seats.” Does it already feel like with this album and the recognition you’ve gotten these last few years that some of those dreams are already being realized?

Oh, 100 percent. I feel like I’m that girl in that song … I am the girl in that song. I knew I had something inside of me that wanted to get out, and that’s really what that song is about. I firmly believe — this has been my experience in my life — that you have to fully experience where you are in order to be ready for the next phase. And there’s a line in there that’s so true for me, “I want everything before I’m ready.” And the true gift of my life is that they’ve always waited for me until I could enjoy them, until I could handle them.

If I would’ve gotten a record deal a couple of years ago, with the stress or the pressure of that, and the self-confidence that I didn’t quite have … I have this level of confidence and connectedness to my own work and my audiences now that I didn’t have three years ago. Because I built that being an independent touring artist. I built this deep well — it’s like I put down these deep roots of being so steady on my own feet that anything that came or went around me could not shake what I have within me. And that is a true place of beauty and power to approach the next phase of my career from.