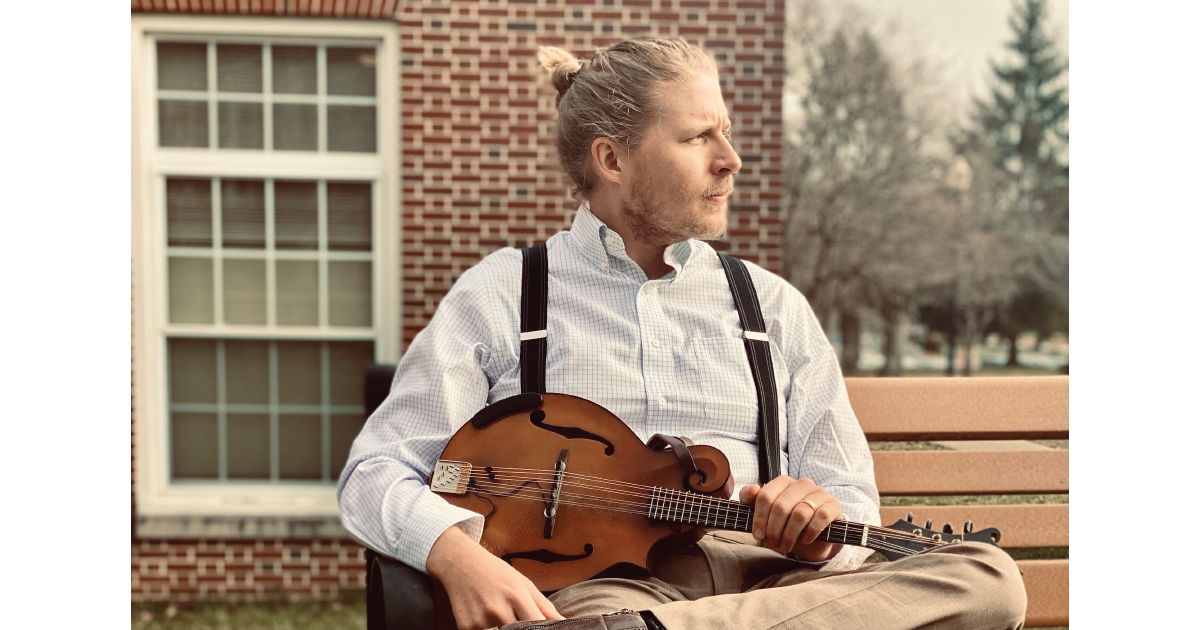 Editor’s Note: Christopher Jones is director of the Appalachian Music Ensemble, a performing group at West Virginia Wesleyan College. He got his start, however, in the classical world. He holds a bachelor’s degree in cello performance, and a master’s and doctorate degree in music composition from West Virginia University. For his newest project, he has reworked Bach’s iconic Goldberg Variations for mandolin, banjo, and guitar.

In Their Words: “This project is something that I had thought about for a long time. Not necessarily that I wanted to record it myself, but that it was something that I really wanted to hear. When everything shut down last year and the world was upended, I made a split-screen video of the ninth variation, and then the second, and realized I might as well do a studio recording of the entire thing. I think I turned to this piece as something that had that satisfying and comforting sense of order and normalcy, even though the scope of the whole thing can feel chaotic. Each variation is an exercise in perspective, begging the question of ‘How many different ways can I look at the same problem?’ It was a lens to try and make sense of things.” — Christopher Jones