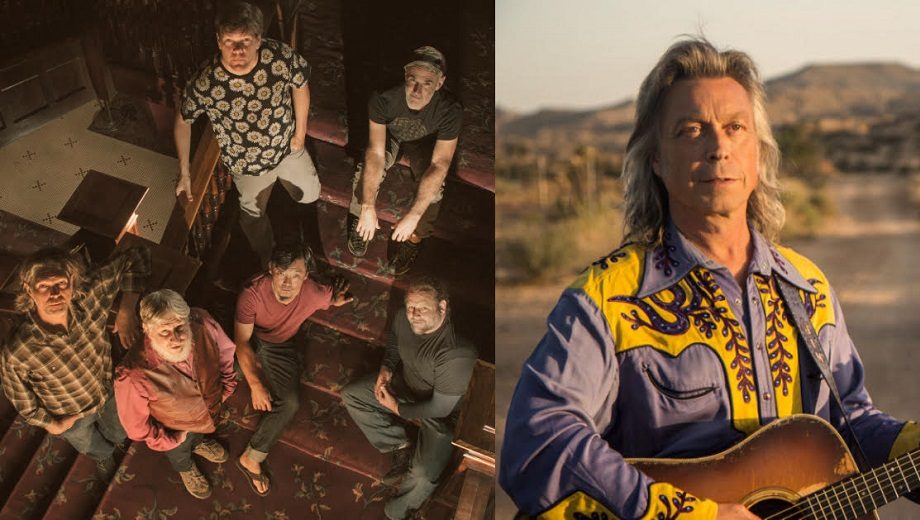 Colorado-based jamgrass troupe String Cheese Incident turned 25 this year, and although they’ve already established themselves as one of the most accomplished groups in jam music, they show no signs of slowing down in the next quarter-century. The band has spent their 25th year touring the country and releasing new music on a regular basis, their most recent single featuring the country-music-great Jim Lauderdale. (See the premiere below.) We called up SCI’s lead singer Bill Nershi to discuss the history of the band, how they’ve managed to stay so productive, and more.

BGS: Thinking about the fact that you’ve been a band for a quarter of a century has got to be awe striking. How have you managed to continue doing things your own way for so long?

Bill Nershi: Ever since we started, which was really 1995, we decided we were going to actually go for it. We met and played some local shows for a while, and then we moved out here to Boulder in ’95 and really started getting after it as far as touring. All these bands used to look for record deals and when we talked about it with other bands who had been through that we heard a lot of negative stories about dealings with record labels, so that’s when we decided to start our own label.

Twenty-five years ago, that must have been a big decision to make. How did the band come to the conclusion that music is what you were going to commit to?

We’ve always been trying to achieve things and get the best results we can from playing together. We work hard on rehearsing. Trying to improve our weaknesses as a band and trying to promote the positives. But really, when we first started, we were encouraged by the audiences that we were playing to and that really motivated us.

I had been playing a long time, and other people in the band had played music with different people, but that was the first time for me that I got together with a group that clicked right away. Even before our skills were really developed musically, there was a chemistry that we could feel — mostly that the crowd had picked up on — and that encouraged us to go for it. From then it was just “How are we going to go about this?”

We’re not going to be the band that has the hit single. So, we looked at some of the bands that had paved the way for us a little bit. How did the Grateful Dead do it? They didn’t have a hit for a really long time but they developed a following. And Phish of course was already successful. So we decided we were going to have to start traveling around and playing lots of shows in lots of different areas of the country to hit all the regions. We had two years where it seemed like I was gone almost the whole time. I think we played 450 shows in two years, and that gave us a lot of momentum for developing a bigger fan base.

It sounds like you approached this very methodically and really thought about how you were going to fit into the grand scheme of music.

Yeah, it needs to be thought out. Especially when you’re out that much and making sacrifices. You know, not seeing your family, or even just not being able to be at home. The idea for us was always, “We want to make every gig count.”

We were going around the country playing these clubs. Some of them had good sound systems, some of them didn’t, but we were carrying our own sound system. Money that we were making touring, which was not a lot back then, we put back into the band. We bought a sound system. We bought a bus from Crested Butte Mountain [Resort], and it was a good transit bus. We gutted it and put in bunks, so when other people were driving around in those little vans, which were just kind of torture chambers on wheels, we had our bus that we were driving around the country with.

We had a trailer with the sound system and our back-line amps and stuff, so we were going into places and sounding a little bit better than the last band sounded, you know? Trying to make it count when you’re making a lot of sacrifices. You don’t want to be wasting shows and wasting the ears that you do get in the room.

And that hits on another point: You’re perhaps best-known for your live performances. How does performing a song live contribute to its development before you hit the studio to record it?

Sometimes you have a new song that you play the same way for months, or even a year, and then you discover a different part or a way to open up a section of a song and go a little bit of different direction. Or you decide, “Hey, this would be better if it had one more verse here.” Things happen that change the song. It’s a bit of a quandary whether that’s better, or whether it’s better to release a song, let people hear it, and then play it live, which is what we’ve been doing mainly lately.

Sitting down and arranging a song in the studio before you play it live — what does that process look like for you?

You want to try to look at the song at some different angles and play it with some different approaches to see if there’s anything there that you may have missed or you might be able to add to the song, or what parts are expendable if you want to make it a little shorter.

The thought in the back of your head is, “I hope I don’t put this out and decide that part of it would be better played a different way, because then we’ll have to change the song and it’s going to be different than what the recording is.” You’re trying to exhaust some different ideas to make sure that you’re not missing something, and at the same time thinking about what are the crucial things that make this song tick so they can be brought the forefront when you record. Build the songs around the best ideas in the songs.

I’ve written, and other members in the band have written, with Jim Lauderdale before and we’ve always had good results. You never walk away from sitting down with Jim empty-handed. He’s like a stream of ideas. You get done with one idea and he’s already singing some melody into his recorder, or some lyric from your conversation with him. And he has this whole chain of ideas going at all times.

I like to show up when I write with Jim with some different ideas of my own. Whether it’s a chord progression, or a lyrical idea, or a concept. Just an idea for a song. So I went out to Nashville and spent a few days out there with him, and you don’t want to go into a project like that and be sitting around going, “Uh….” So you come in with some ideas.

For this song, “Stories for Another Day,” I had this melodic chord progression with all these different parts. I played with a few different ideas and I played this one thing in D minor that I had been working on. I had been trying to think about how to make it work as an instrumental, or with lyrics. I played it for him, and he picked three chords out of one of the three different sections and said, “Let’s just write a song with that chord progression right there. Those three chords.”

So I had a lot of stuff that was maybe gratuitous in this concept that I had and he plucked this one simple idea out of it. We sat down and started writing some lyrics to that. It’s great writing with Jim.

Looking at some of the artists you’ve collaborated with in the past 25 years, the list is seemingly endless. How much of your own sound has sprouted out of collaborating with so many different kinds of artists?

Everybody’s contributing, so you get this blend of different styles and you can come up with something you definitely would not come up with on your own. You also learn things from the different people that you write and play music with. They rub off on you either consciously or subconsciously. Co-writing and collaborating is really important.