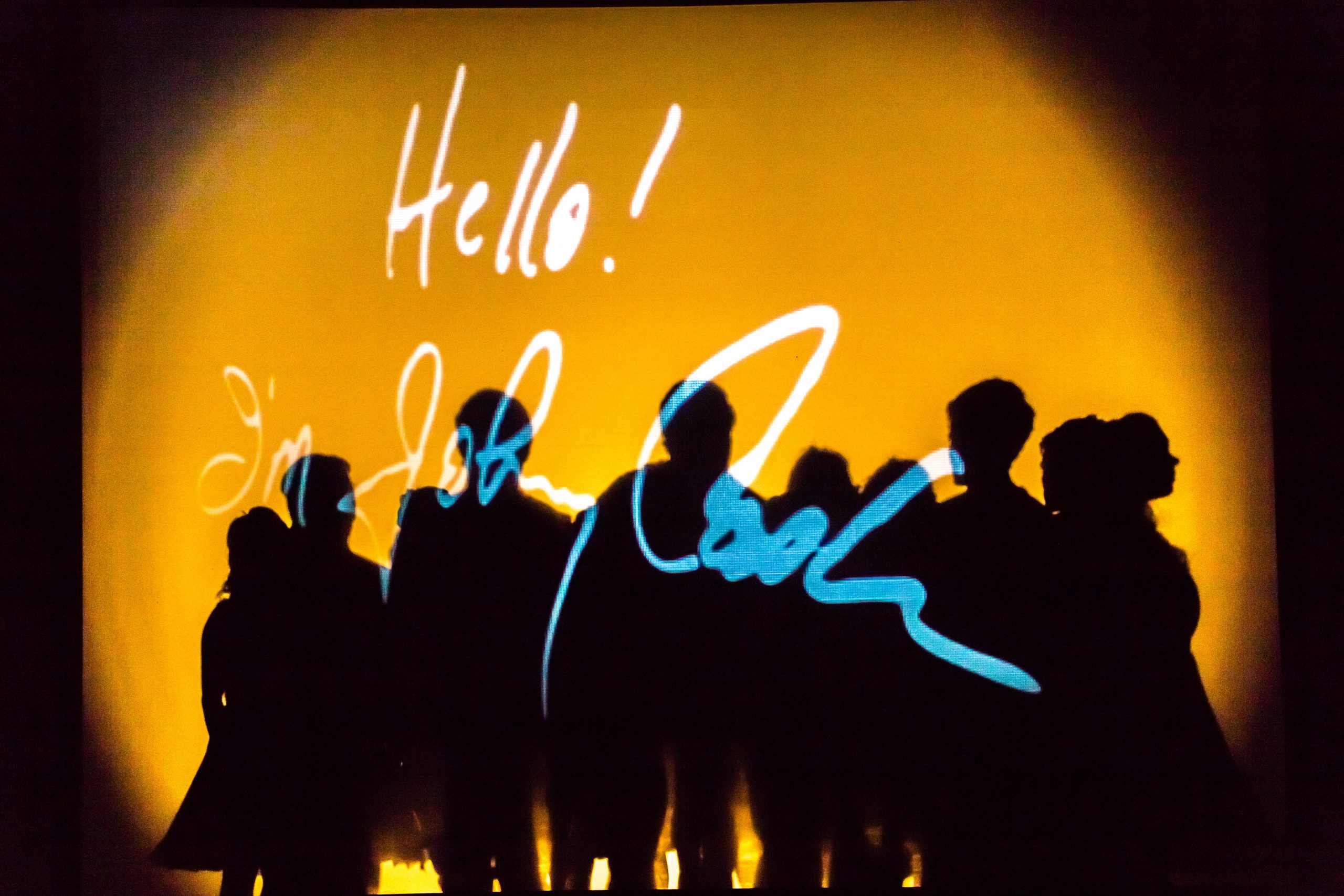 In 2014, the Nashville Ballet performed “Under the Lights,” an original ballet about the life of legendary country artist Johnny Cash. This year, the Ballet will reprise the show’s performance as part of Attitude, an annual series celebrating contemporary dance.

Nashville’s Sugar + the Hi-Lows reimagined a number of Cash songs for that 2014 debut and will return for this year’s series of performances, which run February 9 – 12. The duo, comprised of songwriters Trent Dabbs and Amy Stroup, were recruited by Nashville Ballet dancer and “Under the Lights” choreographer/creator Christopher Stuart.

“We watched Matthew Perryman Jones perform with Attitude four years ago,” Dabbs explains. “He’s a dear friend of ours, and we thought the idea of having these two art forms come together is really something else. Chris Stuart had reached out to Lightning 100 to ask Mary Brace, who’s a DJ there, if she had any picks for who would make a good match for this concept, and she said us and Chris called us. That’s how it started.”

Stuart was initially inspired to develop “Under the Lights” after he saw the music video for “Hurt,” Cash’s 2002 cover of a Nine Inch Nails song that the artist released not long before his death at the age of 71 in 2003. For the most part, the 2017 performances will stay true to the show that Stuart and the rest of the Nashville Ballet debuted in 2014, one that Stuart worked carefully alongside members of Cash’s own family to curate. “I think we’re switching out one or two songs but as a format, it will be pretty much on par,” Stroup explains. “Last Summer, we got to go with Chris and some of the Nashville company to Little Rock and perform it, as well. It’s just been an incredible experience to see the ballet and see it in full. It’s pretty much the same story, with Johnny Cash and some of his best-known work and some of the duets with Johnny and June brought to life.”

Songs included in the ballet include “Ring of Fire,” “I Walk the Line,” and “God’s Gonna Cut You Down” — the last of which is a personal favorite of Dabbs’ — as well as a handful of Sugar + the Hi-Lows originals. Though honoring Cash is at the heart of the project, Dabbs and Stroup work a bit of their soulful blend of rockabilly-tinged pop into the mix, too, as well as a healthy dose of historical context.

“When we were first asked to approach this, first of all, Trent and I were like, ‘How do you approach such a legend’s work?’” Stroup says. “Trent and I are both songwriters, even outside of being Sugar + the Hi-Lows, so we found it interesting to go back and research and find out how and why these songs were written. For example, a song like ‘Ring of Fire,’ we think of Johnny Cash’s version of that song and the horns that we hear and it’s really upbeat, but the song was actually written by June and two other people, and she wrote it more as a ballad and she played it for Johnny and he had a dream and heard the horns in the song. Then he said, ‘Hey, can I cut this version?’ So, on that song, we kind of perform it more as June wrote it.”

As passionate fans of both Cash and of dance — if you’ve heard their latest album High Roller, you already know it’s tailor-made for the dance floor — both Dabbs and Stroup have found “Under the Lights” to be one of the most artistically and emotionally fulfilling experiences of their musical careers.

“I think being such fans of dance that it’s kind of like going to a show while you’re playing it,” Dabbs says. “In fact it is. [Laughs] But it’s much more experiential than anything else live. We both try not to watch the dancers too much, but when you look up and get a glimpse of what’s happening, it affects you in a lot of emotional ways and, to me, the experience of the whole thing is much more powerful than just us and a band playing in front of people.”

When the final curtain closes on this particular Attitude performance, it won’t be the duo’s last rodeo with the Nashville Ballet. They already have plans to take part in Seven Deadly Sins, which will feature music from the current roster of Ten Out of Tenn. That show debuts in May.