TEN QUESTIONS FOR… The Cerny Brothers 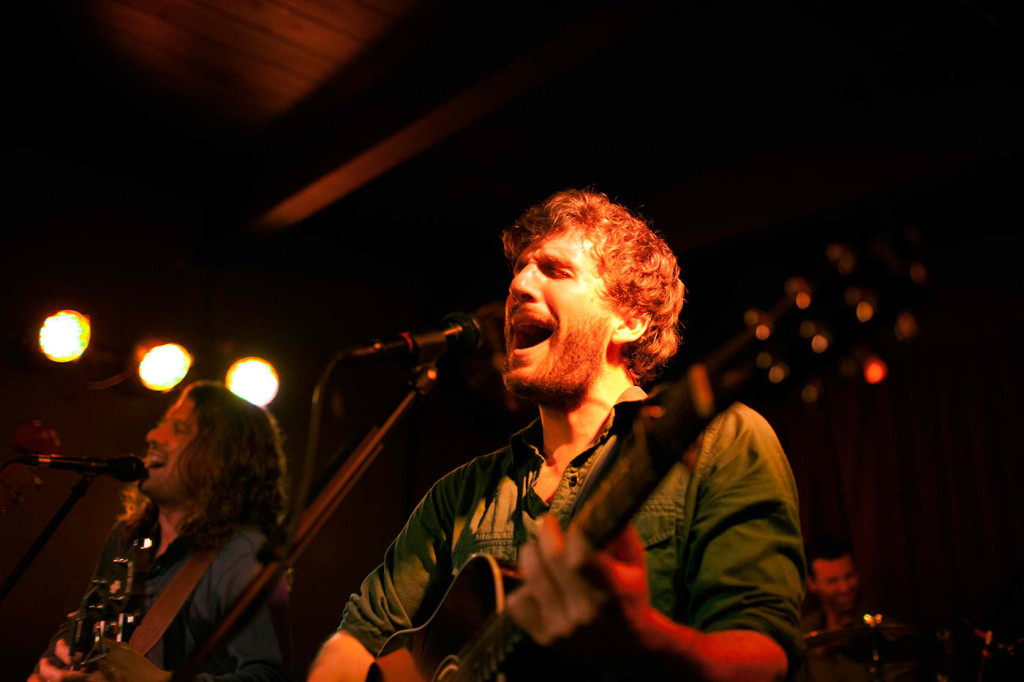 Robert and Scott Cerny are the core of folk-rolk quartet THE CERNY BROTHERS.  Prior to tonight’s show at LA’s The Mint (where they’ll open for JOY KILLS SORROW), we asked the band a few personal questions…

What are the origins of the band?

My brother and I have been playing music basically since we could talk to one another. In junior high we recorded 8 minute long piano songs and alternative rock songs as a cassette EP that we sold to our classmates for $5. The music wasn’t great. We were honestly just trying to imitate what we thought was good, but the music we thought was good probably wasn’t that good. We were 13. We also screamed a lot and were part of a larger angsty hardcore scene in the Midwest at the time. You know, barns out in the middle of nowhere filled with hardcore kids screaming and thrashing. It was wild. We used to stretch and do jumping-jacks before shows to get the heart rate going. When we went to college together in Dekalb, IL, we secluded ourselves one summer and recorded an electronica album in the room we grew up in. It might work for Skrillex, but after a while, having a drum machine as a bandmate got old. We moved to Los Angeles after college and found drummer Cody Fontes, who is actually a real person (and quite handsome too). His playing has become an integral part to The Cerny Brothers sound. We also met Gabe Joseph Davis, who filled out the band with his upright bass. We all happened to move to LA for music around the same time. And that’s The Cerny Brothers.

We were really inspired by the Avett Brothers around the time they released their “Emotionalism” record. We’re sort of minimalists at heart, and we’ve been affected by that whole movement quite a bit. Sufjan Stevens, Bob Dylan, Bon Iver. Death Cab for a Cutie, Jimmy Eat World, Mutemath, and James Jamerson all influenced us as individual musicians and a band.

How would you describe your sound?

We call ourselves a folk rock band, and at the core of what we do that’s true. But we have a lot of different elements that make that up, such as a heavier drum sound that really propels the music’s edge. It makes us a heavier rock band at times, where as the banjo, acoustic guitar, and upright bass lend that folkier sound. Then you have the songs, which lend themselves more to a Springsteen era which definitely comes from a dancier rock feel. Sometimes we have electric guitar, paired with a banjo, with the drums wailing in the back. I don’t know exactly what you’d call that, but we call it The Cerny Brothers.

If you weren’t based in Southern California, where would you live?

Robert: No idea, usually I grow tired of a place after a year or so. It’s all the same.

Scott: Growing up in Illinois, I’ve always kind of felt an inclination to head out west. I suppose I would live right on the ocean if I could. That’s the dream.

What is your favorite venue in Los Angeles?

We like Doug at McCabe’s. He probably doesn’t even know our band is real.

To be honest, there’s nothing better than ice cold milk at 3 in the morning after a plate of perfectly baked chocolate chip cookies.

Robert: Whatever date that Perotin premiered “Viderunt omnes” to the Church and introduced four-part harmony for the first time. Not to be a pretentious prick or anything.

Robert: This Spanish restaurant I ate at one time but I can’t remember the name of…

Scott: I would probably go to the Reel Inn in Malibu.

What’s next for the band?

We are thinking about going back to our roots and putting out a hardcore album… In all seriousness though, we would love to do a show in LA where we just cover the entire Blue Album by Weezer.

You can learn more about The Cerny Brothers and download their new self-titled album by visiting thecernybrothers.com.  Tickets for tonight’s show with Joy Kills Sorrow are available at THE MINT website.