Test Your Knowledge of Bluegrass Trivia with This New Book 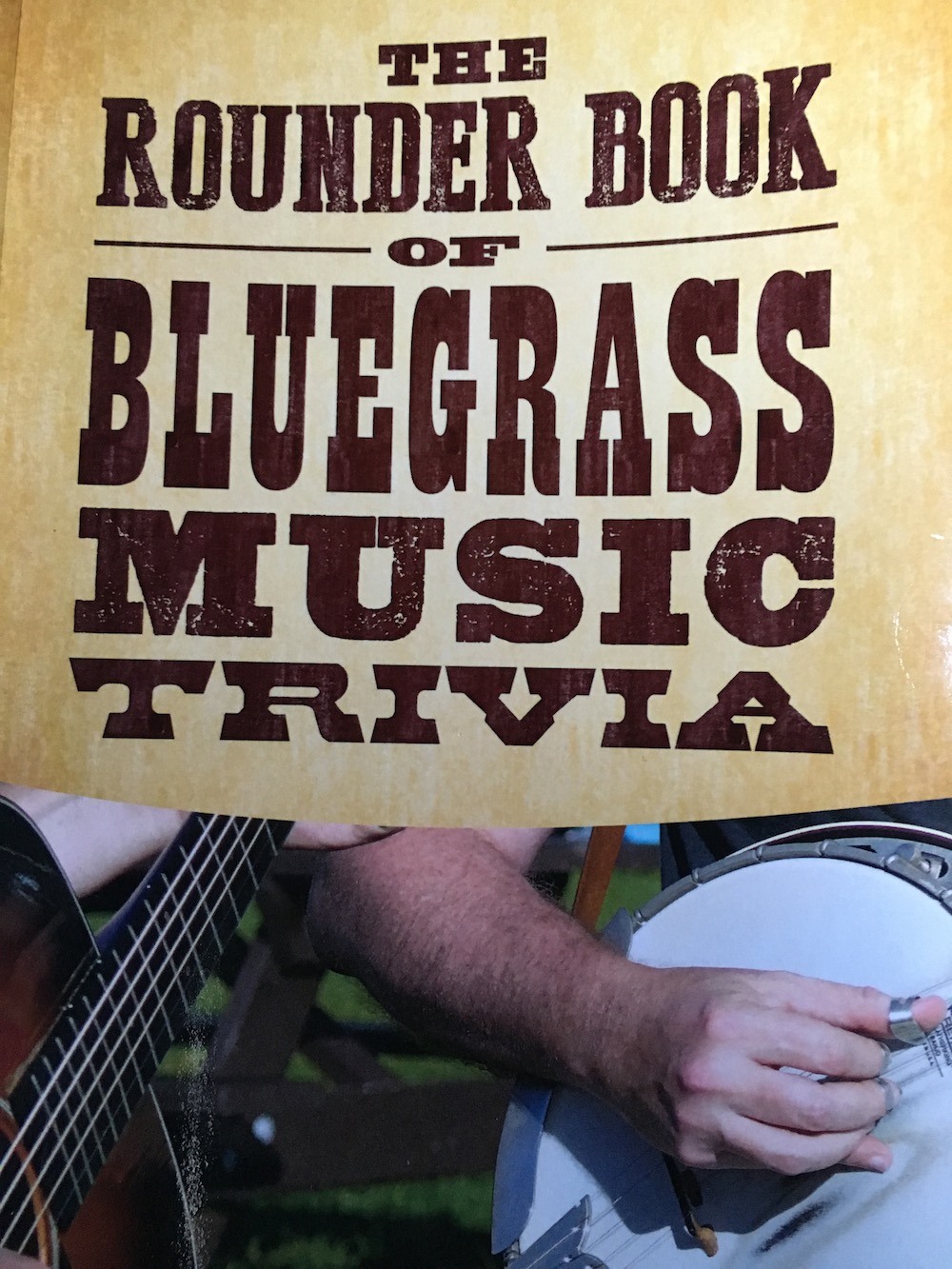 Which bluegrass artist is also known as the member of the Bar? Who was never a member of the Newgrass Revival? Who was the founder of Alison Krauss's band, Union Station?

If you answered Charles Sizemore, Pat Enright, and John Pennell, we want you on our trivia team. If not, don't worry. While we fancy ourselves bluegrass aficionados around here, we also found ourselves stumped a number of times while reading through the new book The Rounder Book of Bluegrass Music Trivia.

Written by Rounder Records co-founder Bill Nowlin, the book, which came out earlier this year, features 272 questions spanning a wide range of difficulties. You'll find questions in the front and a handy answer guide complete with background information on a number of questions — Charlie Sizemore is, in fact, licensed to practice law in both Tennessee and Kentucky — in the back. In addition to fulfilling his role at the famed Rounder since 1970, Nowlin is a prolific writer with several books published about baseball and the Boston Red Sox, and he was inspired to write this book after writing a similar column for Bluegrass Unlimited.

"I did that for, more or less, a couple of years," Nowlin says. "I knew, as I started doing it, that I was building toward something that I would put out as a book eventually, but it was put together kind of a month at a time. It's not like I sat down and wrote the whole thing start to finish. That gave me plenty of time."

Even writing a month at a time, Nowlin displays an impressively deep knowledge of bluegrass in his work — one he also credits to listening to the radio and a little help from his tenure at Rounder. "I listened to Bluegrass Junction a lot on Sirius XM," he says. "And we've been putting out bluegrass records on Rounder since 1970, so there's a lot of personal knowledge and experience there and so forth. But listening to the radio, I would tune in and get ideas."

While he may be the best educated guy at bluegrass trivia night, Nowlin's knowledge of bluegrass is rivaled only by his knowledge of baseball. "I have more time these days since we did sell Rounder," he says. "We're all three involved, but we're less involved than we were originally. I'm on a mission to write a biography of every player from the Red Sox from 1900 to 1950. I'm five people away, at this point. I was working on a guy named Charlie Sands. He was a pitcher. He pitched a few years in the major leagues."

If you're looking to impress Nowlin, he writes in the book's introduction that, if he had a "system to try and monitor" it, he'd have "a special prize for the reader who gets the most [questions] correct." So, how many Grammys were won by the Stanley Brothers? Grab a book and get back to us.