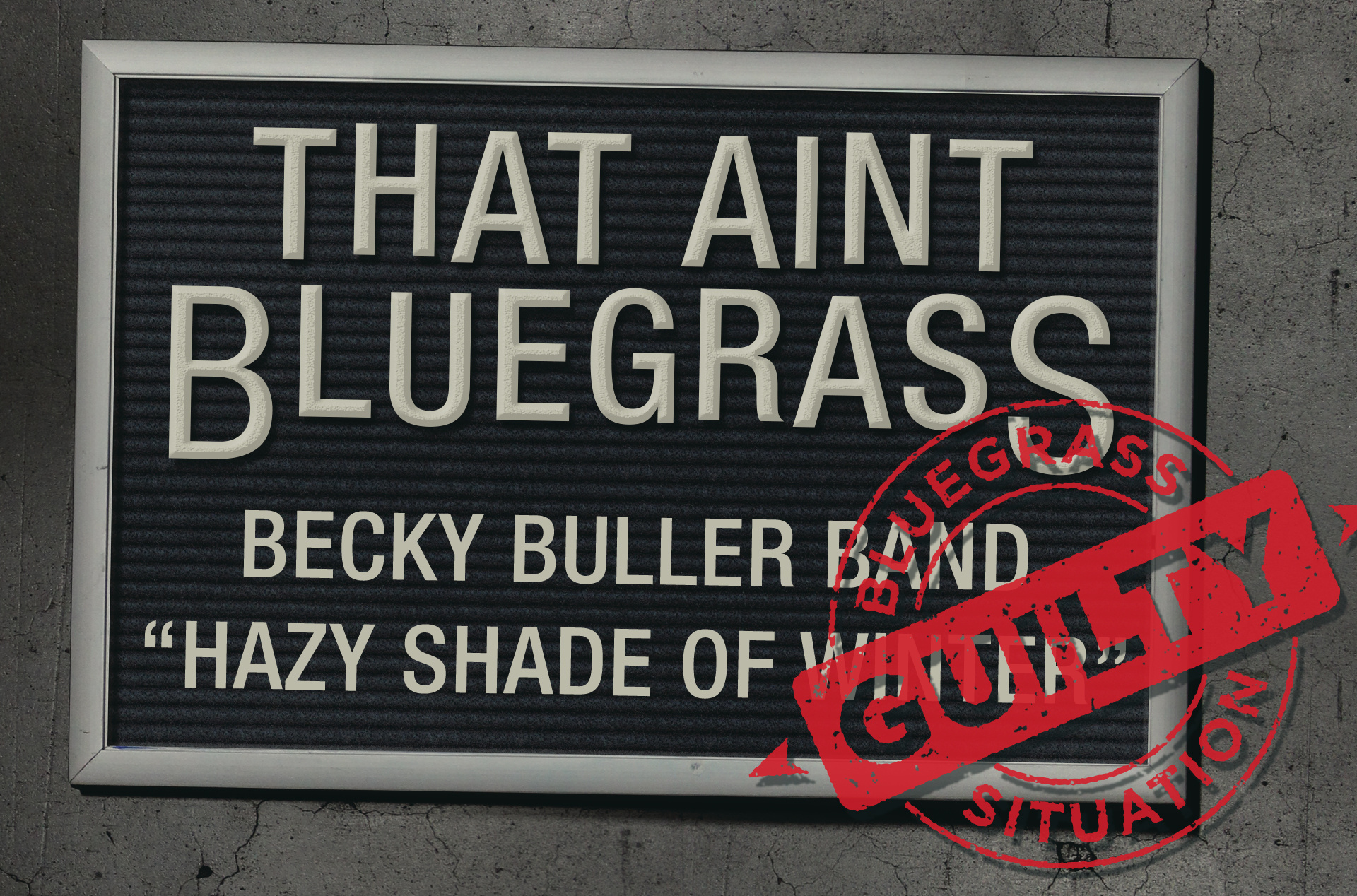 When I was in high school, a friend of mine introduced me to the music of Simon & Garfunkel. It really got me through kind of a dark period in high school. No one at my school played bluegrass music. My hometown would not really know about bluegrass, if it hadn’t been for my family. [Laughs] I’m from St. James, Minnesota. It was around ninth or 10th grade, I was feeling like an outcast and uncool. I made peace with all of that about a year later, when I became okay with the fact that I was different. During that dark period, I really fell in love with Simon & Garfunkel’s music. I got all of their records and learned their songs. It was a great school of songwriting. I love those records.

So this year, I’m trying to incorporate more songs that introduce a different feel and flavor into the show. We’re trying to keep it interesting. We’ll do “Hazy Shade of Winter,” then we’ll roll into “Carroll County Blues” or something. I like to keep a variety of feels and styles in the set to keep people engaged. We were doing a show at the Station Inn back in February and I thought, “Well, it’s wintertime, let’s do ‘Hazy Shade of Winter.’” It’s relatively new to us. The last couple of year’s we were doing Paul Simon’s “Keep the Customer Satisfied.” We’ll throw in a James Taylor tune or two. We all love a variety of music.

It’s kind of a tradition for bluegrass artists to take songs from outside the genre and interpret them through a bluegrass lens. It’s been happening since the first generation. Why do you think that is?

Since the beginning! Because they were influenced by their time, and they were kind of pop music at the time, in a way. Bluegrass was under the umbrella of country music until the ‘50s. I can think of Jim & Jesse doing “Johnny Be Good,” the Country Gentlemen, Reno & Smiley, J.D. Crowe and the New South did Simon & Garfunkel tunes. I’m a little hazy on the history.

To me, it’s all about sharing songs that I love, that I’ve loved for a very long time. It also might draw in some audience members who aren’t necessarily bluegrass fans. We often have people who come up and say, “I don’t like bluegrass, but I like what you do, so I’m gonna listen to it more.” I love that. I love being an ambassador for the music.

What about “Hazy Shade of Winter,” do you think, makes it particularly suited for a bluegrass band?

[Laughs] We’re pretty much just doing what they did — feel and everything — just on bluegrass instruments. I love it because it’s a kind of a rock ‘n’ roll feel. I think the way I have it in the set, rolling into “Carroll County” — I’m still experimenting with it and how to fit it in — but we come out of a song that I wrote, that’s very bluegrass, then into this rock feel. I just wanted to do it exactly as they did it, because I wanted that feel in the set. Then we do “Carroll County,” then we take it down into this three-quarter time sort of thing. That’s something that I have to give credit where credit is due: I got that from Valerie [Smith]. She’s very good at that, pacing a set, putting in things that mix and match feels, keeping things rolling, and keeping things interesting.

What’s your favorite thing about performing this song?

It’s fun to get to duet with Nate [Lee]. It’s a duet all the way through. Nate has just recently started singing more with us, because Daniel Hardin was singing the higher part, but he left the group at the end of last season. Nate has really stepped up. He’s doing a great job. This is fun, because this is one that we specifically worked up together, so he’s not just taking up [Daniel’s] part. This is his thing — he’s making it his own.

And again, just that rock ‘n’ roll rhythm! It’s very in-your-face. I love it. It grabs the audience’s attention. I love that I have a band that’s up for doing some off-the-wall stuff. They’re so good; they can just do it. It’s not a hardship for them at all. They sound awesome. I’m thrilled to get to pick with them.

[Laughs] No, but it’s good music! I tell folks that we love all music from all branches of the bluegrass family tree. That’s what we try to do in the set — we mix it up. Mainly what we’re doing, aside from the whacky covers, is original stuff. We’ve been influenced by all of this wonderful music that’s come before and we’re definitely students of the music. I’d challenge anybody to tell Professor Dan [Boner] he’s not bluegrass! [Laughs] We try to be very nice, when we say that! People just want to be heard and that has value. I appreciate that they take the time to come up and talk to us.

Again, there’s that long and glorious tradition of covering current music, current pop tunes, in bluegrass. I guess this is current as of like, late ‘60s … but still. It’s so fun to see the audience light up. Yes, it’s also fun when they connect with the new [original material] we’re presenting, but I think doing the older tunes, things that they’re familiar with, helps them connect with that newer stuff we’re trying to share with them, too.