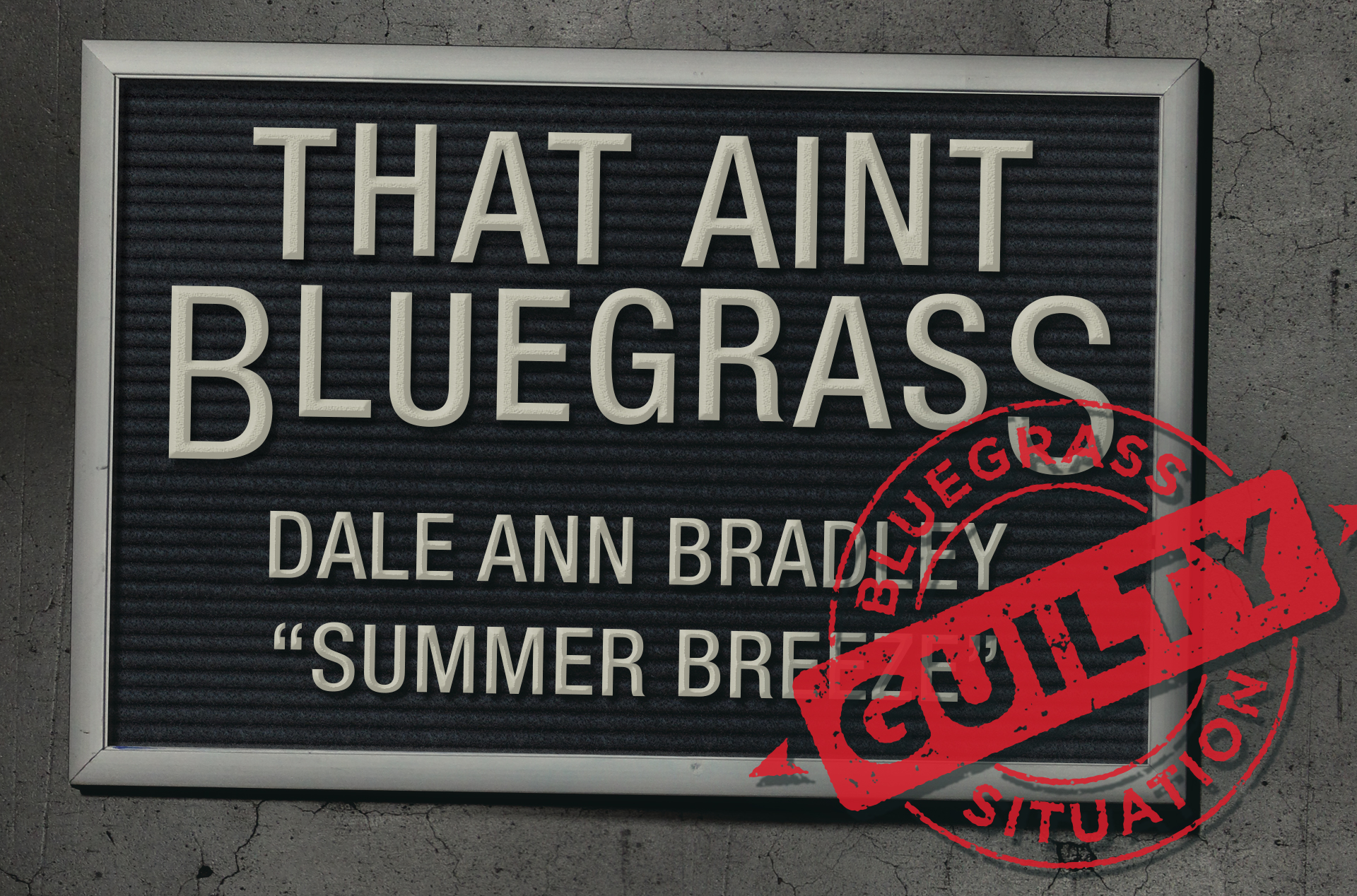 Where did you first hear “Summer Breeze?”

Well, I probably heard it on the local radio station. And I can’t remember exactly what year it came out, but I know that I was small. Loved it then — of course I loved everything Seals & Croft done — but that song, for years and years, was just one of those you heard every time you went into a grocery store. You know, wherever you went, you’d hear that playing on the system there, as you still do today. I heard it probably, I guess, when it first came out. Just on the radio, though — static-y AM — ’cause I had trouble getting any kind of recorded music and that one might not have been available anywhere near me! [Laughs]

What do you think makes “Summer Breeze” a good bluegrass song?

Well, to me — now I don’t know what everybody else will feel about the song — but the song sounds Celtic to me, which would be the roots of this music in one way or another. It has so many roots — blues and what-have-you, jazz — and it’s made up of so many styles. Once I started listening as I got older, like I said, I first heard it when I was a little kid, when I got to listening to different banjo players and I got really into the Country Gentlemen, Seldom Scene, New Grass Revival, and started hearing different styles of banjo playing — then, of course, I knew Alison Brown would just deliver like she always does.

So the lyrics and the melody both, it was just haunting, it was minor. Everything about it, to me, was just like our traditional songs, it just had different instrumentation, but rhythmically and everything else. “Leave the curtains hanging in the window” — of course, we’d say “winder” — “in the evening on a Friday night. Little light shining through the window lets me know everything’s alright.” Well that’s, Lord, Bill Monroe and everybody’s written songs like that for years!

When it come time to do Somewhere South of Crazy, which that song is from, I never had done a cover tune before just to have one on an album. The fact that Alison Brown was going to play banjo on it had a whole lot to do with that, because I knew, like I said, that she would deliver what I heard in my head. Having Steve Gulley and Kim Fox doing harmony had a lot to do with it, too, because they’re like me — they like all styles of music. It’s not a traditional [harmony] stack, even though I hear all the tradition in it. It would take maybe people that were familiar with other styles of music for that harmony to be natural and comfortable for them. Not that anybody else couldn’t do it, but I was excited about those two.

Bluegrass artists have reworked popular songs and turned them into bluegrass songs since the beginning. Why do you think they do that?

I think it’s because it’s all entwined. You take those songs, you’re talking first generation, Lester and Earl even, people who had done “That’s Alright Mama,” “Blue Suede Shoes,” or “Johnny B. Goode” — I guess Jim and Jesse was famous for that. It was a blues thing — it’s the blues in all of that that connected it. And even the lyrics. Even though those lyrics came from wherever, Mississippi or wherever, it still rang true to the whole South — and the whole place where bluegrass started. Of course, it’s evolved and every demographic has latched onto it and it’s become everybody’s music. I think that’s why. The blues sound. It’s fun to play.

That’s actually my next question: What is your favorite thing about having this song in your set and performing this song?

If we’re talking about “Summer Breeze,” in particular, it brings back for so many people my age and older — because that song has been around a long, long time — it spans generations of listeners. It’s still familiar today. So I love to see that in their eyes like, “Oh, yeah, I love that song!” And I want to showcase what bluegrass musicians can do. And how it’s all so similar. It’s music. Some things may work better than others, but you know, I’ve found that mostly it will work.

[Laughs] “It ain’t bluegrass” … Well, I’ve heard that for so many years! Now, I’ll tell you: I am hearing a different theory to that now, just from basically people my age and a little bit younger. You hear so many of the ones that were so dyed-in-the-wool — and God bless ‘em, and I’m dyed-in-the-wool, too — I just figured that it can expand.

Bluegrass artists, you can put them anywhere, any setting, and they’re gonna be able to execute anything. It is true. If people would just listen, they will see so many similarities. “Summer Breeze” is more than three chords, but listen to Bill Monroe’s “My Last Days on Earth” and compare that melody to “Summer Breeze.” Or any of that! The Stanley [Brothers] stuff, even though it’s more Appalachian, there’s still similarities. All people have to do is not purposefully block their thinking. And if you’re listening to it and it’s something you don’t like it, turn it off! [Laughs] People have to go a long way to say, “Well, I got up and left when this one got up, and I got up and left when this song was played.” Well, good! Leave and hush about it, ’cause there’s a bunch of people that liked it! [Laughs]