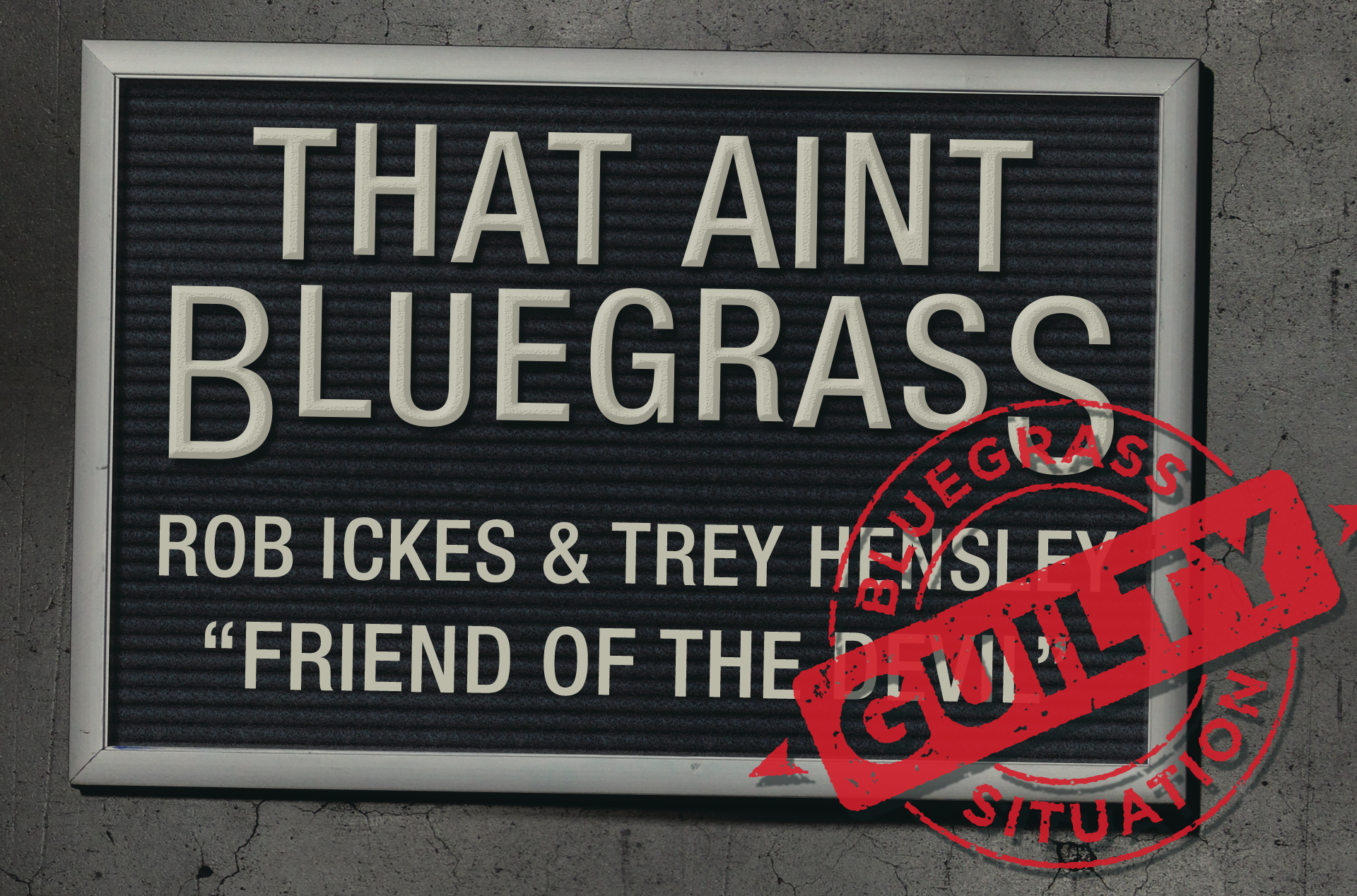 Where did you guys first find this song? From the Grateful Dead or from a secondary source?

Trey Hensley: I picked it up from the Dead. The first — maybe the second — record that I bought by the Dead was American Beauty. It felt pretty natural, the original is somewhat bluegrassy. It has [David] Grisman on it, so it felt like it would be a cool tune to cover. I took it to Rob one of the times we were rehearsing and it just fell in — it was perfect.

What else about the song made you feel like it would fit solidly within bluegrass, not just on the fringes?

TH: I liked the subject matter; it’s just a well-written song. It already had the melody of a bluegrass tune, and I know that the Dead got a lot of people into bluegrass, from Jerry [Garcia’s] banjo playing and Old and in the Way. That slightly outlaw-ish subject matter just fell right in with what I think of when I think of traditional bluegrass tunes.

What was the process for you guys putting together this song?

Rob Ickes: I felt kind of ignorant because it’s such a huge song and everybody knows it, but I had never heard it before! I love that. I think my ignorance helped my enthusiasm for the song. I had never heard it before, but when Trey brought the song, I just loved it. I loved the subject matter, also, and it sounded like a cool bluegrass thing. We came up with that little hook on the top of the song — it kind of reminds me of “Blackberry Blossom,” the way the chords go. We came up with that melodic figure, that’s like a fiddle tune, with a bluegrass feel to pull it more toward ‘grass than the original version. Also, I heard that the Dead never performed the song at that tempo (on the record) again. They would perform it pretty slow.

I think because it’s a Dead song, it lends itself to a sort of space jam in the middle of the tune. When we play it live, we really pick it out. It’s a showcase for both of us, but especially Trey on the guitar. He really takes it to the moon and back. We just did a bunch of shows with Tommy Emmanuel and David Grisman, and we closed with that song every night and would send it out to David, because he played on the original, of course. People went nuts over that instrumental section.

Is the jam section your favorite part of playing it live? What else do you love about performing it out?

RI: For me, it’s just hearing what Trey does with it every night. [Laughs] It’s always totally different. He’s just a great improviser. It’s fun to hear all the different stuff that comes out of him every night.

TH: I would say the improvisation part. It puts me in that Dead state of mind. You want to come up with something different. Being into bluegrass and jazz and all kinds of different stuff, improvising is my favorite part of music, in general. Especially on that one. There are no rules. It has a shape, but within that there are no rules. It’s pretty much a free-for-all. And I like that it can be as loose as we want it to be. It feels great and it’s always fun.

Ever since the beginning of bluegrass as a genre, there’s always been this tradition of covering songs from outside of bluegrass. Why do you think that’s something that still continues to this day?

TH: That first Bill [Monroe] record has so much on it that, by today’s standards, would not be considered bluegrass — like organ and other stuff that’s kind of outside the driving thing that bluegrass has become. I think that’s the beauty of bluegrass: It can work within whatever you want it to be.

RI: You know, Earl Scruggs was listening to Benny Goodman, and he was really into this clarinet player named Pete Fountain. Bill Monroe was listening to Jimmie Rodgers. Arnold Schultz, a great blues guitarist from Kentucky was, of course, a big influence on Bill. That’s what I like about what Trey and I are doing. It’s kind of rooted in bluegrass, it has that energy, but we’re exploring other music forms. When we play live, we’re usually playing acoustics, but we have some pedals. We’re playing through pickups. I’ll use a phase-shifter at certain points on that song and Trey will use a wah pedal, kind of tipping his hat to Jerry Garcia — even musically, he’ll quote some Jerry Garcia licks in his solo. We’re using this bluegrass background, but we don’t live in that shell. I’m a big fan of John Scofield and some other electric guitarists, and those guys have a lot of effects pedals that they use in a very musical way. It’s not just some BS. It’s fun to explore that with these acoustic instruments. It allows us to try new things sonically that are very exciting. We love mixing it up.

I grew up listening to Tony Rice. I always think of that late ‘70s/early ‘80s period when he was in the studio so much, doing the David Grisman stuff. And his solo albums were very jazz- and improvisation-oriented. At the same time, he was doing the Bluegrass Album Band. It was all killer. Really, really top-notch. I’ve always been inspired by musicians like that, who always continue to seek inspiration. You have to go out and look at new things to get inspiration. You can’t just look at the same four walls every day.

TH: I’ve heard that for years now! [Laughs] I like to take it with a badge of honor. I love bluegrass, but I love to expand on bluegrass. I think anything that I’m ever going to do is going to have that core of bluegrass. It’s never going to go away, because I love it so much. But if everybody wants to be like Bill, they’d expand upon the music.

RI: The sentiment you’re talking about … who knows? But I think it’s usually more of a fan thing. Those people like the tradition that bluegrass encapsulates. There are definitely some musicians that feel that way, too. I’ve always listened to musicians who are exploring and trying new things. That’s what Bill and Earl were doing. It’s ironic, because I think what people love about bluegrass is that exploring. So, to want to shut it down is kind of contradictory to what made it great in the first place. I also get that people like it because it represents something, whether it’s the “good ol’ days” or whatever. And I get that, when people started adding drums to country, it drove a lot of people away from country music. The same happens with bluegrass fans today. I guess I just listen to music that makes me feel something and I don’t really care about the instrumentation. I’m listening for what people are putting into it.