Canon Fodder: The Band, ‘The Band’ 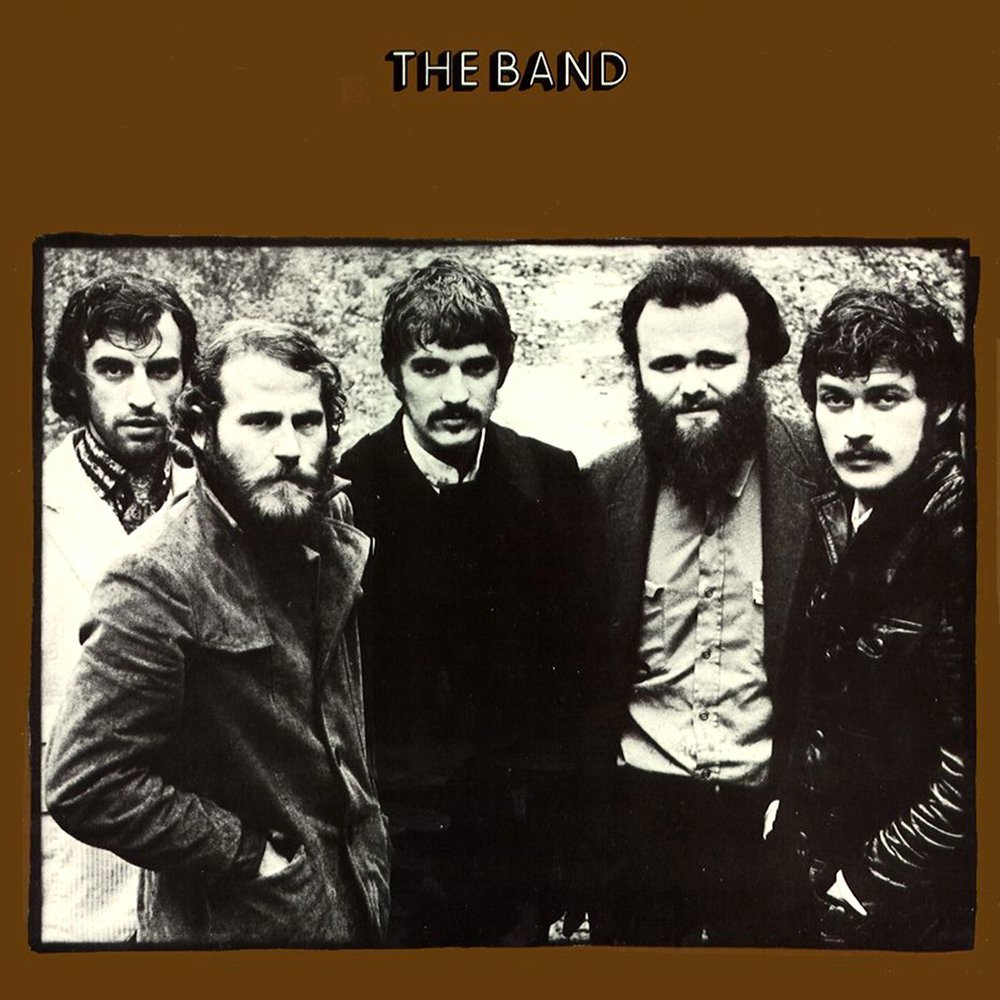 For decades, “The Night They Drove Old Dixie Down,” the third song on the Band’s second album, has been among their most popular and beloved songs. It has appeared on every official live album and greatest hits compilation they’ve released — most notably on The Last Waltz with a horn chart by Allen Toussaint. It’s been covered countless times: Johnny Cash, John Denver, the Allman Brothers Band, the Black Crowes, the Zac Brown Band, Tanya Tucker, and even Roger Waters have recorded their own versions. The original was not a hit for the Band, but Joan Baez’s cover went to number five in 1971. More recently, it scored a pivotal scene in Three Billboards Outside Ebbing, Missouri.

Robbie Robertson, a Canadian, wrote the lyrics to “The Night They Drove Old Dixie Down.” Every member of the Band contributed to the arrangement. Levon Helm, the only American in the group — and a Southerner, to boot — sang lead. Together, they all tell the story of Virgil Caine, a farmer in Virginia bearing witness to the cataclysmic end of the Civil War. Every element comments on his story: The wheeze of Garth Hudson’s organ evokes his spiritual fatigue, while the insistent tap of Helm’s snare drums jumps a beat when he sings the line about his dead brothers. And the four singers — Robertson and Helm joined by Rick Danko and Richard Manuel — harmonize beautifully, when Caine seems to have run out of words and can only express himself with a chorus of na na na nas.

Robertson gets the details just right to evoke this dark iteration of America: He introduces himself by saying he “served on the Danville train,” referring to the Danville & Richmond Railroad that was a crucial transportation for the Confederate Army. And when he declares, “I don’t care if my money’s no good,” he’s referring to the Confederate dollar, called a “greyback,” which was worthless after the war. His literary and Biblical references — to Dante’s Divine Comedy, to the Book of Genesis — suggest that this is not the actual South, but a mythological one. Is Virgil Caine our guide through the Purgatory of Reconstruction? Is this a retelling of Cain and Abel on a national scale? (And, if so, why is the South Cain instead of Abel?)

As Ralph J. Gleason wrote in his Rolling Stone album review in 1969, “Nothing that I have read … has brought home to me the overwhelming human sense of history that this song does … It is a remarkable song. The rhythmic structure, the voice of Levon, and the bass line with the drum accents and then the heavy close harmony of Levon, Rick, and Richard Manuel in the theme, make it seem impossible that this isn’t some oral tradition material handed down from father to son straight from that winter of ’65 to today. It has the ring of truth and the whole aura of authenticity.”

That could be said of every song on The Band. A self-schooled student of North American history, Robertson was writing about the past, setting the Band’s song deep in what Greil Marcus, writing about The Basement Tapes they recorded with Bob Dylan, called “the old, weird America.” This was not necessarily a new tack, as folk musicians had been not only reviving songs from previous centuries, but had occasionally written a few themselves. But the Band weren’t folk musicians — at least not strictly. They were a rock band. Rock in 1969 was still considered new: The Beatles and the Who proved it could be serious, heady high art; the San Francisco bands proved it could be political discourse; and the psych bands proved rock could serve as a narcotic/existential inquiry. The Band proved rock could be old, as well as new, the lens through which we view the past, either how it actually was or how we might want it to be.

Not every song is quite as specific in its historical setting as “The Night They Drove Old Dixie Down.” “King Harvest (Has Surely Come)” explores the hard life of subsistence farmers, who faced innumerable tribulations and catastrophes. The narrator might even be Virgil Caine himself, turning from the lamentations of the Civil War to the horrors of survival in rural America. Other songs are much more elusive, like the fleet “Look Out Cleveland” (about Texas, not Ohio) and the randy, country-funk number “Up on Cripple Creek.” The latter is one of several songs on here about sex. Perhaps it was a response to the sexual liberation of the 1960s (as opposed to the 1860s) or perhaps the Band were merely addressing rock ‘n’ roll’s favorite topic through the filter of history. “Jemima surrender, I’m gonna give it to you,” they sing on “Jemima Surrender.” “Ain’t no pretender, gonna ride in my canoe.”

In the half-century since the Band recorded their second album, the Americana scene has pushed forward not with their openness about sex, but with the historically based songwriting. It’s nearly impossible to gauge their impact on the contemporary country and roots scene, but it’s safe to say that, whenever you hear an artist sing about something that happened decades ago, you’re hearing the Band’s influence. Last year, Colter Wall ended his breakthrough album with “Bald Butte,” a lengthy gunslinger story-song that is somehow bloodier than “The Night They Drove Old Dixie Down.” The year before that, Shovels & Rope recounted the Battle of Chattanooga on “Missionary Ridge,” imagining the ghosts of the Civil War dead still haunting those hills.

Almost every singer/songwriter resorts to historical re-enactment at some point. Steve Earle wrote “Ben McCulloch” about the disgraced Civil War brigadier general. Johnny Cash recorded a song called “God Bless Robert E. Lee” for his 1983 album Johnny 99, praising the general’s decision to surrender at Appomattox. There are many, many others, too bountiful to count, some dealing with the Civil War and even more dealing with other historical events. (A favorite: “Saskatchewan” by the Toronto band the Rheostatics, which describes a sailor’s death in a sinking ship.)

These songs all reflect shifting attitudes toward (North) American history, new ideas, and new opinions, but our thinking about history continues to change no matter how many times we play these songs. As a result, these historical songs become pieces of history themselves, reflecting outdated attitudes and concerns. In 2018, at a moment when the Confederate flag has become a lightning-rod controversy and Civil War monuments are being defaced or removed, “The Night They Drove Old Dixie Down” takes on a very different meaning than it had in 1969. The melancholy of those na na nas has curdled into something ugly and regrettable — not something to be celebrated, but something to be commiserated.

In their 2014 book — The Long Reconstruction: The Post-Civil War South in History, Film, and Memory — Frank J. Wetta and Martin A. Novelli call “The Night They Drove Old Dixie Down” “the theme song of the Lost Cause ideology.” It is a song about the defeated, about the thwarted righteousness of the Southern cause. But it’s that righteousness that has become so disgusting in 2018, when the most spurious political groups have adopted the symbols and syntax of the Confederacy. Let’s not mince words: The Lost Cause excuses the enslavement of an entire race of people and rationalized it with misinterpreted Bible verses and twisted moral logic.

So, what do we do with a song like “The Night They Drove Old Dixie Down”? It remains a compelling document of its time — 1969, not 1865 — and it is still a tremendous piece of music, inventive and innovative and finally, extremely influential. In that regard, it is exactly like every other song on The Band and on their 1968 debut, Music from Big Pink. Unlike a public monument, it cannot simply be removed from public space. Music doesn’t work that way. It is not stationary. It moves about, impossible to contain. We might strike it from future greatest hits albums, yet we would then have only a limited understanding of the Band’s story or their moment in time.

What do we do with disagreeable art? That’s one of the most important questions facing us in the final years of the 2010s. And here we come back to Three Billboards Outside Ebbing, Missouri. That film has been accused of being racially tone deaf and, sure enough, Baez’s version of “The Night They Drove Old Dixie Down,” which does nothing to interrogate Virgil Caine’s sympathies, plays during a scene in which a character with a history of racially motivated violence redeems himself by trying to solve the rape and murder of a white girl. If it were ironic, it might be a powerful moment dissecting Southern masculinity, but I doubt director Martin McDonagh had as much in mind. It’s just a song, just a signifier of Southernness. And that’s definitely not how it should play in 2018.