The Brilliance of Courtney Barnett 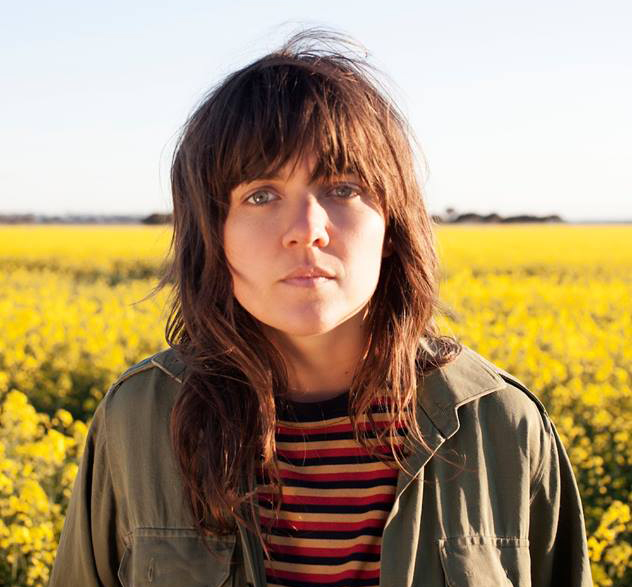 If Courtney Barnett were a photographer, her subjects would be the most mundane people you could imagine doing unremarkable activities — mowing lawns, eating toast, moving to the suburbs. Her snapshots would capture an intense beauty and warm humor in what feels suddenly to the viewer like a universal human experience. Her photos would not be framed or enlarged; they would be mere Polaroids tacked on the wall, haphazard, like her casual, cynical, and deadpan vocal style. Yet, if you walked by one of these hypothetical photos, you wouldn’t be able to stop yourself from taking a long look, giggling, and being filled with a sudden giddy joy.

Here is Courtney Barnett’s portrait of one unremarkable “Oliver Paul” (from her song “Elevator Operator”):

"Oliver Paul, 20 years old
Thick head of hair, worries he's going bald
Wakes up at quarter past nine
Fare evades his way down the 96 tram line
Breakfast on the run again, he's well aware
He's dropping soy linseed Vegemite crumbs everywhere
Feeling sick at the sight of his computer
He dodges his way through the Swanston commuters
Rips off his tie, hands it to a homeless man
Sleeping in the corner of a metro bus stand and he screams
'I'm not going to work today
Going to count the minutes that the trains run late
Sit on the grass building pyramids out of Coke cans'"

It’s the specific details in each scene that make the songs so interesting. The day-to-day worries about going bald and toast getting everywhere which somehow add up to a feeling that one’s life might be passing by in a state of total insignificance. It’s an enormous idea wrapped in a deceptively humorous normality, not to mention Barnett’s sheer skill with effortless wordplay.

In addition to being simultaneously profound and hilarious, the 28-year-old Barnett, who makes her home in Melbourne, Australia, is a brave female voice in a world that doesn’t always want to hear the realities of a woman’s thoughts. Her lyrics are unflinching to the point of discomfort, yet remain completely relatable. In her song “Lance Jr.” from her Double EP: A Sea of Split Peas, she writes:

In an industry where females are often expected to be seen and barely heard, Courtney Barnett is the musician’s equivalent of Amy Schumer or Lena Dunham in that she talks openly about the good, the bad, and the ugly. Like a female comedian, the humor in her songs hits home in ways that feel refreshingly female. Barnett’s Grammy nomination for Best New Artist is something to celebrate. It is not only a big win for indie music, it’s a win for women who have a real voice … and not always a pretty one.

Guest columnist Rachel Baiman is a fiddle/banjo player, singer, and composer based out of Nashville, Tennessee. In addition to her solo project, Rachel is currently part of a duo project called 10 String Symphony (with Christian Sedelmyer).