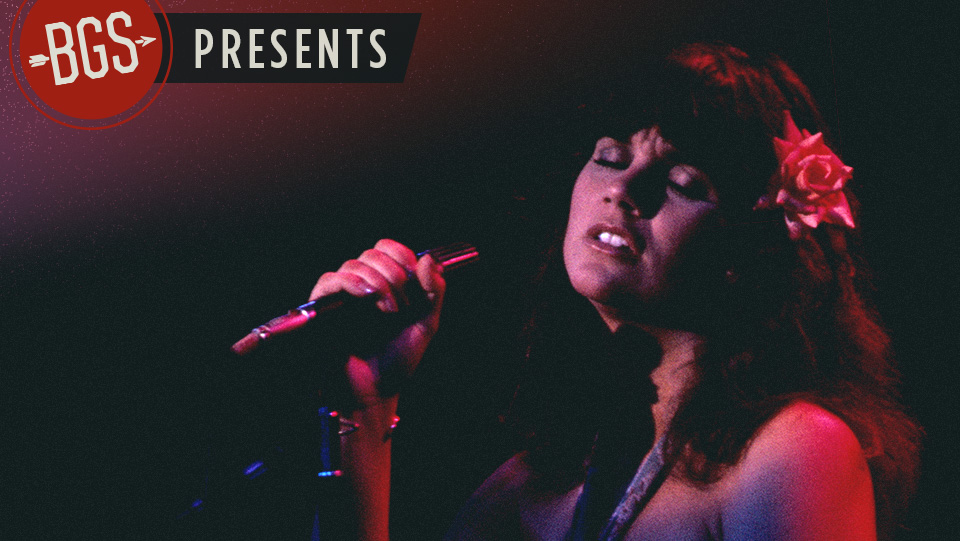 Linda Ronstadt is one of our most beloved artists here at the BGS, a timeless talent who defied genres and broke barriers throughout her 44-year career. Born in Tucson, Arizona in 1946, Ronstadt came from a long line of prominent Southwestern figures, growing up on a ranch with her parents and three siblings. She began her music career in the mid-1960s, fronting the Stone Poneys before striking out after a solo career of her own.

It didn’t take long for Ronstadt to find fame, earning Rolling Stone covers and Grammy Awards in the mid-’70s following the release of landmark albums like Heart Like a Wheel and Simple Dreams. She would go on to collaborate with a who’s-who of popular music across a number of genres, including Neil Young, Phillip Glass, and, as part of their “Trio” project, Emmylou Harris and Dolly Parton.

Ronstadt continued touring and releasing new music well into the 2000s, eventually announcing her retirement in 2011. In 2013, Ronstadt shared she had been living with Parkinson’s disease and was no longer able to sing or perform.

In advance of our December 11 BGS Presents show “A TRIBUTE TO THE MUSIC OF LINDA RONSTADT,” which features performances from Grace Potter, Dawes, Jackson Browne and more, we’ve put together a playlist of 20 songs from Ronstadt’s catalog we consider to be essential listening. If you haven’t purchased tickets for the show yet, act quickly as tickets — which benefit the Michael J. Fox Foundation for Parkinson’s Research — are going fast. Get them here, and, in the meantime, enjoy some of our favorite Ronstadt songs below.