The Heart and Soul of Daptone Records 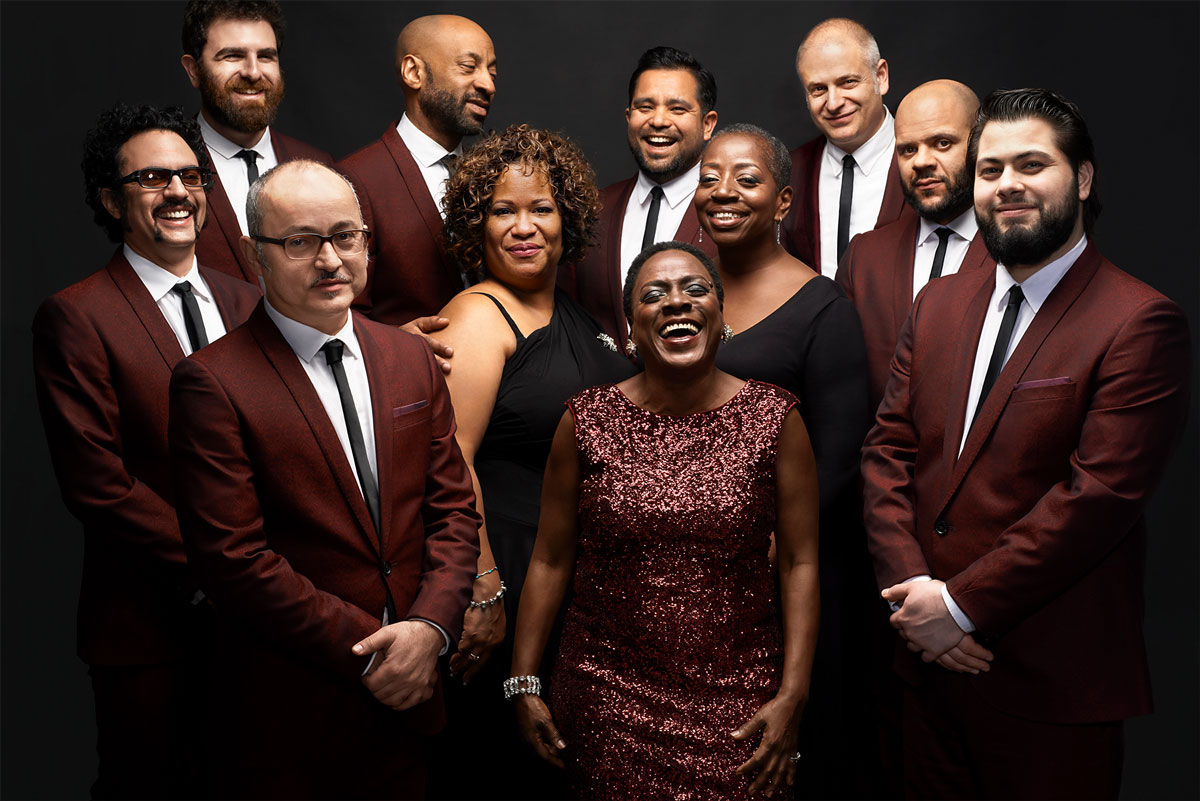 A young girl asks her mother, "How can Santa Claus visit them, when they don’t have a chimney? How can he leave presents under the tree, when he can’t even get into their apartment?" These are common questions most parents hear around the holidays, but it resonates powerfully in Sharon Jones & the Dap-Kings’ new Christmas chestnut, “Ain’t No Chimneys in the Projects.” “I said, ‘Mama, how can this be?” Jones sings in that outsized voice of hers, gift-wrapping every syllable for the listener as the horns flare and flash around her, the rhythm section grooves and the backup singers repeat her not-quite-rhetorical question. Somehow she conveys the innocence of the daughter pondering the rules of Christmas, as well as the affectionate concern of the mother who concocts a story about a magic chimney.

“Ain’t No Chimneys in the Projects” could easily have been cheesy and goofy, especially with its references to the projects and the ghetto — terms that sound antiquated in the context of a Christmas tune. Fortunately, the musicians play it straight, grooving hard to reinforce the powerful emotional resonance of the lyrics. It’s only when the little girl grows up and stops believing in Santa that she starts believing in something even more magical: It was her own mother who saved money throughout the year and put those presents under the tree. “Mama, now I know that you were the one!”

In addition to appearing on the new Oxford American Music Issue CD sampler, the song anchors It’s a Holiday Soul Party, the first holiday album from the venerable indie R&B label Daptone Records. It’s billed to Sharon Jones & the Dap-Kings, but it sounds like they invited the entire roster: Charles Bradley testifies mightily on “World of Love,” Saun & Starr harmonize beautifully on “Big Bulbs,” and seemingly the entire office staff sits in with the Dap-Kings. The album more than lives up to its party designation: With its lively energy and inventive interpretations of well-worn carols (This “White Christmas” is more Tina Turner than Bing Crosby.), it’s easily the best holiday album of the year.

“There’s some cute stuff on there and there’s some traditional stuff, as well,” says Neil Sugarman, who co-founded Daptone, produced the new record, and played saxophone on almost every song. “The nice thing is that there was no pressure. It was very impromptu. We just went in and jammed. And Sharon sings her ass off.”

The same, of course, could be said of nearly every Daptone release. Since it opened in 2001, the label has cornered the market on neotraditional soul music while also showing how loose that word “soul” can be. It obviously applies to the Stax- and Motown-derived R&B sung by Sharon Jones, Charles Bradley, and Saun & Starr. But it also includes the instrumental grooves of the El Michels Affair and the Sugarman 3, as well as the raw gospel of the Como Mamas and Naomi Shelton — even the cinematic funk of the Budos Band and Antibalas. Their records all sound like they could have been made in the 1960s or 1970s then excavated by extremely dedicated crate diggers at estate sales or junk stores. Yet, the music remains anchored in the 21st century and targeted to a contemporary audience.

It’s not a soul revival, precisely because no one at Daptone believes that soul needs to be revived. “People don’t say jazz music is retro or Latin music is retro,” says Sugarman. “But they do say soul music is retro.” It’s an odd popular prejudice, one that Daptone combats with music that consciously emphasizes the past while remaining doggedly engaged with the present. “It’s absolutely roots music,” he says, noting that it’s more urban than rural, more ghetto than holler. “We wear our influences on our sleeves, and there’s a lineage that we pay homage to every time we pull our instruments out of our cases. We try to groove as hard as the records that we love.”

When they formed Daptone nearly 15 years ago, Sugarman and Gabriel Roth tried to emulate the labels they loved, establishing a particular sound, a strong brand, and a loyal following that would take a chance on unknown artists. Charged with running a business, they both remained musicians first and foremost. Roth (sometimes known as Bosco Mann) plays bass, Sugarman blows the sax. “At this point in my life, I like having both. I like controlling the business and controlling my destiny as a recording artist. I love getting on the road with people like Sharon and Charles, and getting the kind of insight into their music that I couldn’t get if I was just sitting in the office answering emails and writing checks.”

For most of its life, Daptone only signed New York artists, many of them older and practicing their craft on the margins of the music industry. Charles Bradley was trained as a carpenter and had been hired to help Roth and Sugarman build a new studio, but he turned out to be an amazing singer whose live shows have galvanized audiences around the world. “He’s the guy we would call any time we needed help. We loved this guy so we wanted to work for this guy. We wanted to help him build a career.”

Similarly, Saundra “Saun” Williams and Starr Duncan Lowe originally came into the Daptone fold as back-up singers in the Dap-Kings, after having performed for decades as the Good 'N Plenty Girls. They quickly established themselves as a core part of the band’s sound — both in the studio and on the stage. “We always talked about making a record with them, but it takes a while to figure out who these people are,” says Sugarman, noting that it took them five years to plan, write, and record their debut, Take a Closer Look, released in May 2015. It was worth the wait, as the album reveals two spry singers with incredible chemistry, not to mention a band that adapted to complement their dynamic.

But the present is not what the past used to be. The market is changing, with newer labels like Colemine and 180 Proof crowding the scene, soul revivalists like Leon Bridges jumping straight to major labels, and consumers relying more and more on streams rather than outright purchases. “I’m not going to lie — it’s getting tricky,” Sugarman says. “Streaming services are taking a big chunk out of our revenue. When you look at the numbers, close to two million people per day click on a Daptone song. It’s exciting to see those numbers. The audience is there, but we’re not getting compensated. It could get to the point where it’s not sustainable as a business anymore, so you have to figure out how to keep putting records out.”

One way of surviving is to grow and expand, albeit very carefully and very gradually. In 2015, Daptone founded an imprint — Wick Records — to release 7-inch singles by New York garage rock bands, starting with a ferocious debut by the Mystery Lights. The label also signed a reggae band called the Frightnrs, whose first full-length is slated for release in 2016. Another upcoming release stands out even more: James Hunter’s Daptone debut, Hold On!, will hit stores (and, of course, streaming services) in Feburary. “He’s an English artist, so he’s the first artist we’ve signed who’s not from New York.”

Sugarman insists that the key to Daptone’s success has been — and will continue to be — its emphasis on community over market shares or compensation. “Not only do we need to like someone’s music, but they have to function within this family. That’s the way it has to be for the music to progress and stay honest. I don’t think we could have pulled off Daptone any other way.”