Kaia Kater on Breaking the Wheel of Silence (Op-Ed) 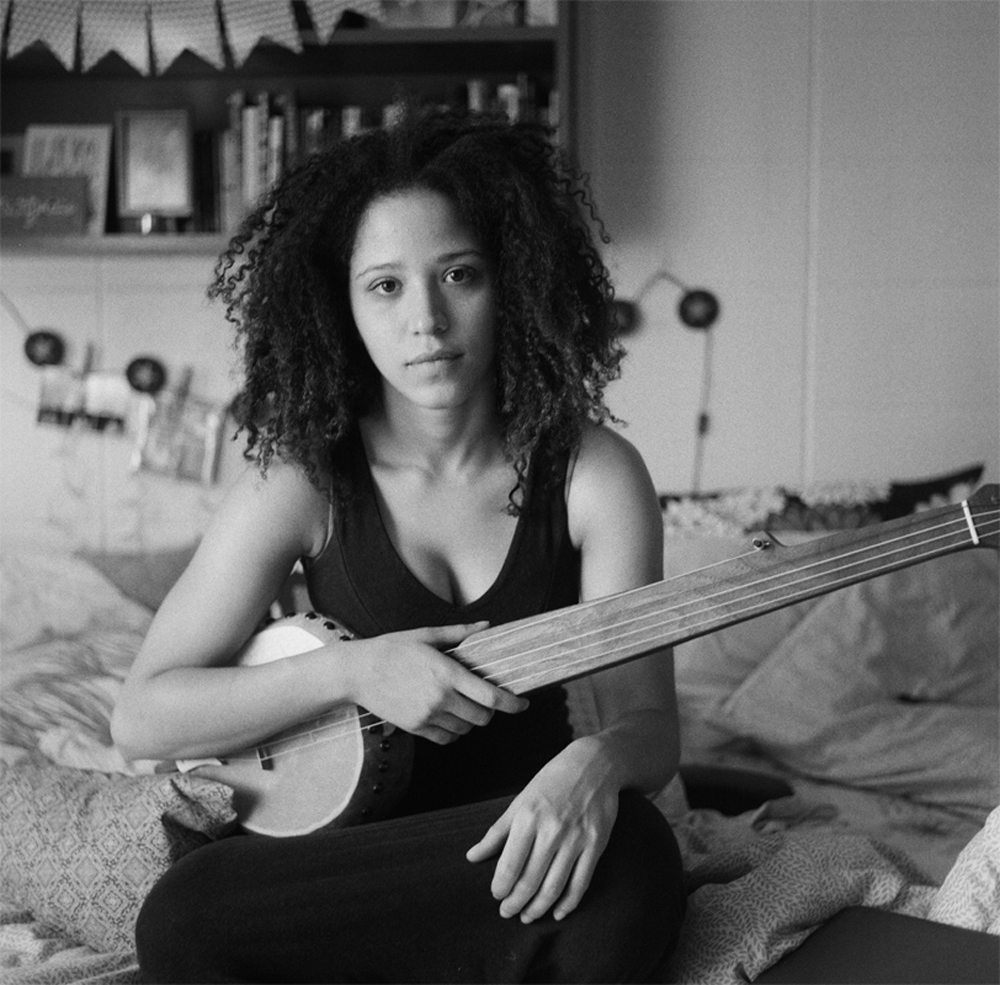 I remember exactly where I was when I first saw Amber Coffman play with the Dirty Projectors. I found myself on a second date with a kind and sweet person; I had ended my serving shift at work and he picked me up right as I finished stacking the last chairs in the restaurant. We exited the subway and promptly walked the wrong way down Saint Catherine Street. He was a foreigner, and I was terrible with directions, though we didn’t panic too much because shows usually start late in Montréal.

When we finally found the venue and walked in, I was transfixed. I loved the show, but it was Amber that caught me in the way she sang and the power with which she moved. We went back to his apartment after the show and listened to Swing Lo Magellan and Bitte Orca again and again and again. The records suddenly had new meaning.

I also remember exactly where I was when I first heard Amber Coffman talk about her abuser, a music publicist who, she stated, “RUBBED my ass and BIT my hair at a bar a couple of years ago.” When she posted to Twitter, I was in Glasgow, Scotland, in frigid January with the same man I had seen the show with so many years ago. When we spoke about it over dinner at a café, I commended Coffman on her bravery for even speaking his name. I fidgeted with a cloth napkin on the table, wishing I had the courage to do the same.

On the walk back that night, Coffman’s statement still preoccupied my mind. She was tired — tired of men getting away with bullsh*t. I felt tired, too.

It’s a type of fatigue that seeps into your bones and threatens to become a part of you.

It’s a type of fatigue that renders you permanently quiet, and makes you just want to get through it … whatever it is.

In all of the Hollywood films I’ve seen about boxing — of which there seems to be an infinite amount — the first lesson the coach teaches the hero is to keep moving their feet as soon as they step into the ring. As a young woman, the same authority figures drill you to always carry pepper spray or to never leave a party without a friend.

We internalize and name these coping mechanisms and hold them close like lifelines: a buddy system, a self-defense system, or any system that helps keep us alive.

I’m a musician. I’m also a woman and a young person. My parents led by example, encouraging me to shrug off people who doubted my abilities, my character, or my strength and to aim to prove them wrong through my actions in life rather than through direct confrontation. When uncomfortable situations did arise, I often heard my mom’s voice counseling my more indignant self: “Don’t give them power over you!” Like most women, I was expertly conditioned to keep hustling and moving no matter what.

Throughout most of my teenage years and into my 20s, I was always fighting a proverbial match against somebody. I floated on the surface in order to stay okay. I had quick feet. Any experiences of harassment I endured — of which there were many — I promptly filed away and ignored. That was how it went, day in and day out. Like most women.

Why is today different?

Thankfully, my mentor did not stay quiet. She took to the Internet that evening with dizzying quickness: “Tonight, I was reduced (in an introduction) to a f***able vagina by someone trying to sound smart and funny. Someone who knows better … or who I thought knew better (married, father to a daughter). I'm equally shocked and saddened when this happens. I'm also a loud mouth. While I wont shame them online, I am retelling the story to everyone in person here at the [conference name].”

Her post was flooded with supportive comments from both men and women. Most women were appalled but ultimately unsurprised, and most men were equally appalled, yet trying to figure out how best to be allies in the situation.

I was so angry that I couldn’t speak. I had to leave the “well-deserved-margarita-after-a-long-week” bar stool and spend a minute outside to cool my head.

When I had an encounter with the aforementioned abuser, he cornered me alone and made me feel so emotionally unstable that I lost my quick feet. I couldn’t move around him. He stood above me, under me, around me, like an immovable blockade. I couldn’t breathe. He verbally ejaculated the words he had to say to me, words of abuse and discomfort. And then, I had to promptly walk onstage and perform a show, as if nothing had ever happened.

Abuse occurs everywhere all the time. It’s a fear that lives within all of us. We work to deprive it of oxygen, to kill it. We work to bring our better selves forward.

But monsters live among us. And we feed them constantly with our silence. They become gluttonous and greedy. They want everything and they take it. They invade the lives of our mentors, our children, and our friends.

The hidden bruises of sexual, emotional, and psychological abuse are terrifying for anyone to endure — not only because of the incidents themselves, but also because victims are forced to live within a society that is designed to see them fail. There is no coping mechanism, no system to employ after one has been victimized. This rings true for self-employed female musicians, who are often told to put up with it and shut up about it, lest our careers be threatened for raising an honest voice.

It’s “part of the deal” to agree to the ugly underbelly of the music industry.

It’s “part of the deal” to oftentimes not be taken seriously as a businessperson.

It’s “part of the deal” to constantly be sexualized.

And it’s “part of the deal” to accept career success in return for docile behavior — to be the ever-silent and smiling beauty.

Sparring with shadows is one thing, but dragging them into the light is a grueling and upsetting task that takes a lot of bravery. For a long time, I admired and looked up to Amber Coffman, to Ke$ha, to Lucy DeCoutere, and to any woman who dared expose these people for who they really are. I admired them because, most of the time, not many people are on their side. And, most of the time, their careers suffer.

A close friend once pointed out to me that the boxing ring threatens to become a prison if women and men don’t both collectively step away from it and acknowledge its dysfunction. As the self-described black-feminist-lesbian-mother-poet Audre Lorde once wrote, “The master's tools will never dismantle the master's house.”

Amidst the confused realization that this abusive man in my community was placing calculated and cruel psychological landmines on the women around me, I immediately became sure of one thing: I had to say something. And so I did, and I am — here. Now.

We can’t let these women stand without us. We must work together to expose the coyotes that deliberately eat away at our own social circles, at our self-esteem and joy of being human. We stay in the ring to live and get by, but the decision to step out of it is something driven from the gut — a stubborn and validating determination to take off the gloves and free ourselves.

So let’s break the wheel of silence that allows malignant cancers of abuse to spread like wildfire. Let’s stomp on the wheel, and set it on fire, and hold those people accountable for their actions.

What does breaking the wheel of silence mean?

It means refusing to shrink to anyone’s idea of who we should be.

It means choosing to be surrounded by people who respect us both personally and professionally.

It means both men and women making a conscious point to regularly speak up against — and stop — abuse in the workplace, whether that workplace is at a rowdy pub at midnight or a quiet afternoon show in a concert hall or a music conference.

Let’s have slow feet, feet that are planted firmly within the understanding that we are worth more than remarks on appearance, or unsolicited touching, or being moving targets for wolves. Let’s teach our daughters and sons to do the same. Only through these daily acts can we raise each other higher — beyond the reach of monsters — and into the upper pure bright air.