The Lonely H, ‘Riding the Clutch’ 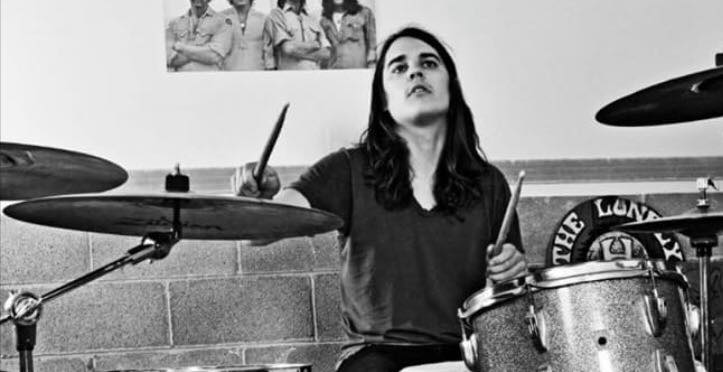 When our heart moves, it’s called a beat. When a drum sounds, that’s a beat, too. An organic pulse of melody that sometimes can stir us more than a guitar riff, it connects with the body in a visceral way, pumping the music forward just as our ventricles pump blood. There’s a reason that drummers are so often the quiet life force of a band: They may not be in the showiest position, standing atop the stage and interacting with the crowd, but they have that innate ability to tap into that magical, primal pulse of life. They blast what makes us human through those floor toms and hi-hats, a rhythm we’re born knowing how to breathe to but only they can synthesize into such magic.

This week, Nashville lost a beloved member of the musical community to cancer, Ben Eyestone, who most recently played drums for Little Bandit and who has also kept the rhythm for Nikki Lane. It was in 2013 that his band, the Lonely H, released their last record, a self-titled album filled with modern approaches to ’60s and ’70s rock that felt so full of boisterous energy and life in no small part due to Eyestone’s pulsing percussion. The Lonely H was, in many ways, a document of the beautiful synchronicity and familial atmosphere that exists in a certain corner of the Nashville music scene — his beloved friends Caitlin Rose, Melissa Mathes, Margo Price, and Alex Caress all appear on the record, as did the legendary sax player Bobby Keys, who peppers “Riding the Clutch” with a stellar, ground-shaking solo.

But at the heartbeat of the song is Eyestone, who builds a glorious pulse that keeps the music going and makes the sound linger in your bones. Eyestone’s family and friends suffered a loss that cannot be measured, and it’s impossible to find the right words to soothe their pain. The one thing the rest of us can do is to listen to him play; the permanence of records is an incredible, eternal gift. Put on “Riding the Clutch” and crank it … LOUD. Let your foot tap to Eyestone’s rhythm, and smile.