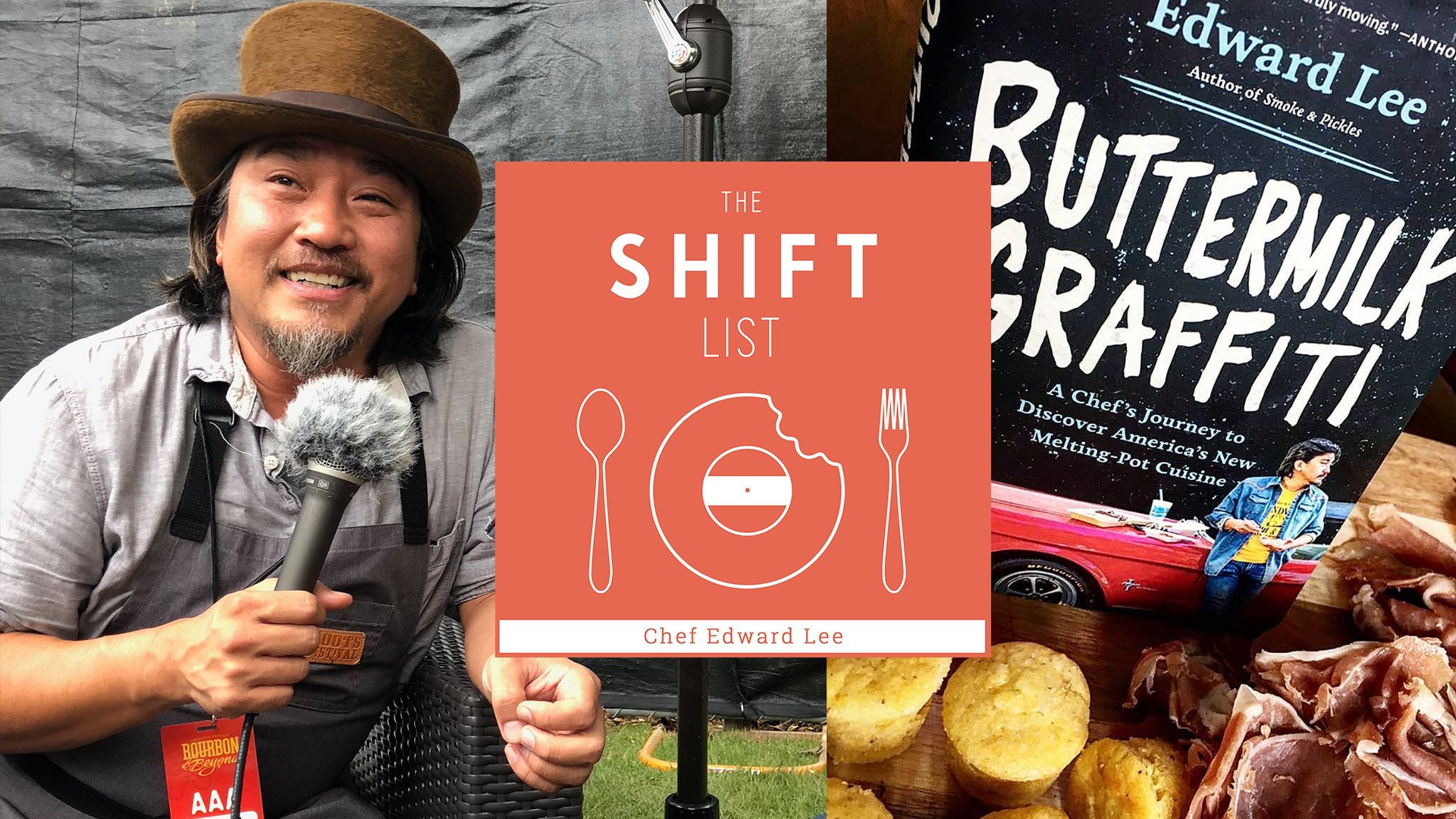 Edward Lee is the chef and owner of three restaurants with unique identities in Louisville, Kentucky – 610 Magnolia, MilkWood, and Whiskey Dry – and is the author of two books. Smoke & Pickles – his first – is a cookbook that chronicles the story of how he was raised in Brooklyn in a family of Korean immigrants to his arrival in Louisville, and Buttermilk Graffiti, a uniquely inspiring read that is part food essay, part travel book, part memoir and part cookbook.

Released in the Spring of 2018, Buttermilk Graffiti finds Lee traveling across America to learn how immigrants arrive, thrive, and influence the cuisine of communities all over the country, from the Cambodian community of Lowell Massachusetts to the predominantly Muslim neighborhoods of Dearborn Michigan.

In addition to his appearances on award winning shows like Mind of a Chef and writing and producing the Feature Documentary Fermented, Lee participates in the annual Bourbon and Beyond festival held in Louisville at the end of each September for the past two years.

Equal parts bourbon, music, and food, the festival shines a spotlight on the things that make Kentucky and Louisville a great place to visit and live.