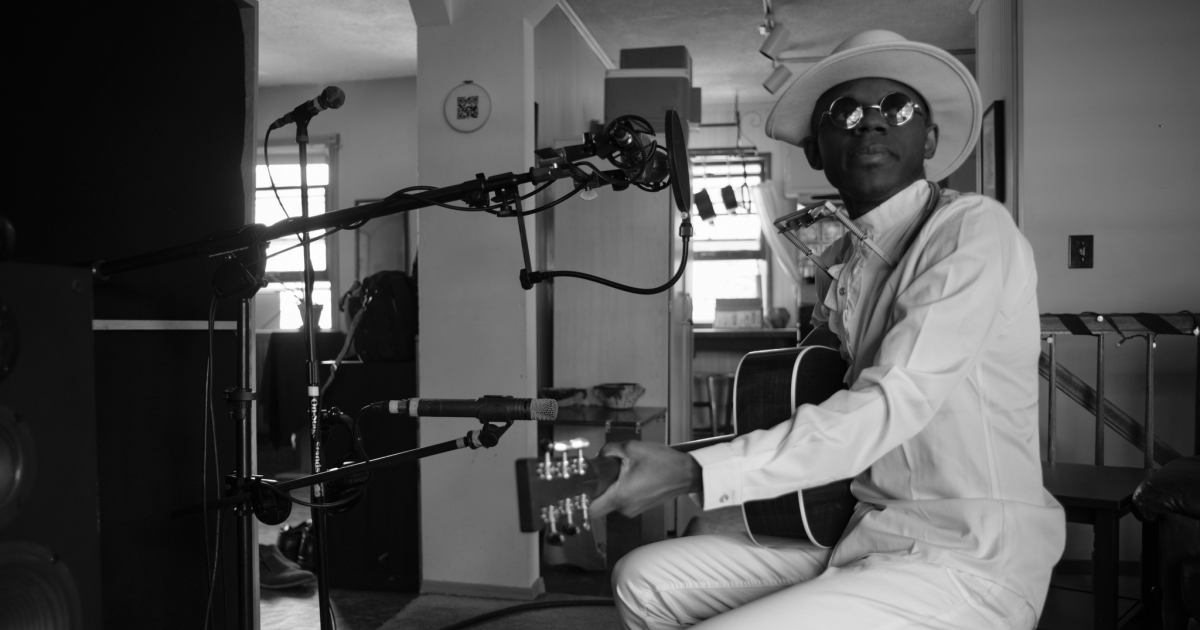 I accidentally discovered Bob Dylan’s music after losing a bet about the authorship of the song “Knocking on Heaven’s Door.” I was 17 years old at the time, a confused and troubled teenager, uncertain about his future. I enjoyed writing stories, but I didn’t know how to turn any of that into a career. The pressures from everyone I knew, to pursue a more traditional career such as law or medicine were mounting; but I felt an itch for something else. Something I was unable to name, unable to imagine, and with no guidance or encouragement I had no way of discovering what it was.

Finding Dylan was like a scratch to that itch. After listening to records such as Freewheelin’, Highway 61, and Blonde on Blonde, and being completely taken by the writing, I was hit by a burst of inspiration. I had this very wild thought that perhaps I could turn the stories I’d been writing into songs, then I could travel the world and play those songs, and perhaps I could turn that into some kind of a career. It was a crazy and impractical thought since there was no path from where I was to anything like that, but it was something to dream about. Whether the dream came true or not was irrelevant, sometimes as a boy you just need a dream, and finding Dylan is what showed me that dream. “A boy’s devices will always create mayhem, therefore a boy needs a dream, because without a dream the boy is left to his devices.”

I played a show in Paris last year at a venue called Élysée Montmartre. It was a very memorable show for a few reasons. At the time, I was touring Europe playing shows solo with my guitar, but for that Paris show I wanted to do something different since it was going to be a bigger concert than the rest. I decided I would put together a band. I asked my team to contact some musicians and we assembled a last-minute band just a few days before the show. None of the musicians knew the songs prior, and we only had time for one short rehearsal.

Despite being entirely unprepared it ended up being one of my favorite shows. There was a magical feeling that we were all speaking the same language. The musicians and I understood the language as we played the songs as though we had been playing them for years; the audience understood it as well as they listened to us play. By only communicating in this universal language of music we all had a communion of spirit. This communion is what I miss the most, now that concerts have become rare.

At that same concert, the lights went out towards the end of the show; for about 15 minutes of black out the audience lit the room with their phones and took over the show by singing a new song I had taught them. A memorable night it was. It always is in Paris.

We go through most of life on autopilot. The piloting mechanism being cultures, trends, upbringing, education, trauma, and many other things that define us yet we have no control over them. Stories and other forms of art are a mirror to this subconscious state of the society, a way for us, the participants of life, to view ourselves. In a way it is how we watch ourselves sleep. And as we view ourselves, we see our folly.

We have a better chance of fixing our faults if we can see them. If we can’t see them, then we’re not consciously aware of them, and if we’re not aware, then there is nothing to fix. So then people remain oppressed because we have become hateful and uncaring but we can’t see it. Stories are a conduit to compassion, and I am of the mind that compassion is the medicine, so if I had a mission statement, it would be to tell many stories and to tell them far and wide.

Gazing at paintings is one of the things that bring my ever-racing mind a few moments of quiet. I get lost in them in a meditative way. When I was younger I thought paintings spoke to me; not in a figurative way, but in a literal fashion. They would tell me the sorrows and joys of the world, and I would write them down in the form of stories. Now in my adulthood, I still hear them, I’m just more aware that it’s my mind being slightly insane.

I accidentally found a song called “Forget Her” by Jeff Buckley when I was about 9 years old. It was the early 2000s and back home in Nairobi, pirated music was as prevalent as the ubiquitous roasted maize, sold on the streets. Music vendors would set up shop in markets or by the streets; they would go online and download random songs, put them on a CD and sell them. Oftentimes, nobody knew the songs they were selling, not even the vendors knew them. They just downloaded random songs online, an attempt at finding something interesting to sell to increase their income at a time of economic difficulty. In the streets, they would advertise the music by playing it loudly to invite customers, sometimes they would call you as you walk past and ask you to listen to some of their new downloads. If you liked a song you would then buy the CD. It was like wine tasting but for music.

I found many bands that I fell in love with that way: Jeff Buckley, Death Cab for Cutie, Radiohead, among others. Finding that song “Forget Her” was a pivotal moment for me. I was so fascinated by Jeff’s singing that I would lock myself in my room and try to imitate him. I was always fascinated by words, but around this time is when my interest in singing began. Since then, I always knew I wanted to be a musician but because there was no path towards a career of that kind, that desire remained stifled until much later when I couldn’t ignore it anymore, and when the universe conspired to send me to America.