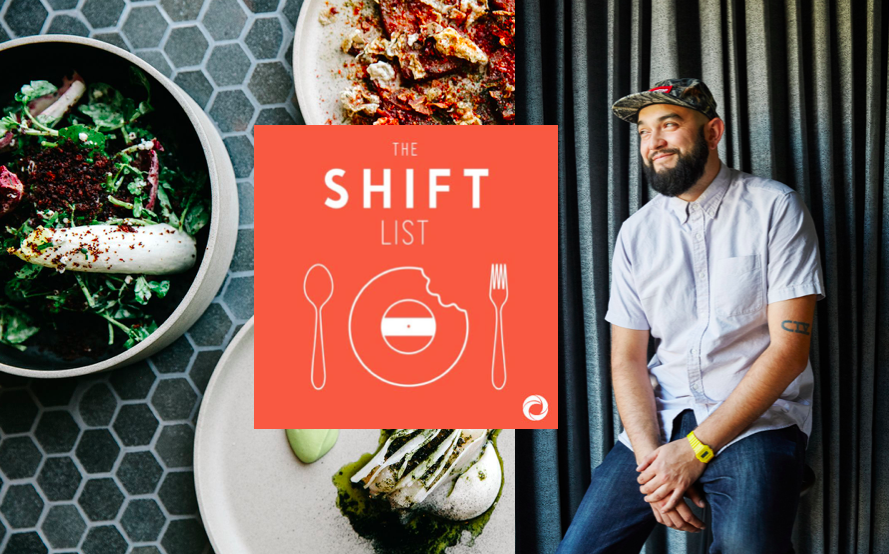 This week on the Shift List, Jonathan Whitener — chef and co-owner of Here’s Looking At You in Los Angeles’s Koreatown. Similar to his cooking, Jonathan’s musical tastes are a reflection of his family and surrounding environment. Outlaw country from his father, ’80s metal from his brothers, and a love for Glenn Danzig that continues to this day.

Since it opened in 2016, Here’s Looking at You has appeared on almost every ‘best of’ restaurant list around LA — and that’s due to a number of factors: Co-owner Lien Ta’s laser focus on service and comforting hospitality; top-notch tiki-adjacent bar service; the evolving playlists blending old school hip-hop and post-punk; but it’s anchored by Whitener’s anything goes approach to cooking.

Whitener grew up in Huntington Beach, CA the son of a Mexican mother and a German father. Growing up near Orange County’s thriving Vietnamese and Japanese communities, he pulls all of these influences into his “SoCal tapas-style” menu with standout dishes like the shishito peppers accompanied with an tonnato sauce — the Italian answer to hummus — sprinkled with Huamei, a preserved Chinese plum. Or for another example, frogs legs seasoned like Nashville hot chicken with a salsa negra, scallion, and lime.

Whitener cut his teeth for three years as the chef de cuisine for Jon Shook and Vinny Dotolo’s restaurant Animal in Los Angeles before opening Here’s Looking At You with Lien Ta, who he met while she was serving as front-of-house manager at Animal.