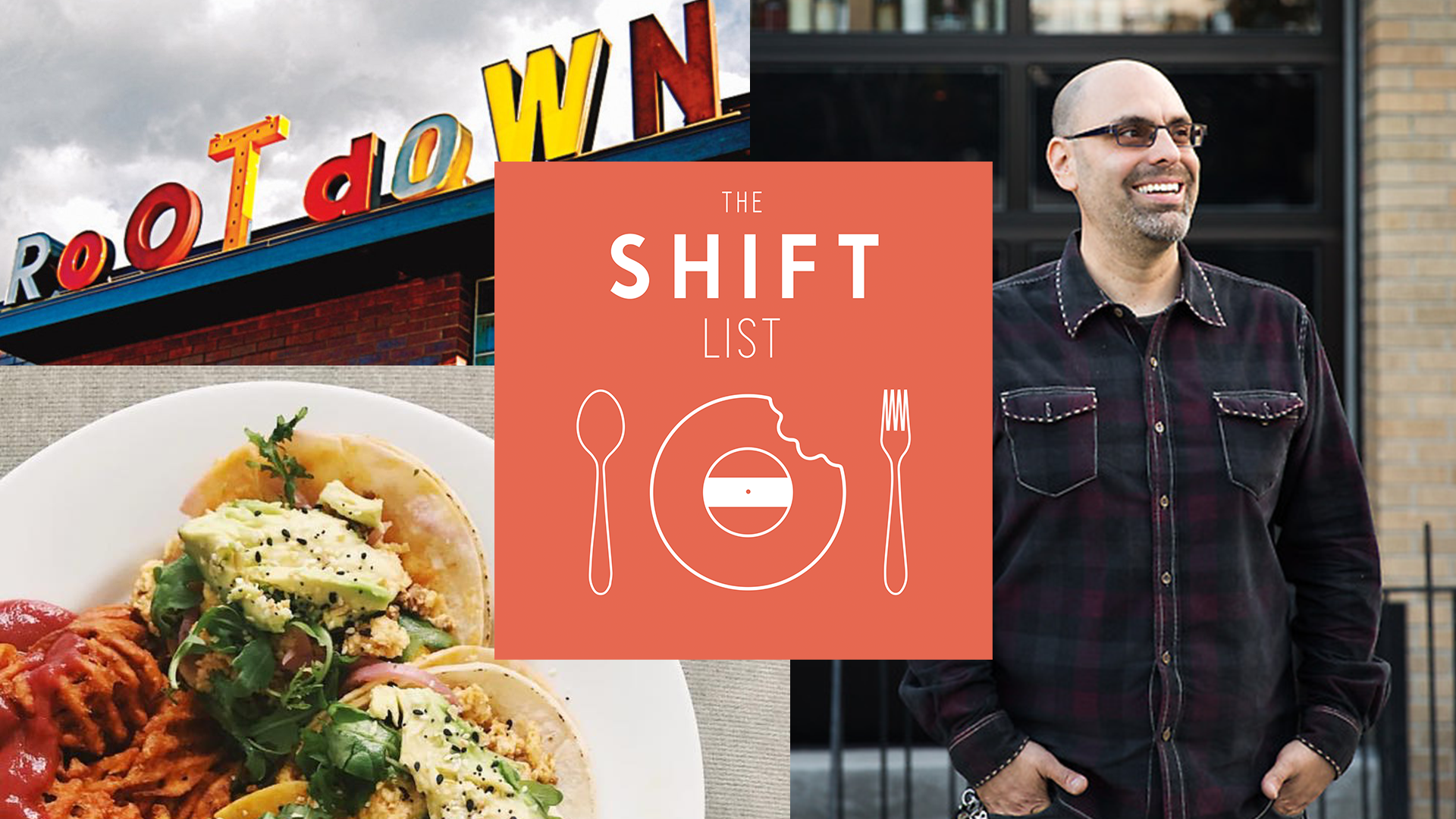 Justin Cucci sits down with The Shift List. A mainstay of the Denver food scene, Cucci tends an ever-growing list of both homegrown and high concept restaurants, including Root Down, Linger, Ophelia’s, El Five, and more.

A New York city native, Cucci grew up revering the chefs and culture at the Waverly Inn — a West Village dining institution that was owned and operated by his grandparents as a kid.

About the same time, Cucci started playing in bands, and continues to do so to this day. He opened Root Down, his first restaurant in Denver, over a decade ago, transforming the building from a gas station into a neighborhood restaurant with a cult following that serves globally-influenced seasonal cuisine with a focus on organic, natural, and locally-sourced ingredients. Root Down features two onsite gardens, which not only provide seasonal vegetables for the restaurant, but for its sister restaurants, Linger and Ophelia’s. There’s even a Root Down at Denver International Airport, one reason to book a long layover in the city.

Cucci has infused music into the culture and business of all of his restaurants — each one of their business entities is named after a Steely Dan song, for example, and you’ll find out what each of them are soon. This episode has plenty of Steely Dan, so yacht rockers rejoice.