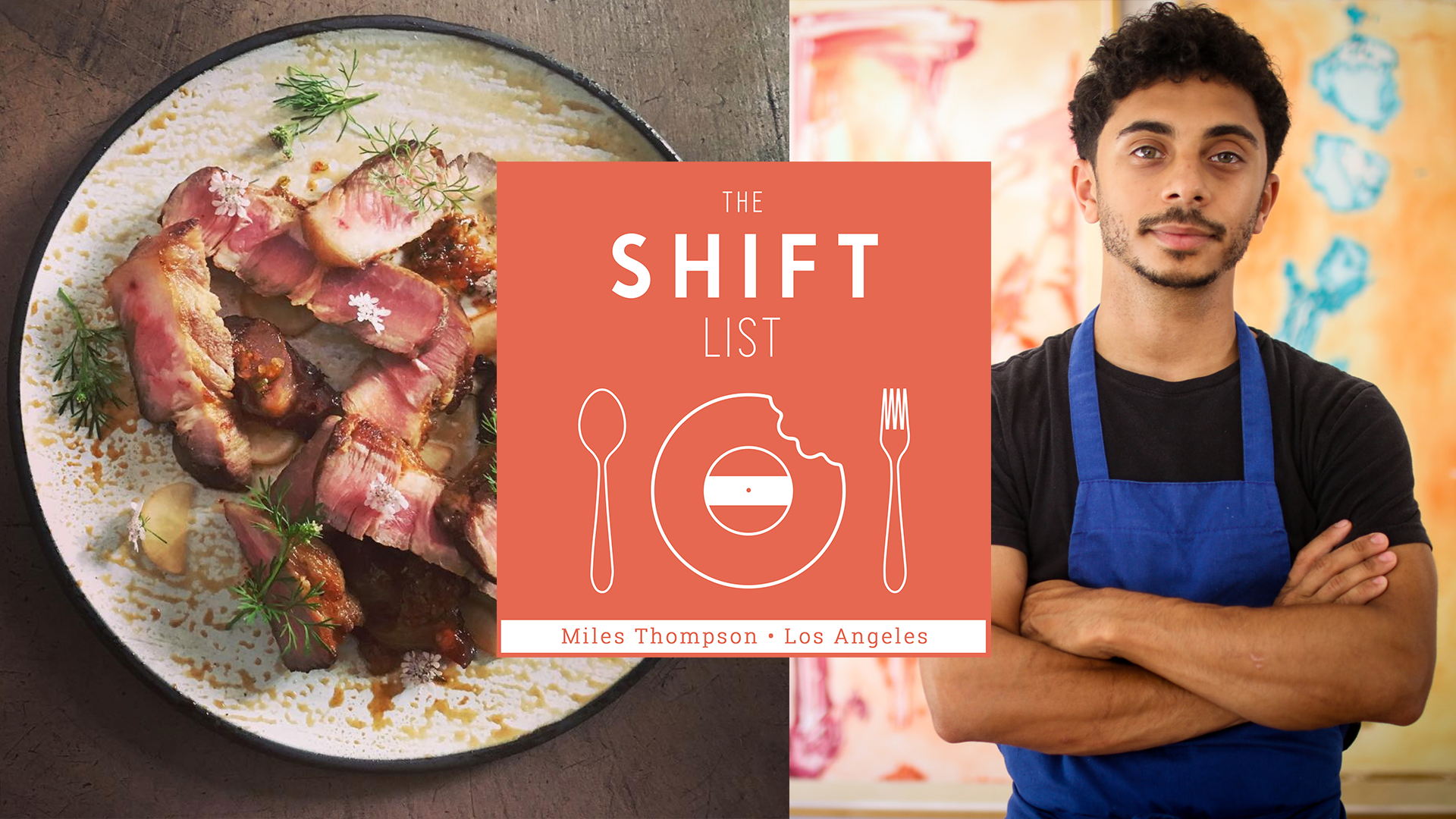 When Chef Miles Thompson describes food, it can sound like jazz – “salt, umami, acid, SUGAR, spice, crunch!” His Shift List includes the trippy guitar stylings of Bill Frisell, the rootsy wanderings of Jason Isbell, and classical suites from the likes of Debussy and Isaac Albéniz.

Miles Thompson is the Executive Chef of Michael’s Restaurant in Santa Monica, a mainstay in the modern Californian cuisine movement for almost 40 years, having acted as a springboard for the likes of Nancy Silverton, Jonathan Waxman, Brooke Williamson, Sang Yoon, and more.

Originally from New York state, Thompson moved to LA over a decade ago to work in the kitchens of NOBU, Animal, and Sonofagun, respectively, before venturing out on his own to start the wonderfully-received pop-up series called The Vagrancy Project, a supper club that he ran out of his tiny Hollywood apartment for about 8 months.

The Vagrancy Project ultimately led to Thompson opening his first restaurant as head chef at the now closed Allumette restaurant in Echo Park, which was selected by Bon Appétit as one of the Best New Restaurants in 2013.

After a brief stint away from Southern California, Thompson returned in 2016 to take the helm at Michael’s, after founder Michael McCarty’s son Chas convinced his father to bring on the young chef, telling him they needed to “take things to the next step” at the venerable restaurant.

Two years in, Thompson continues to push forward the restaurant’s legacy as an icon of Southern California’s restaurant scene, coming up with many of his most innovative recipes while listening to music during his sometimes 90-minute commute from East LA to Santa Monica on the 10 freeway.