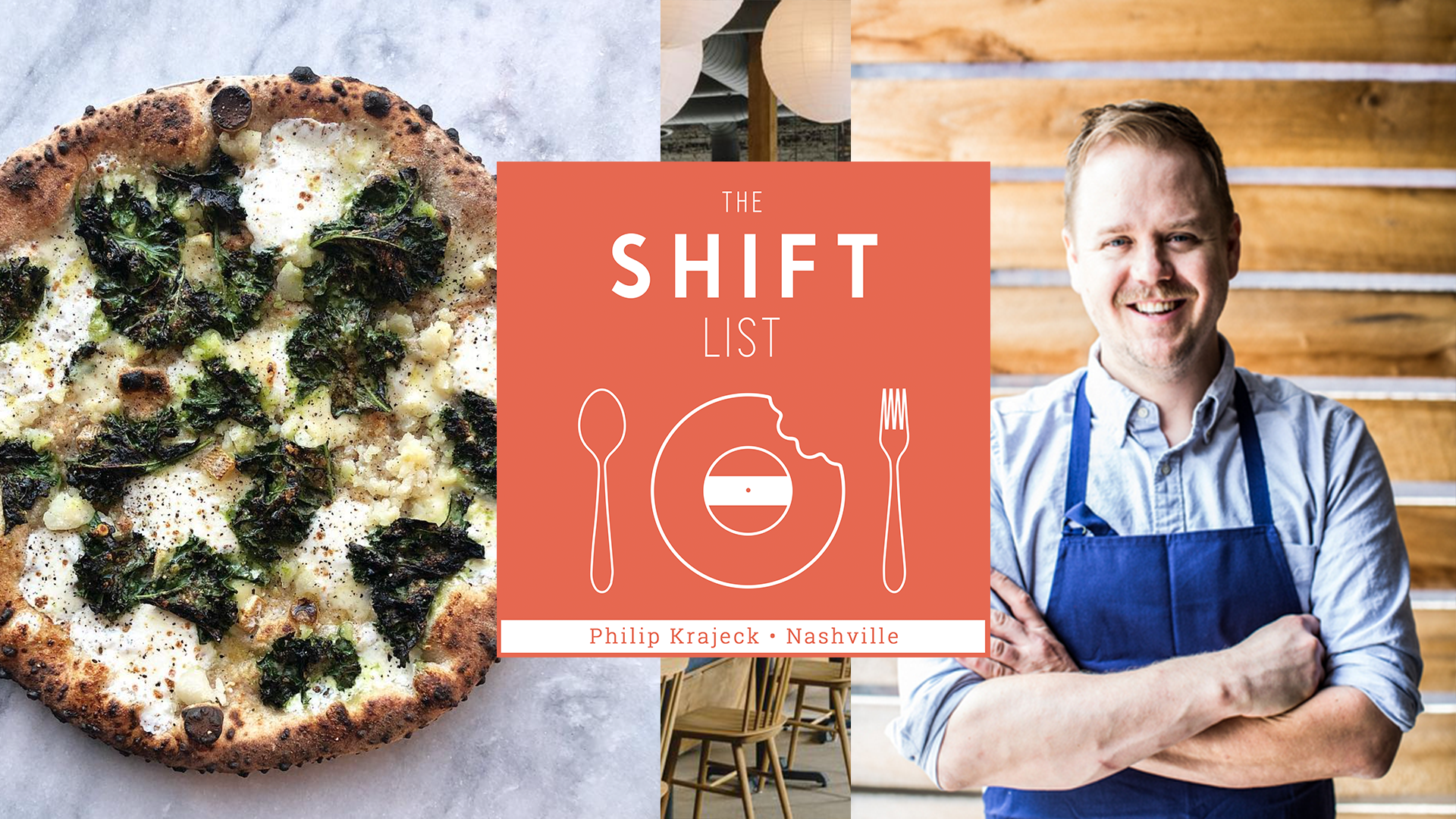 Philip Krajeck is the chef and owner of Rolf & Daughters in Nashville’s Germantown neighborhood. Distinguished in music city for bringing global cooking techniques to Tennessee’s Southern ingredients, he opened Rolf & Daughters in 2012 and it’s still full every night.

His follow up, Folk, opened a few months ago in the Spring, and he describes the menu as loosely Italian-influenced food that he’d essentially like to eat himself on any given day.

Krajeck’s musical influences run far and wide, in no small part due to the fact that he moved to Belgium with his family at the age of 10 and soaked up the vast array of genres he was exposed to, most notably by listening to Engligh DJ Giles Peterson and learning about Dance Music, Hip Hop, Spiritual Jazz, Funk, Soul, World Music and everything in between, tapping him into an entirely new universe of artists that he otherwise may have never have discovered.

He contributes this passionate and eclectic spirit to the vibe at Folk, creating a seamless and relaxed dining experience that’s comforting but constantly engaging.