Bright Star Does Right by Bluegrass on Broadway 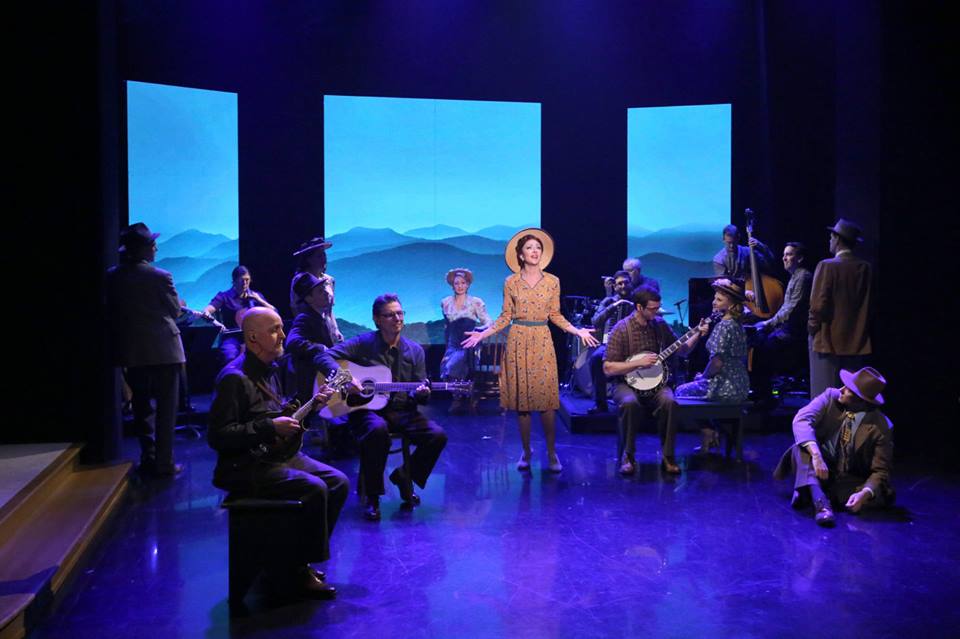 Broadway, lately, has been kind to the chorus it never saw coming, to adventurous works that look beyond traditional theater tropes and highly trained vibratos for a hook that lasts long after that curtain goes up. Hamilton, Lin-Manuel Miranda’s revolutionary hip-hop musical sensation, is the poster child of this: With its explosive performances and Roots-produced, Grammy award-winning soundtrack, it set a new standard for what the modern musical could do in terms of reconnecting theater with popular culture and keeping that life line intact. Waitress, the new musical based on the 2007 film starring Keri Russell, holds that pop connection close, as its music and lyrics were penned by Sara Bareilles of “Love Song” fame.

While shows like Les Misérables, Wicked, and The Lion King continue to draw crowds to their respective spots in Times Square every night, Broadway’s audiences are clearly clamoring for the current hits whose soundtracks make for seamless additions to their Recently Played iTunes playlist. They want an experience that banks on the music before the drama — and that’s how Bright Star gives its audience what it’s looking for.

Bright Star, the musical collaboration of Steve Martin and singer/songwriter Edie Brickell, brings Americana into this conversation. Set in the hilly sprawl of North Carolina in the wake of World War II, its story follows Billy Cane, a newly anointed veteran who’s trying to find his voice as a writer having just returned from the battlefield. Shortly after he makes his way home, he’s off again, heading to Asheville in the hopes of securing a byline at the Asheville Southern Journal. Alice Murphy — the paper’s tough, terse, and hawk-eyed editor — reads one of Billy’s stories and pays him for his work, but doesn’t publish it: She offers Billy the opportunity to pitch her ideas until one sticks, and he spends the majority of Bright Star working toward that goal. Through flashbacks, we learn more about Alice — where she came from, the loves and losses that shaped the bubbly teenager who somehow turns into the stern woman Billy meets at the Journal — and that her life’s story syncs up with Billy’s in a way that neither one of them sees coming.

While the plot of Bright Star bounces between the aspirational journey of Billy’s and Alice’s painful trip down memory lane, the music is what lays a firm foundation for the folklore. With down-home arrangements, plenty of opportunities for its singers to showcase their ability to belt the hell out of a long-held high note, and the steely twang of the bluegrass band onstage throughout the program, the music of Bright Star is the anchoring force of the production — the backbone that keeps the decidedly PG storylines from broaching cheesy, try-hard territory in a venue that’s more than susceptible to that kind of family-friendly fun. This isn’t "Bluegrass by Disney" or anything, either: The arrangements are tight, the vocal lines are tough, and the accents steer clear of caricature territory (for the most part). By treating the band as a living, breathing set piece — and keeping them visible and active throughout the performance — Bright Star makes the importance of the music known, sending the not-so-subliminal message that the pickers and players backing the actors are just as pivotal to the story as Alice and Bobby are themselves. Carmen Cusack, as Alice, can summon hope and warmth (“Sun Is Gonna Shine”) as effortlessly as she can channel grief and despair (“Please, Don’t Take Him”), and the bright banjo riffs and sad bass lows do so in kind.

Bright Star may not break new ground, as far as its story goes, and the music, while lovely, isn’t especially earth-shattering, though it’s great to see an acoustic guitar and mandolin treated so venerably on the Great White Way. But like Hamilton, Waitress, and other musicals that have audiences rethinking the role popular music has to play in storytelling, Bright Star succeeds in working music — in this case, of a folkier, bluegrass ilk — into its fabric while pushing boundaries and expectations for both the genre and the artform. Broadway’s finally down with beats and poppy hooks. It’s about damn time it picked up the banjo, too.