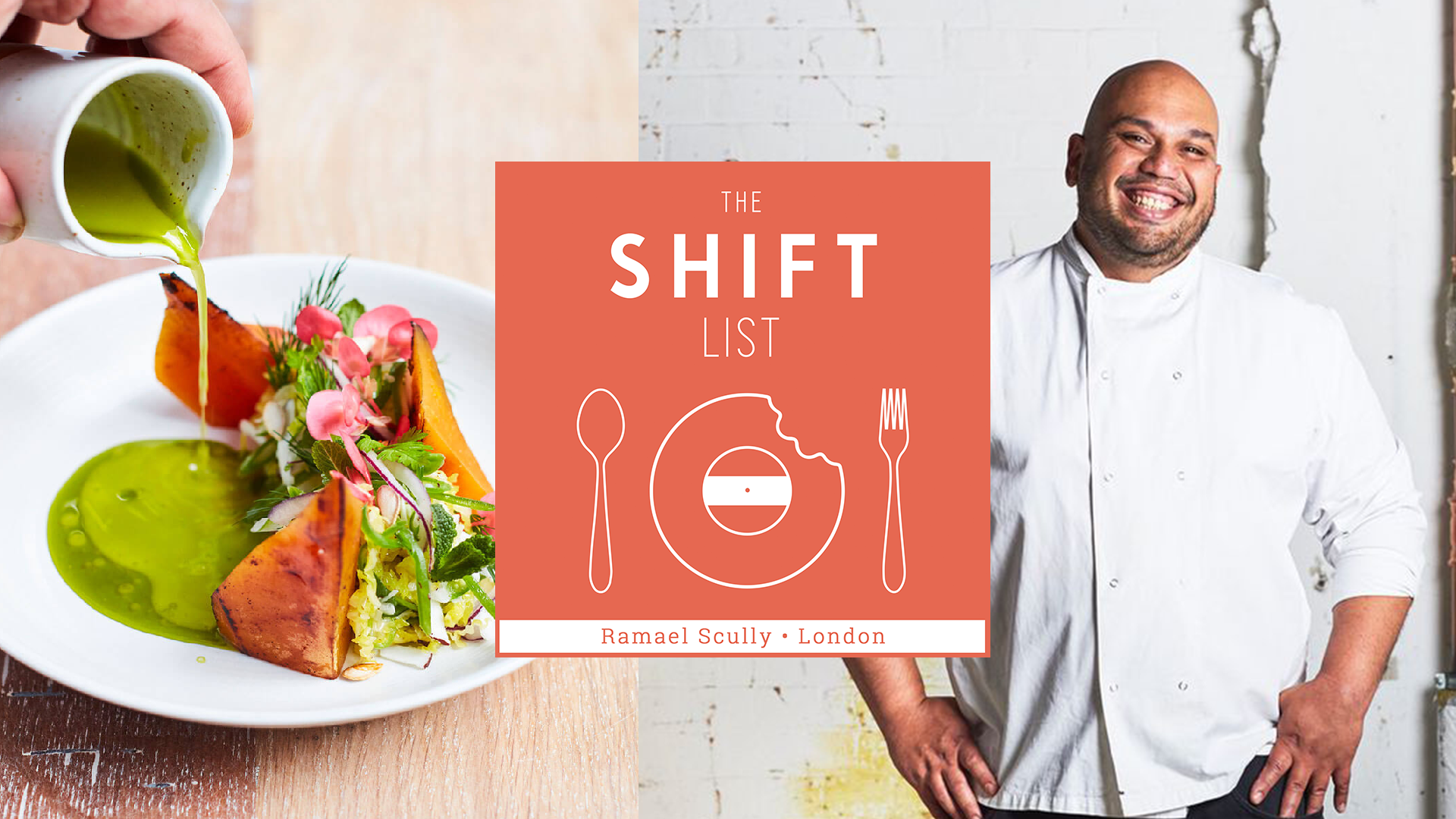 A veteran of chef Yotam Ottolenghi’s venerable Ottolenghi and Nopi restaurants, Ramael Scully opened his first restaurant, Scully, back in March 2018 with the backing and support of Ottolenghi himself.

Given that Ramael Scully was born in Malaysia to a mother of Chinese and Indian descent and an Irish-Balinese-Malay father, his palate was destined to be informed by mixed influences. Add a move to Australia as a young child, where he was ultimately raised in a multi-ethnic neighborhood, and you start to get a sense of how he eventually found his culinary voice.

Utilizing a range of ingredients from homemade spices, pickles, preserves, oils, animal fats, dairy, and sprouts, his food can only be described as his own, like the arepa stuffed with eggplant sambal and bergamot labneh. It’s neither Middle Eastern nor Colombian — it’s just Scully’s.