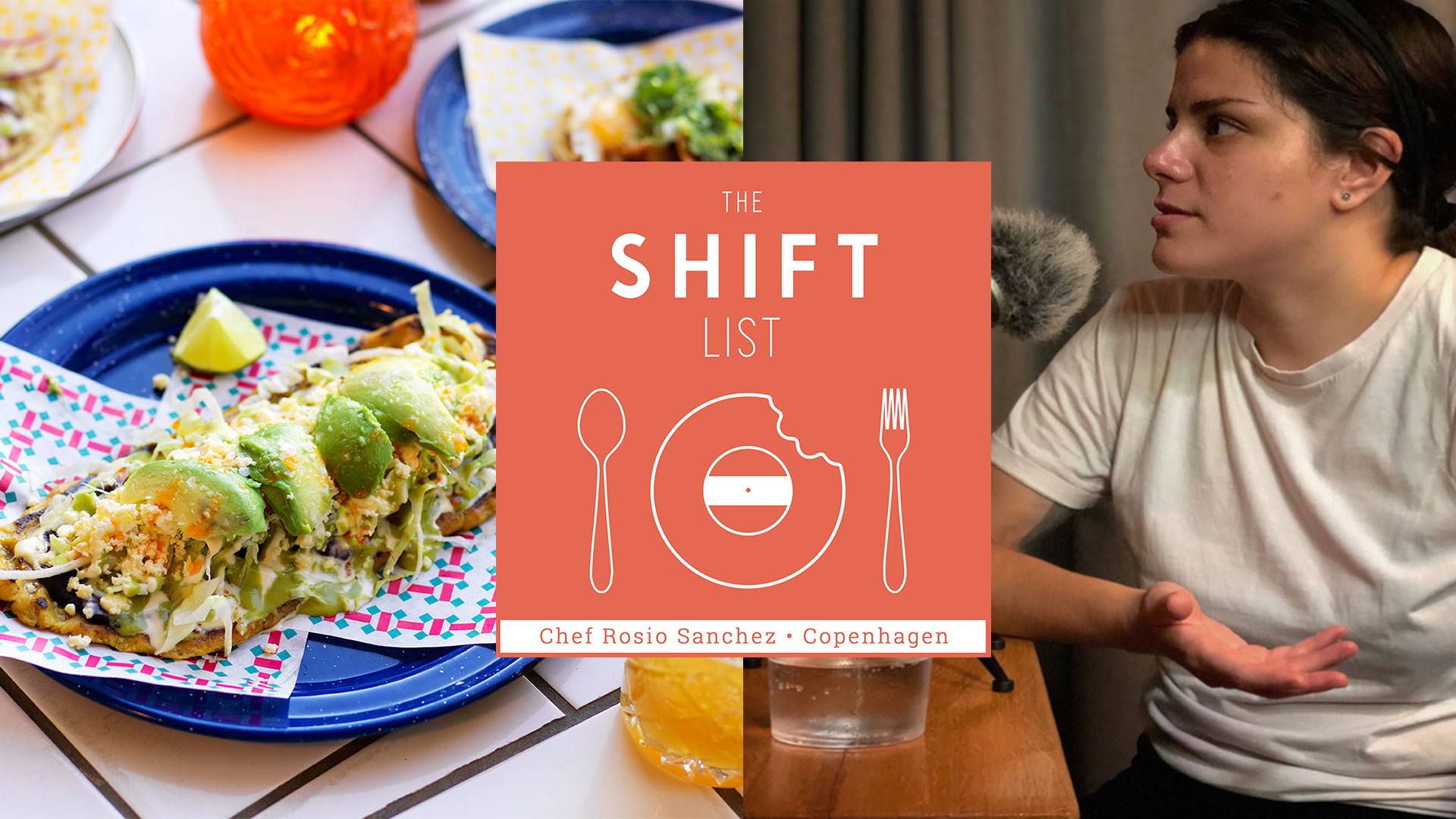 Chef Rosio Sanchez talks techno, salsa, disco, and why ranchera music is played in the restrooms at her Mexican bistro Sanchez.

Rosio Sanchez is a Mexican-American chef from Chicago who’s now spent nearly a decade in Copenhagen.

Soon after working her first job at New York’s WD-50 with pastry chef Alex Stupak, she joined Rene Redzepi’s team at Noma, eventually becoming head pastry chef there while in her 20s.

After her time at NOMA, widely considered to be one of if not the best restaurant in the world, she struck out on her own to open a taqueria in Copenhagen – Hija de Sanchez – showing Denmark how delicious tacos made the right way—with fresh ground masa for tortillas imported from Oaxaca for starters – can really be.

In 2018 she launched Sanchez in Copenhagen, which she likes to describe as a Mexican Bistro, expanding the versatility of what Mexican food can be for the country of Denmark and beyond.

Rosio’s shift list includes techno, salsa, disco, and reveals who she’d most want to sing like if she wasn’t a chef (it’s Mariah Carey).