The Show On The Road – Adrian Quesada 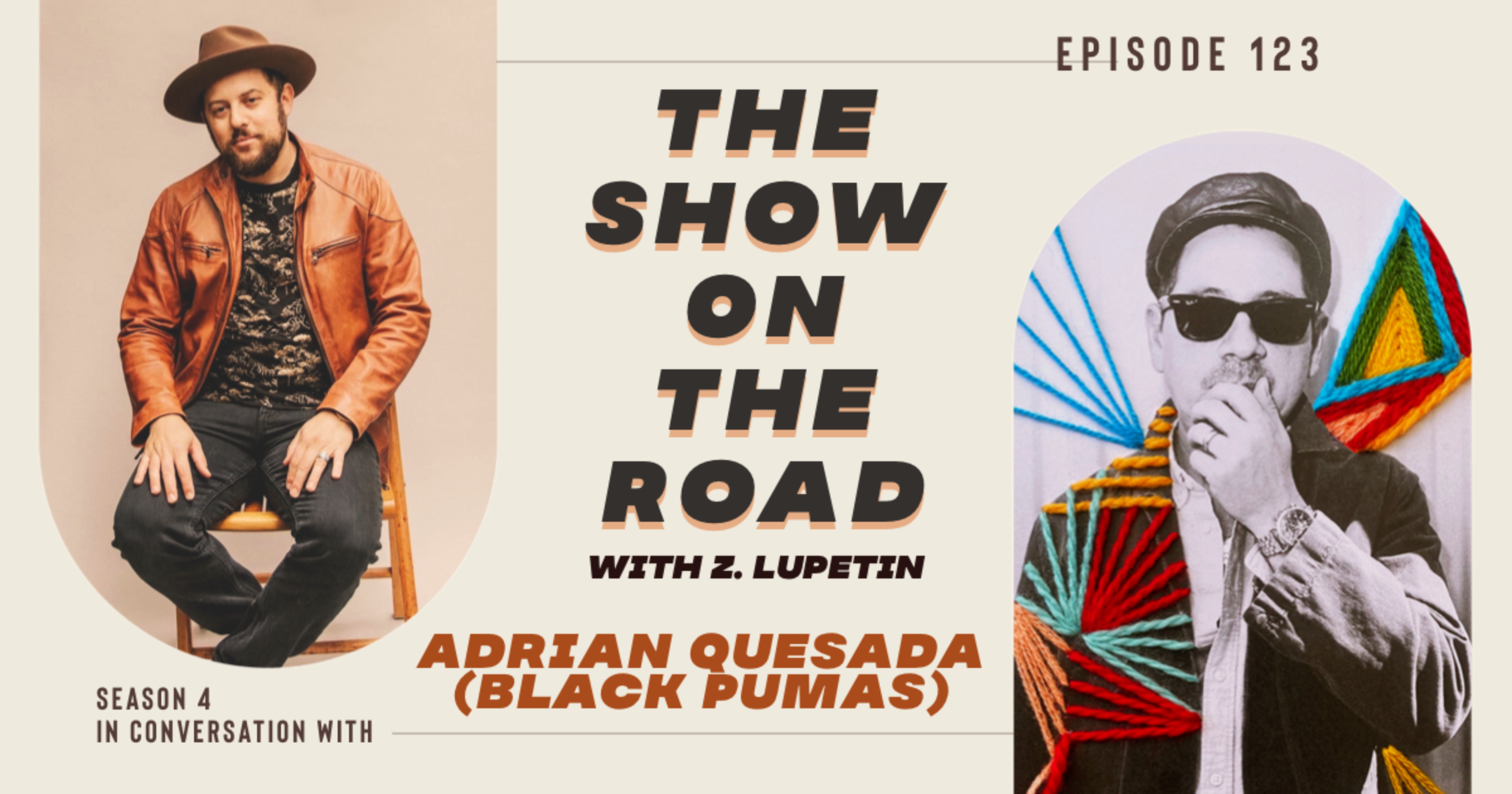 This week, we head down to Austin, Texas where we talk to multi-instrumentalist and renowned producer Adrian Quesada.

Many know him as half of ground-breaking deep soul duo Black Pumas, where songs like “Colors” rose up the charts, taking them from tiny Austin clubs to the biggest festivals in the world, garnering Grammy nods, playing as the theme for the Major League Baseball playoffs and even featuring at Joe Biden’s inauguration. But on his own, Quesada has had a remarkably fruitful 2022, first releasing his Spanish-language debut Boleros Psicodélicos with some heavy collaborators, and in November he brought forth Jaguar Sound, a cinematic instrumental opus that’s one part Daptone R&B groove, one part hip-hop sample jam and one part Morricone vintage score mystery.

Growing up on the border town of Laredo, Texas as a MTV-loving, hip-hop and hair-metal obsessed only-child, Quesada discusses how he used the isolation of the pandemic lockdowns (and a pause in his relentless Black Pumas touring) to begin creating the music that had been living in his head for decades, but never had a chance to be heard. Gems like “Noble Metals” feel like a cross-section between an early dreamy Santana cut and something that could be found in a trippy Japanese animation.

A self-professed “studio rat,” Quesada teases at the end of the talk that he’s only just scratched the surface of what he hopes to create. One can only hope that a Black Pumas reunion with charismatic vocalist Eric Burton is in the cards, too.