The Show On The Road – Béla Fleck and Abigail Washburn 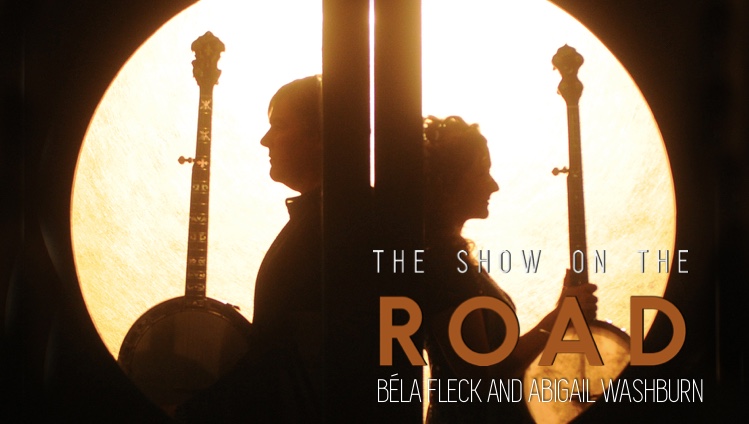 Béla Fleck and Abigail Washburn — two legends and innovators who’ve brought the humble banjo across four continents and have won over 17 Grammys between them in the process — talk with Z. before their show at UCLA.

For over three decades now Béla has quietly revolutionized how the banjo is played, recorded, and perceived — taking it from of the front porches of Appalachia and into jazz clubs, symphony halls and rock stadiums from his hometown of New York City to Uganda and Tibet and back again.

Meanwhile, Abigail has forged her own unique path. A fiercely intelligent songwriter and activist fluent in Mandarin, she gave up on being a well regarded lawyer in China after a meditation retreat brought her to the realization that the banjo and not the briefcase was her destiny. After meeting at a Nashville square dance (yes, that really happened), Bela and Abigail’s banjo explorations became one. Slowly, they began touring and recording together, and that’s where Z. caught up with them, on a rainy Wednesday on UCLA’s campus in LA.

Featured Songs: “Big Country” and “Over The Divide”

Presented by Nomad Goods. Head to hellonomad.com/bgs and use code “BGS” at checkout to receive 15% off any full priced items through the end of January.