The Show On The Road – Che Apalache 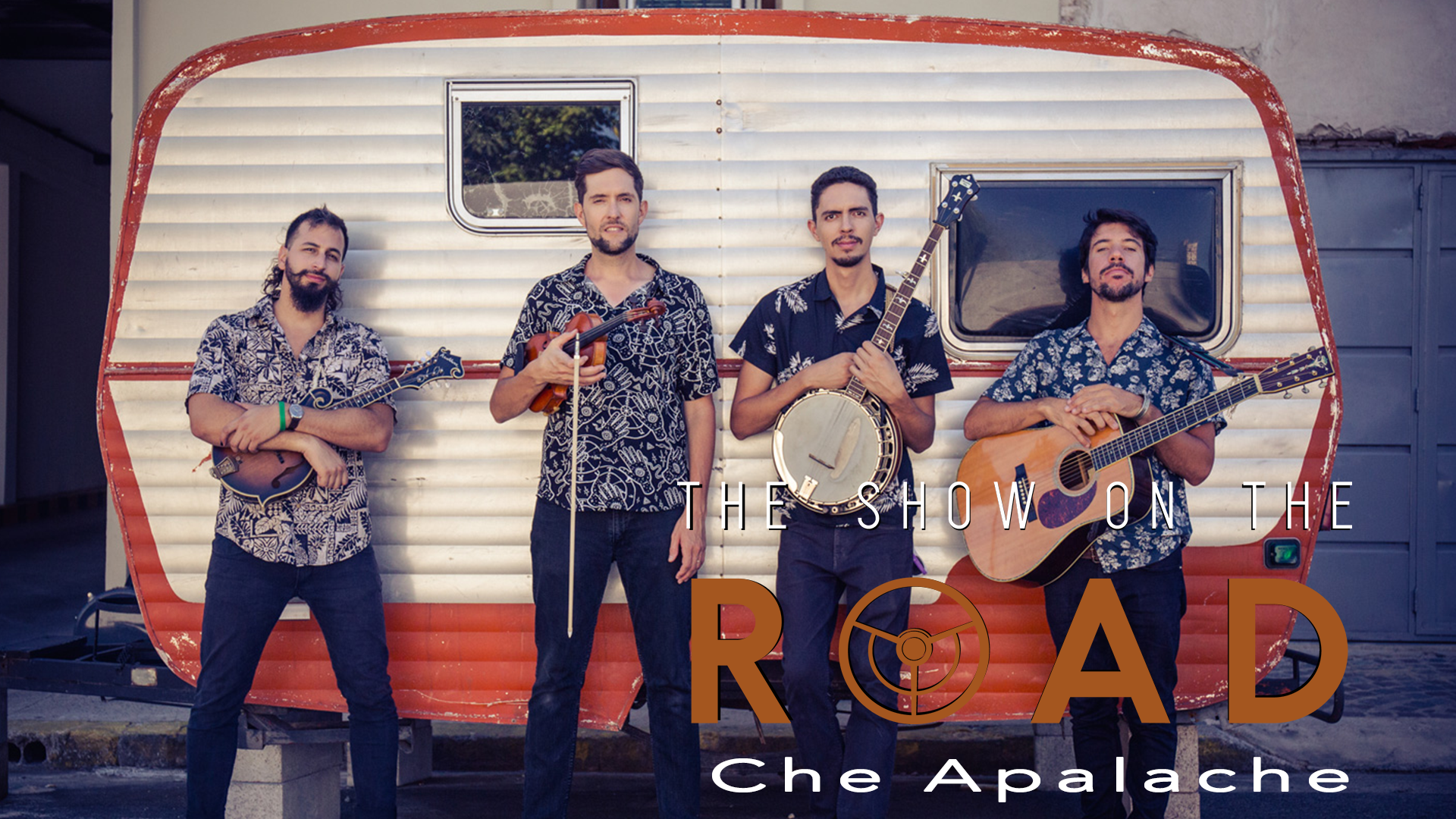 This week we feature a border-breaking bluegrass band who came all the way from Buenos Aires to celebrate their Best Folk Album Grammy nomination. Before Che Apalache hit the red carpet, they stopped by host Z. Lupetin’s LA living room studio to talk about their unlikely founding and how they’ve created their intoxicating brew of traditional North American and often overlooked South American string band sounds.

Lead by a trilingual world traveler, fleet-bowed fiddler, spitfire vocalist, and sonic scholar Joe Troop, Che Apalache formed almost accidentally when Joe began teaching curious local Buenos Aires pickers his own North Carolina folk traditions. Amongst his talented students he found three kindred spirits in Argentinians Franco Martino on guitar and Martin Bobrik on mandolin, and Pau Barjau on banjo, who is originally from Mexico. The result has been one of the most unexpected and have-to-hear-this-to-believe-it stories in modern roots music, culminating in their brilliant second record, Rearrange My Heart, which was produced by fan of the band (and a guy pretty good on the banjo), Béla Fleck. Lucky for all us, Che Apalache play several songs during the episode!