The Show On The Road – Dom Flemons 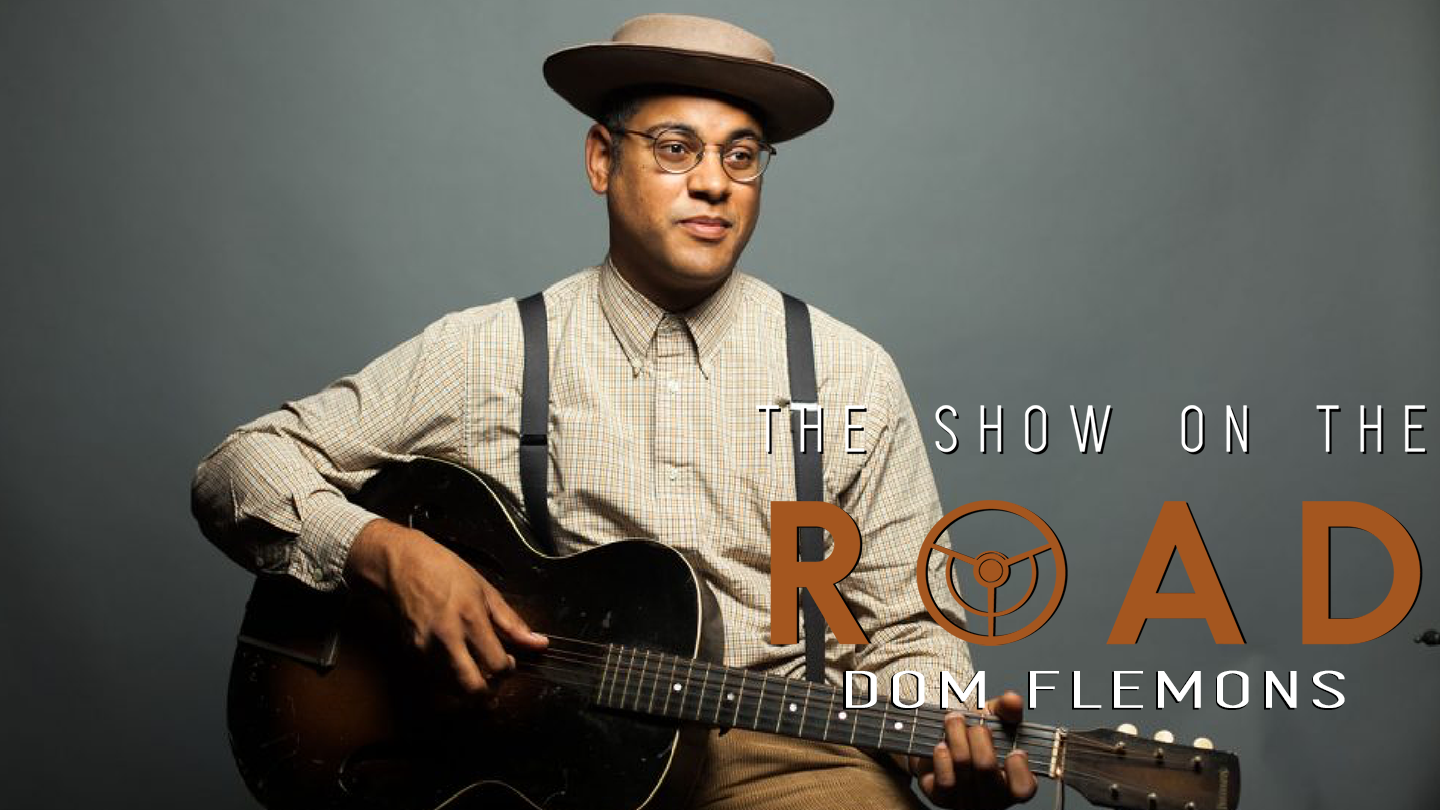 This week on the show,  Z’s two-part conversation with Dom Flemons, the Grammy award-winning American songster who has made it his mission to reclaim and rejuvenate the lost acoustic music of the past and bring it whistling brightly into the future.

Born in Phoenix, Arizona to parents of African American and Mexican heritage, the ever-curious young Dominique Flemons went from playing drums in his school band and busking on the streets of Flagstaff with his fingerpicked guitar and neck rack harmonica to taking a chance that would change his life completely. He scrounged enough money to make it to the Black Banjo gathering in North Carolina, where he would meet Rhiannon Giddens and Justin Robinson and begin a seven year run with their groundbreaking African American string band, The Carolina Chocolate Drops. They would go on win a Grammy for Best Traditional Folk Album, headline festivals and theaters around the world, open for Bob Dylan, play the Grand Ole Opry, and burst into the collective consciousness of young acoustic music hopefuls all around the world who were tired of the same stoic, hillbilly bluegrass and white-washed old-time songs played over and over around the festival campfire.