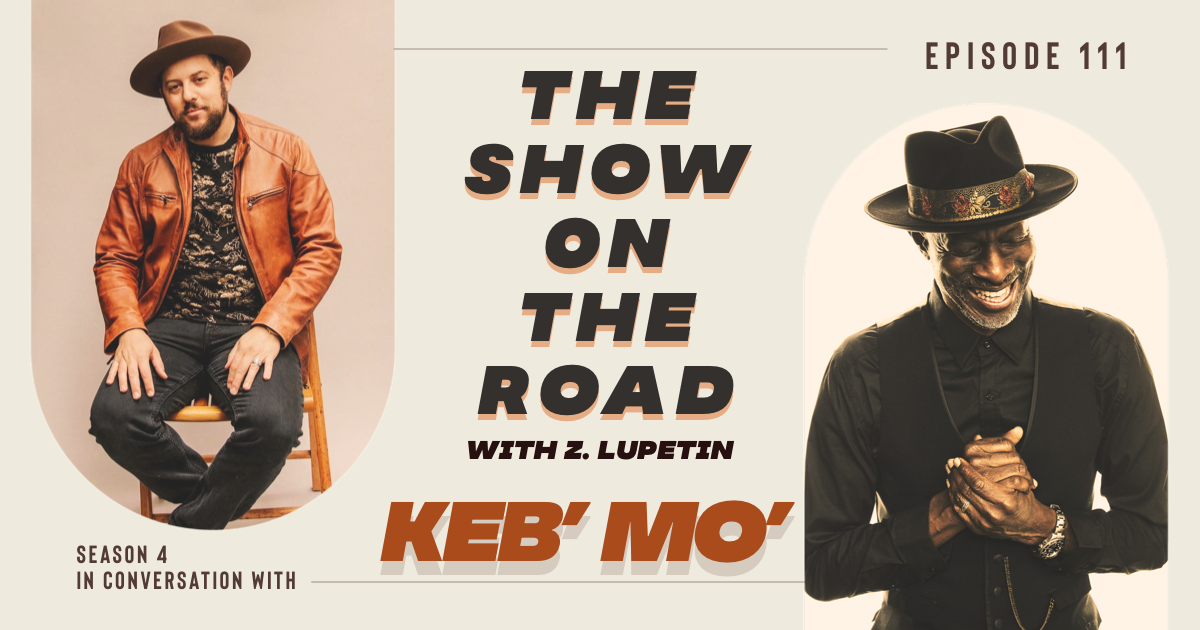 This week, to help commemorate the conclusion of Black History Month, we bring you an in-depth conversation with Compton, California-raised blues and roots master (and BGS Artist of the Month) Keb’ Mo’, who has helped preserve the haunting Delta blues of Robert Johnson while also making his own cheerful and slyly subversive R&B Americana for the last thirty years — winning four Grammys along the way. His newest album, Good To Be, was inspired by returning to his neighborhood in LA and rediscovering the community.

Born Kevin Roosevelt Moore to parents who migrated from the Deep South, Keb’ Mo’ shortened his name and began playing in a variety of styles from calypso (he played steel drums) to pop before finding an audience playing guitar in local theater productions, and attracting the attention of Martin Scorsese who featured him in his Blues compilation. His 1994 self-titled debut was a critical and commercial success.

Keb’ cuts a dashing figure onstage and has been featured in numerous films and TV shows, appearing in The West Wing, stealing scenes as Howlin’ Wolf on CMT’s Sun Records, and playing the haunting bluesman Possum in John Sayles’ 2007 film Honeydripper. The Obamas brought him to the White House to play, too. As he mentioned in the podcast, it was being in the presence of Michelle that was his favorite memory of that special trip.

Keb’ Mo’ has especially cherished collaborating with some of his musical heroes like Taj Mahal, Rosanne Cash and recently on his upbeat 2022 LP with Darius Rucker on “Good Strong Woman.” Stick around to the end to hear him talk about hanging out with Bill Withers and remaking the classic “Lean On Me.”