The Show On The Road – Matt the Electrician 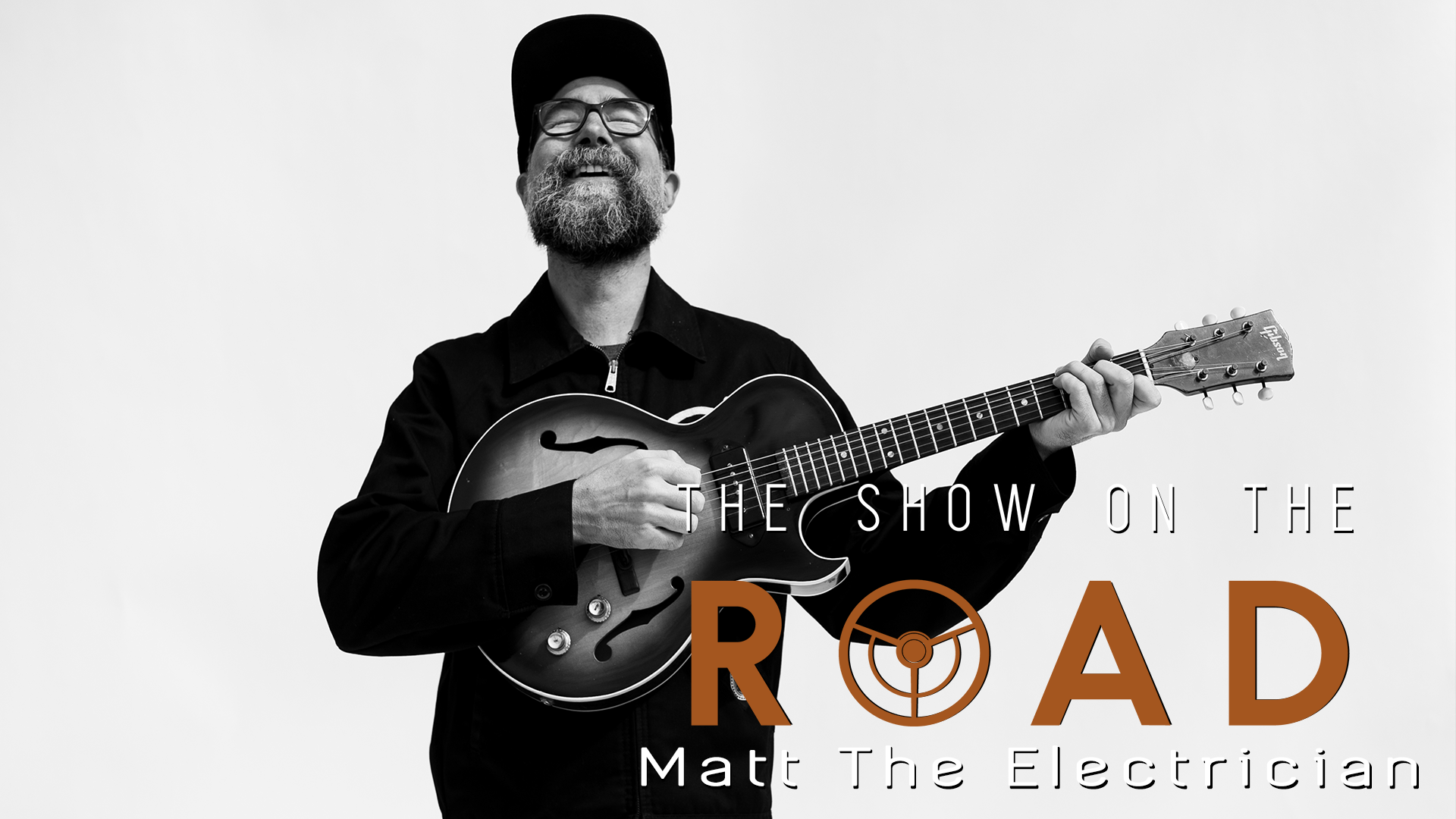 This week, Matt the Electrician — a kind-hearted songwriter and cunning craftsman of smile-inducing folk songs that retain the one thing we might need most in our jackknifed new century: hope.

While the artist not known as Matt Sever may still be able to fix the sparking wires behind your walls with his nimble bear hands, he found a line of work even more daring, dangerous, and financially precarious. What did he set his sights on back in the 1990s? Being a roving folk singer.

Matt’s been at this a while, he looks more like your cool tatted shop teacher than the next big arena money maker for the major labels. So, letting the people who have put him up in their houses and cooked him a warm meal on the road support the music their own way? It’s kind of beautiful. In fact, his sturdy fanbase just lovingly funded his next record, for which he’ll be working with a producer for the very first time, and that producer is none other than Tucker Martine. He’ll be heading up to Tucker’s studio in Portland, Oregon to start the project in October.

The Show On The Road - American Aquarium

The Show on the RoadMay 5