3×3: Blair Crimmins on Bowie, Bradbury, and the Imperfect South 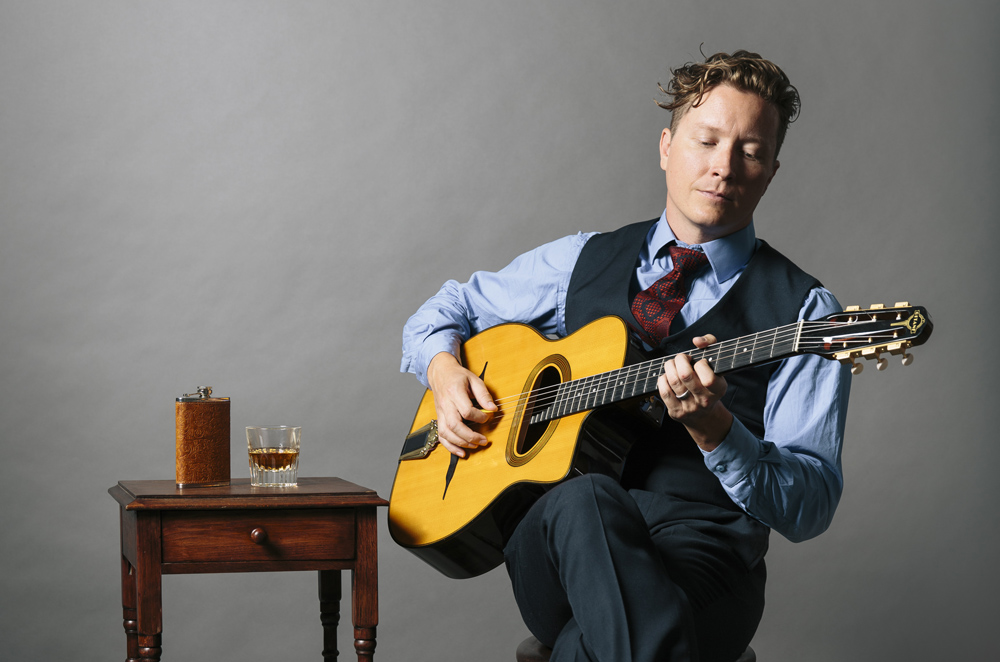 #blaircrimminsandthehookers go on at 4:15 at the State Street Stage today @bristolrhythm! So glad to be back!

If you had to live the life of a character in a song, which song would you choose?
I have a song on the new album called "Wandering Joe" which portrays a traveling musician. I’m already a traveling musician, but this guy is the greatest touring musician you can imagine. He’s always dressed to the nines, never tired or grumpy, and always playing his best. He’s really an unattainable image of a performer that I think a lot of us musicians aspire to be. In reality, though, nobody is immune to the fatigue of touring, although we might pretend that we are.

Where would you most like to live or visit that you haven't yet?
When I’m in a new place, I always think about what it would be like to live there. I’ll think that someday I’d come back and relocate there, but when it’s time to head home, I’m usually ready to go. The one exception for me is Ireland. I left thinking, “I need to find an excuse to live there sometime.” I loved the atmosphere, the people, even the rainy weather. There was a calm serenity to the place.

What was the last thing that made you really mad?
Last night around 2 am the bartender just yelled out “Last call.” I got irritated because he does that every night and it's getting old. There was still so much beer left!

Let's put on Hawaiian shirts, listen to The Kinks and drink beer in the back yard. Me and the Banjo boy.

What's the best concert you've ever attended?
I attended a Santana concert when I was 12, and they pulled me and my friend up on stage. Security had told us to sit down, but Carlos saw what was going on and waved us up there. They gave us percussion to play and put mics in front of us. I always enjoy a concert more when I get to join the band!

What's your go-to karaoke tune?
I have my go-to artists, one of which is David Bowie. I was in a karaoke bar after a show in a very small town in Colorado and sang "Ziggy Stardust." It was just a few days after he died, and I was feeling pretty emotional about it. I went into full Ziggy character, crawling across tables singing on top of the bar — all the moves. I freaked out everyone in that little local bar.

What are you reading right now?
A collection of short stories by Ray Bradbury.

Whiskey, water, or wine?
Whiskey with a cube of frozen water.

North or South?
South. It ain’t perfect, but it’s home.