The Show on the Road – Menahan Street Band (The Daptone Sound) 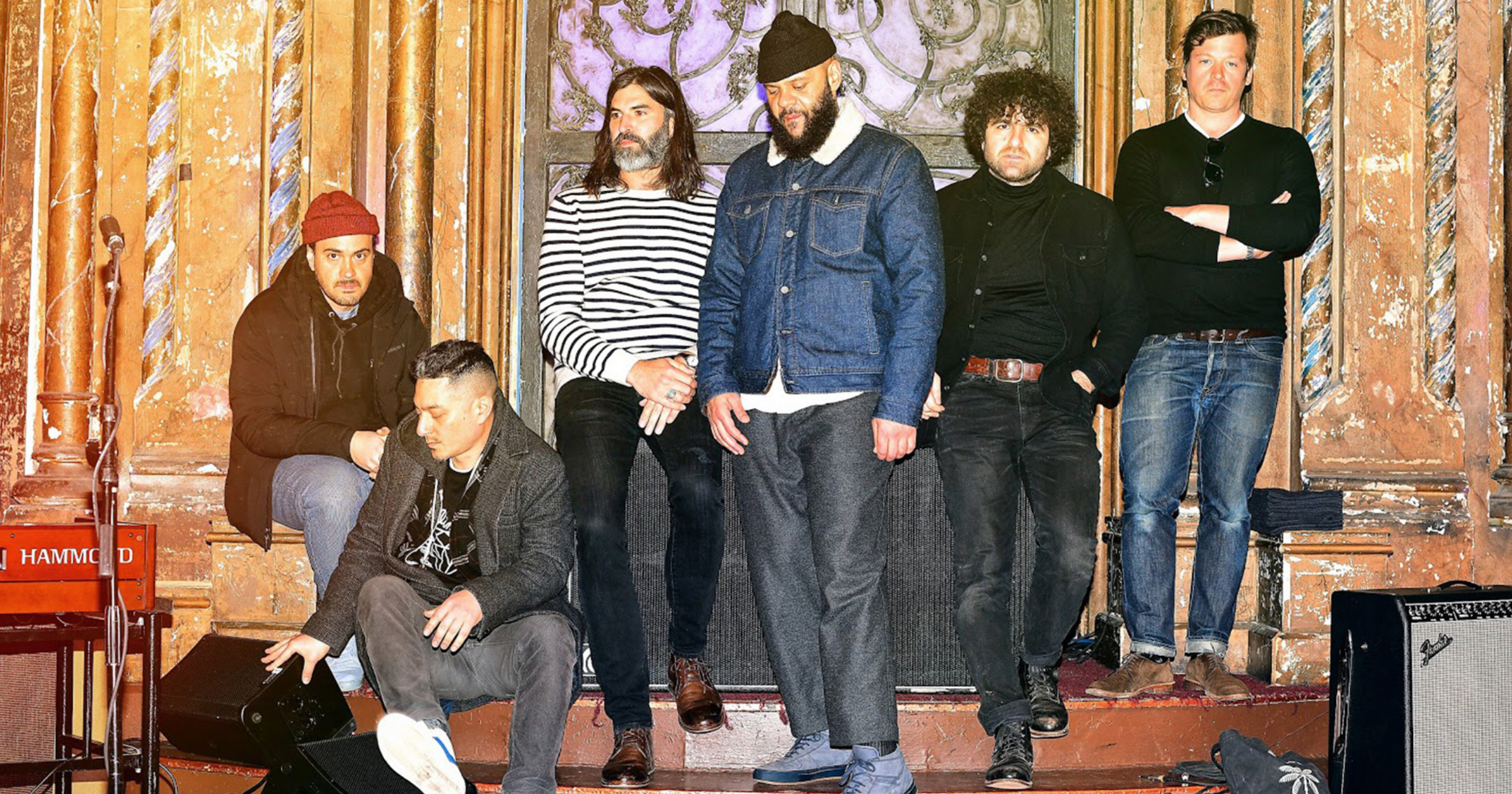 This week, The Show On The Road brings you a rare conversation with Thomas Brenneck and Homer Steinweiss, the braintrust behind brass-forward instrumental supergroup the Menahan Street Band. If Tarantino and Scorsese ever needed a custom-made, 1970’s greasy-soul soundtrack, MSB might be the perfect choice. While the timeless Daptone Records sound has gone worldwide thanks to breakout stars like the late Sharon Jones and Charles Bradley, most don’t know the bandleaders and songwriters behind their intricately arranged works.

Guitarist/producer Thomas Brenneck has been the secret sauce in helping hitmaker Mark Ronson create vintage backdrops for crossover stars like Amy Winehouse, while Homer Steinweiss’ slinky drumming can be heard across the Daptone universe, including on Jones, Winehouse, and Lee Fields and The Expressions records, not to mention his work with Lady Gaga, St. Vincent, and Bruno Mars. For the first time in a decade, MSB — which includes Dave Guy (The Roots), Leon Michaels (The Black Keys) and Nick Movshon (The Expressions) — have reconvened the troops to create their most effortlessly cinematic collection yet: the cheekily titled The Exciting Sounds Of The Menahan Street Band. The album art alone signifies a sensual, intimate evening is ahead to whoever listens. Is the design NSFW? Maybe.

Brenneck called into the episode taping from outside L.A. and Steinweiss from his studio in New York City. The conservation jumped back to how they formed the group in 2007, how they convinced Bradley to join them in making new music (he had been doing James Brown impression work), and how they find that out-of-body, improvisational zen zone which creates their aural moods of mystery and intrigue — showcased best in the reverb-y Bond-like jam “Starchaser.”

A favorite surreal moment that Brenneck mentioned was driving through Brooklyn hearing their song sampled by Jay-Z. For a moment, their horns were blaring from every car radio in the city. While hip-hop legends often find their beats and backdrops from classic soul and R&B vinyl, notables like Eminem, Kendrick Lamar, Travis Scott and 50 Cent have mined the funky MSB catalog for years. Sir Paul McCartney also used their services. If you need an instant vibe, they’ve got you. Even in sparkling trumpet-led themes like “Glovebox Pistol,” which clocks in at a minute and eight seconds long, you can see a velvet-boothed, smoke-filled scene unfolding, bringing to mind the lush scores of The Godfather or The Score.

Only recently have star backing-bands like The Wrecking Crew, The Swampers, and the Muscle Shoals Rhythm Section come to be appreciated for creating some of the most beloved songs in the American pop canon, from The Beach Boys and Aretha Franklin to Paul Simon, Bob Dylan, and The Staples Singers. It can be argued that in the 21st century, Brenneck and Steinweiss (and the work of The Menahan Street Band) deserve to be included in that conversation. With one listen of The Exciting Sounds Of The Menahan Street Band, you are transported — exactly where is up to you.