The Show On The Road – The Heavy Heavy 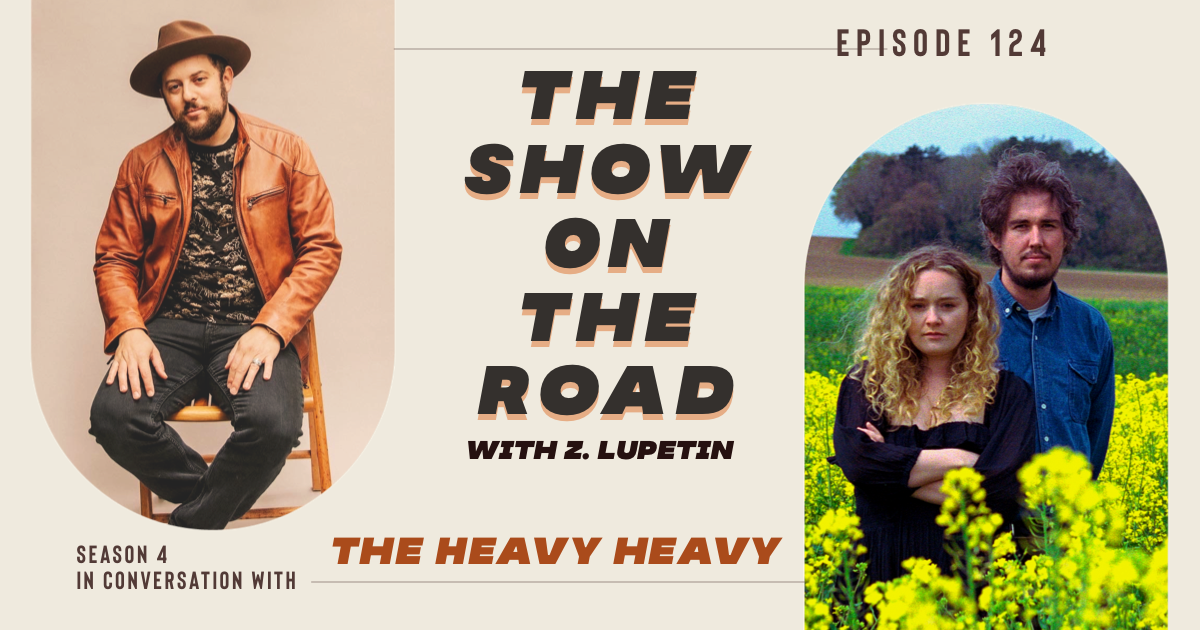 This week, we cross the pond for a talk with rising British roots-rockers Will Turner and Georgie Fuller, who harness the freewheeling sonic spirit of the ’60s with a new Brighton-based band they call The Heavy Heavy.

While the British coast isn’t exactly known for its blissed out sunshiny beaches (or as a haven for rock ‘n’ roll stardom), Will and Georgie decamped there during the pandemic. And through the power of imagination (and production wizardry), they somehow mastered the reverb-y sun-soaked harmonies that Laurel Canyon favorites the Mamas and the Papas and the Byrds brought forth during the summer of love, with their breakout EP Life and Life Only (with a wink to Mr. Dylan), issued stateside by ATO Records.

The response to their Woodstock-flavored tracks like “Go Down River” and “All My Dreams,” led by pairing Will’s roaring guitar and Georgie’s gospel-tinted vocals, has been overwhelming. European tours with label-mates Black Pumas preceded national U.S. TV appearances and their first full run in America. While some could write them off as merely skilled nostalgia-hounds, what Turner has pulled off with his masterful production of Life and Life Only shows an obsessive attention to detail, helping resurrect a sound and, more importantly, a feeling that isn’t stuck in the utopian hippie era, but could be the soundtrack to a more hopeful age that we may just be entering now.