The Songs of ‘So Long, So Wrong’ Ranked 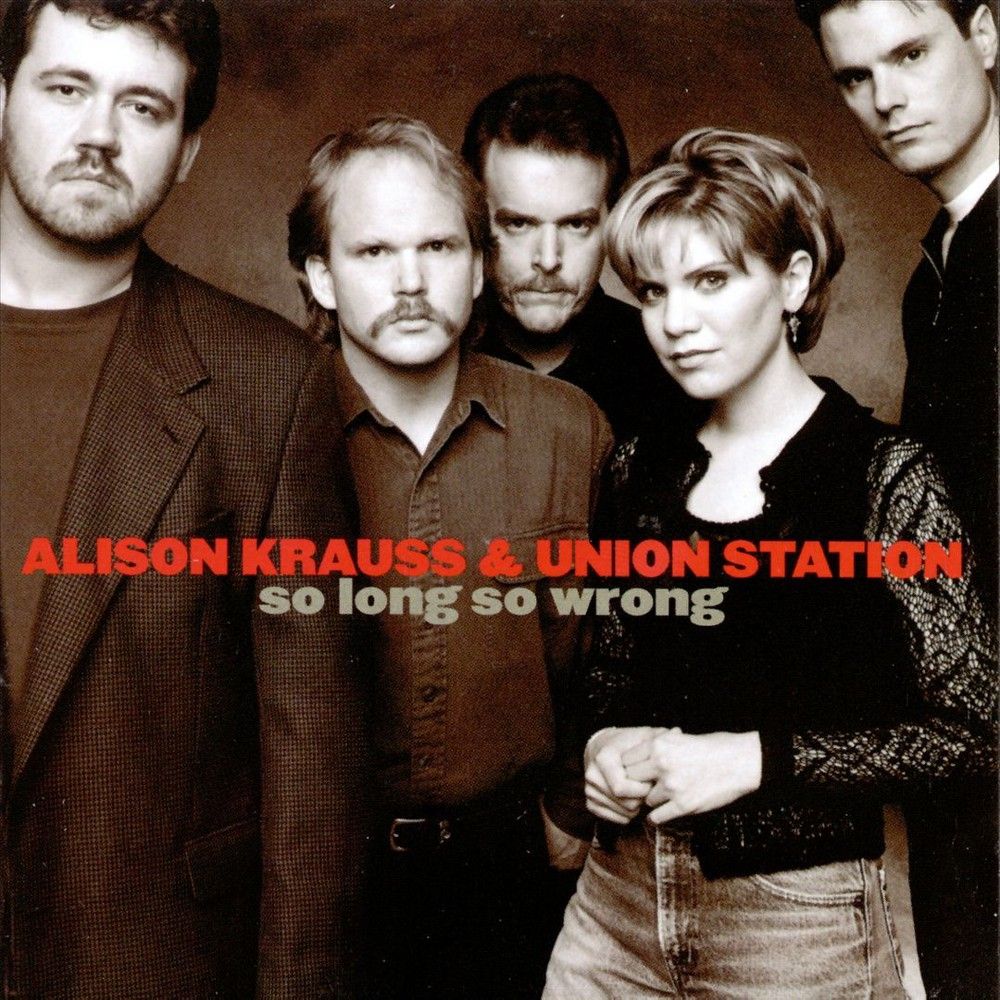 So Long, So Wrong is an iconic album. It signaled Alison Krauss & Union Station’s shift from a bluegrass-centered aesthetic to the signature post-grass, adult contemporary, mainstream sound that solidified their astronomical success. Ostensibly a bluegrass album, it rose through the ranks to land at number 4 on the Billboard Top Country Albums chart in 1997, the year it was released. But the objective markers of its success really don’t matter here. What does matter is that this album brought up a generation of bluegrass pickers, and mashers, and emotive songwriters who are rabidly, unapologetically, all-encompassingly in love with this album. This author falls into more than one of the categories listed prior.

So it’s a given, then, that we’re going to rank the songs of So Long, So Wrong from worst to best, right?

Keep in mind that even the lowest ranked of this set of fourteen songs are still superlative and are beacons of bluegrass artistry for all who adore the form. Yes, even you, “Looking In the Eyes of Love.”

The cinematic intro and reprise that bookend this song are absolutely delectable. It’s a faith-oriented song with a compelling message and it would rank higher if it didn’t, by its nature, exclude folks of differing beliefs from enjoying its whole delectability.

Besides giving us a rare glimpse at a world in which the grammar of bluegrass song titles is formatted correctly (except for the capitalized preposition), this track has only given us scores upon scores upon scores of mash jams pounding the everlovin’ shit out of what once was a nuanced folk song, sung in a timeless Appalachian style.

It’s a gorgeous, deft, brooding testament to the beauty of reverb. And we know not to ever turn down an opportunity for Ron Block to pick up his guitar. Still, this is Alison Krauss we’re talking about, and we’ve been taught to demand a higher level of quality from our brooding, reverb-soaked, AK songs. Sorry if this offends you, but someday, you’ll no longer care. You can let go now.

It’s actually quite nice to hear each of the boys sing lead on this album (except Barry?), but this poor song is up against some steep competition. And that strange internal rhyme (double/troubled) is just… strange.

You can’t always trust happiness. This one, you can trust — with those ethereal fiddle pads and the impeccable harmonies and swooping and swirling “ah’s” and “oo’s.” It’s immaculate. “Happiness” only happens to fall this low in the lineup because of the strength of its competition. Splitting hairs and all that.

The mark of a truly adept bluegrass band is being able to play a song at this exact tempo. They didn’t just find the pocket, they pulled up a chair and sat down in it.

Moral of the story? DON’T SLEEP ON ALISON’S FIDDLE PLAYING SHE IS A BEAST. And that chop though. (Honorable mention goes to Steffey’s picking being so clean you can make your brain tune into his pick noise alone just by thinking about it.)

What is this intro?? How does it conjure a DVD home menu soundtrack loop while still sounding like pure delight?? What is this voodoo? Well, no, the true voodoo in this song is the harmonies. These are not your mama’s harmony contours, but we are here for them.

This, my friends, is what mash can be. The Spotify embed for this song ought to be next to the entry for “mash” in the dictionary. And they may have captured the very best banjo intro ever played. Just give me more of that mando chop, that molasses voice (Steffey, Steffey, Steffey!!), that head-bobbin’ groove, and that catchy af hook.

“I used to laugh at all those songs/ ‘bout the rambling life, the nights so long and lonely/
But I ain’t laughin’ now./”
And in 17 seconds, you’re already crying. And there’s no one but me gonna take my part!

The combination of somewhat random subject matter with the asymmetry of the lyrical structures and the odd chord progression makes this an absolutely classic AKUS song. What’s with that overdubbed fiddle bowing during the banjo solo? WHO CARES, IT BOPS. If you haven’t screamed a third part to this song along with Dan and Alison at some point, you haven’t yet lived.

2. “It Doesn’t Matter”
The angst. The minor-key nihilism. The sheer melodramatic depression of it all. The breathy, gasping, echo-y background vocals with the arco bass. It’s everything — at least it was to a certain 16-year-old who used to die for the reharmonization beneath the vocal tag. It doesn’t matter if I pleeeeeeeeeaaaaaaaaad!!

That vibey fade in. That hook on the flattop. That unflinching right hand on Ron Block. That signature wonky chord progression. That bridge. Those twisting and winding background vocals. That reverb. Those bends on the banjo solo. This stunner is pulling much more weight than a typical title track. Wow, put it on repeat. A well-deserved number one.