The Sound of the Shoals 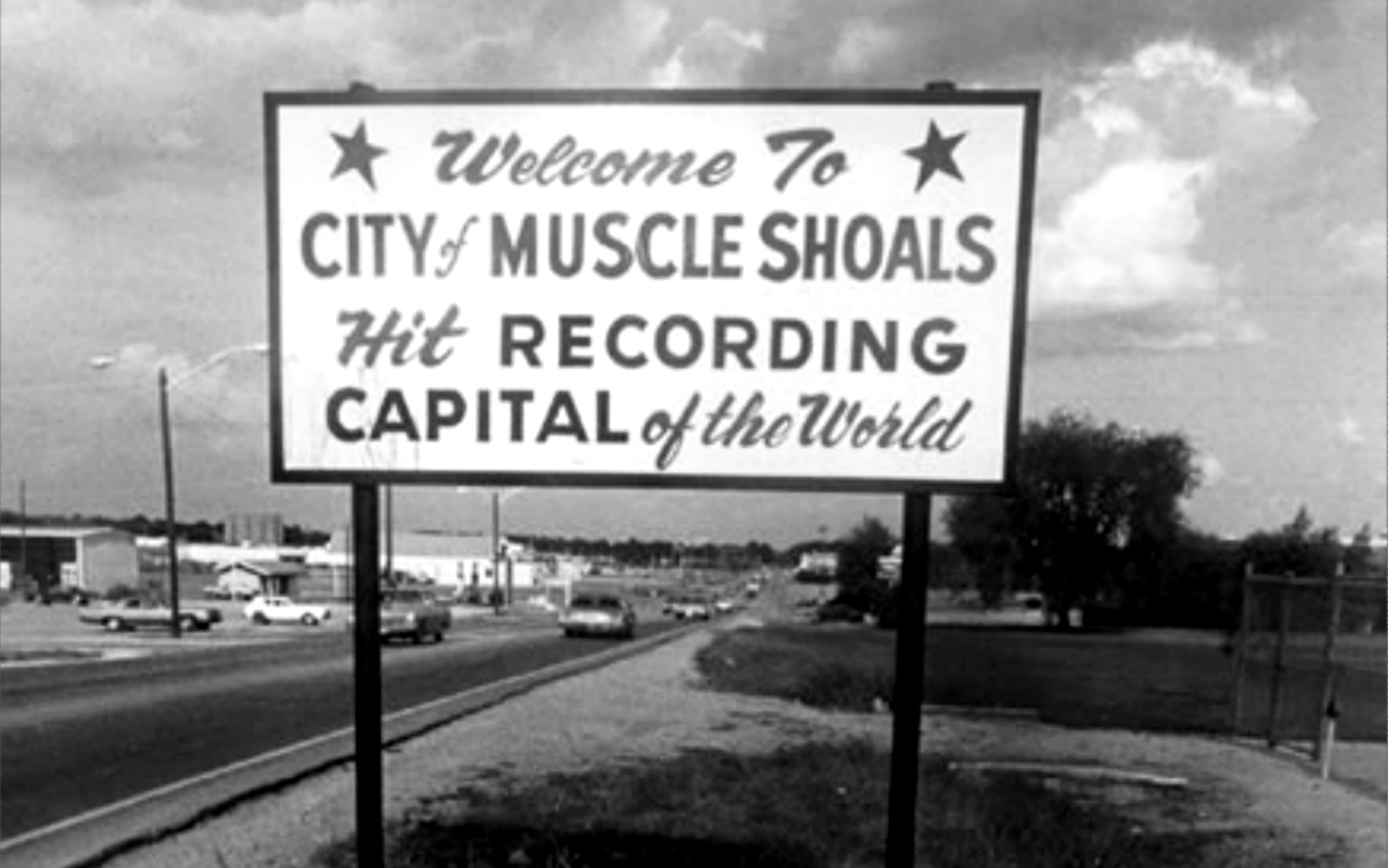 Attempts to codify the “Muscle Shoals sound,” which fueled a plethora of rhythm and blues hits in the ‘60s and ‘70s, often result in anthropomorphizing. Musicians, producers, and fans alike refer to its heart, its pulse, its gut, and, above all, its soul. Originating in the Shoals — a group of small towns located along the Tennessee River in northwest Alabama — it drew musical heavyweights like Aretha Franklin, Etta James, the Rolling Stones, and Bob Dylan. Now, the public can experience a slice of that musical history. The success of filmmaker Greg Camalier’s 2013 documentary, Muscle Shoals, prompted Beats Electronics and Google to put up nearly $1 million for the restoration of Muscle Shoals Sound Studios, the site of some of the region’s most legendary recordings. While the studio just reopened for tours on January 9, the Alabama Tourism Department has already named it the state’s top attraction for 2017.

Located at 3614 Jackson Highway in Sheffield, Alabama, the studio dates back to 1969, when the session musicians at a neighboring musical hallmark, FAME Studios, decided to open their own facility. Affectionately known as the Swampers, the Muscle Shoals rhythm section consisted of Jimmy Johnson on guitar, David Hood on bass, Barry Beckett on keyboards, and Roger Hawkins on drums. During their time at FAME Studios working with founder Rick Hall, they played on classic records ranging from Wilson Pickett’s popular cover of “Mustang Sally,” to Aretha Franklin’s “I Never Loved a Man (the Way I Love You),” and Etta James’s rendition of “Come to Mama.” Their approach wasn’t anything like the arranged compositions played in the studios in New York. Instead, their process was reminiscent of a jam session: Once in the studio, they would noodle around on their instruments together and come up with an arrangement to go with the vocal. While Nashville had country music and Memphis had the blues, Muscle Shoals sat between the two, becoming a melting pot of Southern rock, R&B, and soul. And the Swampers, with their bass-heavy funk, helped catapult that sound. The result was a musical renaissance that crossed racial boundaries. During a time of extreme racial tension, some of the most iconic Black artists in music history would travel to the South to record with a white producer and a white band. 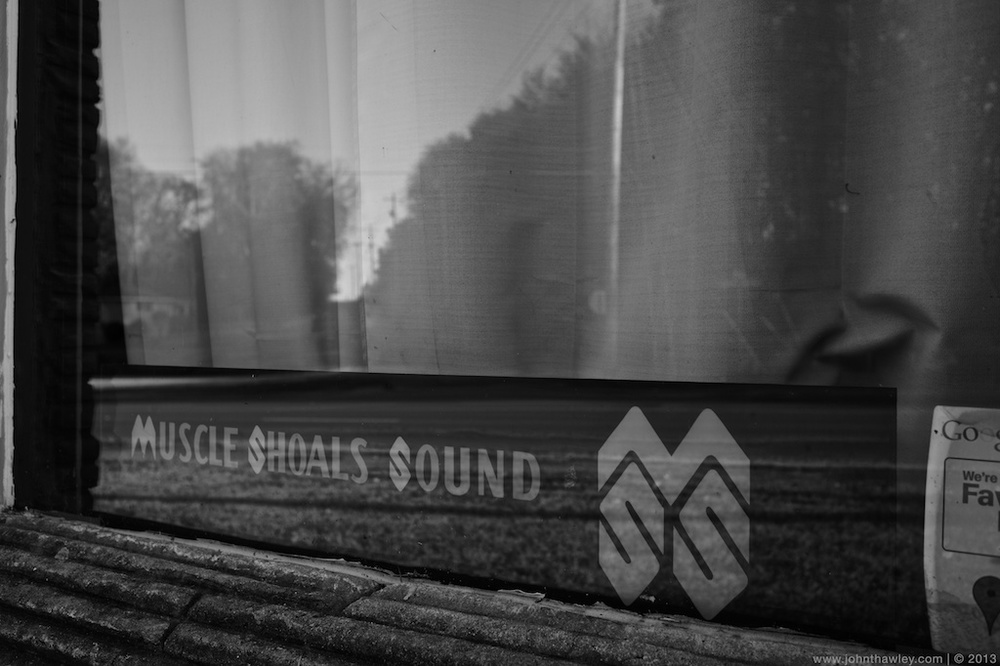 Four towns make up what is considered the Shoals: Florence, Sheffield, Tuscumbia, and Muscle Shoals, itself. With a combined population of around 71,000 according to the most recent census reports, this small, rural region was an unassuming hotbed for musical innovation. “It always seems to come out of the river, you know, even in Liverpool, you know, the Mersey sound and, of course, the Mississippi,” U2 frontman Bono says in the Muscle Shoals documentary. “And here you have the Tennessee River. It’s like the songs come out of the mud.”

The Shoals’ rich musical roots can be traced back to the water. The Yuchi Native American tribe first made note of the Tennessee River’s musical power, naming it “The River That Sings.” It was their belief that a woman in the river sang songs to protect them. Years later, the town of Florence became the birthplace of both WC Handy, known as the “Father of the Blues,” and Sam Phillips, the “Father of Rock ‘n’ Roll.” Phillips went on to become the owner of Sun Studios and Sun Records, putting Elvis Presley, Johnny Cash, and Jerry Lee Lewis on the map. Through Rick Hall’s production at FAME Studios, Muscle Shoals became the “Hit Recording Capital of the World,” with Jerry Wexler of Atlantic Records sending his artists to the Shoals to record.

Once the Swampers struck out on their own with the help of a loan from Wexler, Muscle Shoals Sound Studio was a haven for popular artists who flocked from recording hubs like New York City and Los Angeles in search of the “Muscle Shoals sound.” Cher became the first artist to record at Muscle Shoals Sound Studio, followed by the Rolling Stones, who recorded both “Wild Horses” and “Brown Sugar” from their 1971 album Sticky Fingers. Before long, the Swampers were cutting around 50 albums per year, with countless legendary artists. The shortlist includes Paul Simon, Boz Scaggs, Levon Helm, John Prine, Joan Baez, Cat Stevens, the Staple Singers, Willie Nelson, Santana, Leon Russell, Bob Dylan, and Bob Seger. (Yes, that’s the shortlist.) 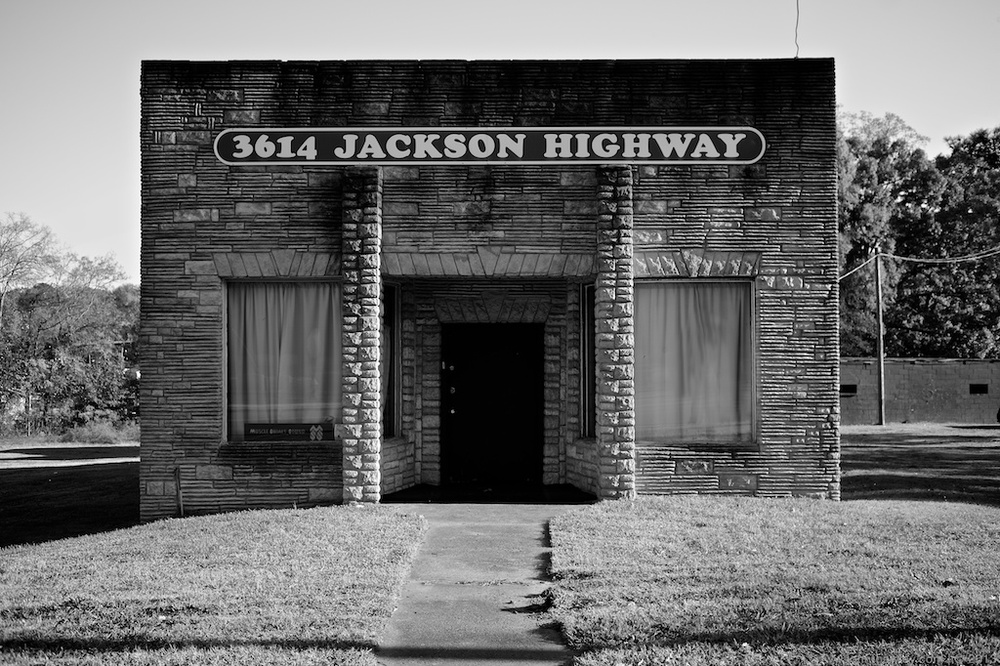 Measuring about 75 feet by 25 feet, Muscle Shoals Sound Studio is located across from a cemetery and had once been a storage unit for headstones, grave slabs, and coffins. There’s something poetic about the fact that the very room that housed markers of death ended up becoming a space of remarkable rebirth. The Swampers closed the location in 1979, moving to 1000 Alabama Avenue. It was listed on the National Register of Historic Places and was sold to the Muscle Shoals Music Foundation in 2013.

Judy Hood, the wife of Swampers bassist David Hood, is the chair of the Muscle Shoals Music Foundation, which still owns and operates the studio. The facility’s recent renovations aim to bring an authentic Muscle Shoals recording experience to tourists. Replete with vintage recording equipment in the production booth, original guitars, basses, organs, pianos, amps, and retro chairs and paint colors, the atmosphere stays true to how the studio looked in the early ‘70s. Studio tours start in the basement, also known as the “den of debauchery,” where musicians hung out during breaks from recording. Visitors will also be able to visit the bathroom where Keith Richards wrote “Wild Horses,” the couch where Steve Winwood took a nap, and the “listening porch” where the Rolling Stones took smoke breaks. But most importantly, visitors will have access to archives of music, bringing the “Muscle Shoals sound” front and center. More than anything, the “Muscle Shoals sound” is a feeling, and visitors can now walk on hallowed ground and experience that Muscle Shoals soul firsthand.

“What music built there is not something that you can see with your eye,” Bono explains at the end of the Muscle Shoals documentary. “In fact, if you look at the recording studios, they were humble shells. But what they contained was an empire that crossed race and creed and ethnicity. It was revolutionary.”