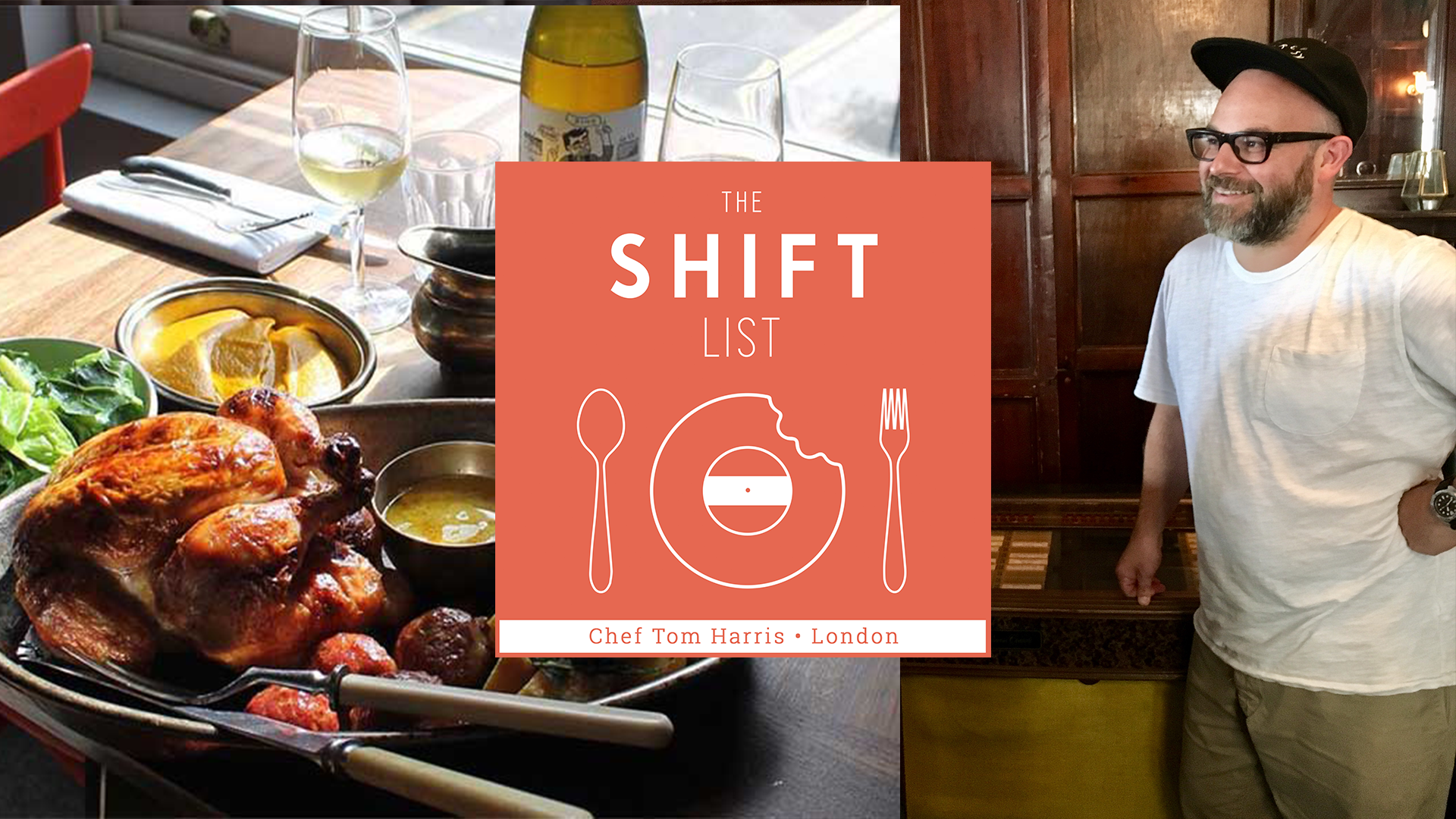 Chef Tom Harris explains what a proper English pub is, throws down some amazing jazz funk playlists (among others), and explains why recipes should be described in musical terms.

The Marksman pub in East London has been around for over 150 years, exemplifying what a pub should be – cozy wood paneling, regulars that have been stopping in for decades, comforting food and quality local beer – English hospitality at it’s finest.

Chef Tom Harris took over the place with his co-founder and co-chef Jon Rotheram in 2015, and perhaps their greatest achievement, aside from being named Michelin’s pub of the year for 2017 (the first time a London pub was awarded the accolade), is that they kept the historic pub…a pub.

They could have easily turned the space into a fine dining establishment only –  given that Chefs Tom and Jon met while running the St John Hotel restaurant together and worked previously at London’s legendary St John restaurant under head chef Fergus Henderson – but with the Marksman Public House, they managed to leave the bar downstairs relatively unchanged and converted the second floor into a stylish yet casual dining room to showcase their English cooking.