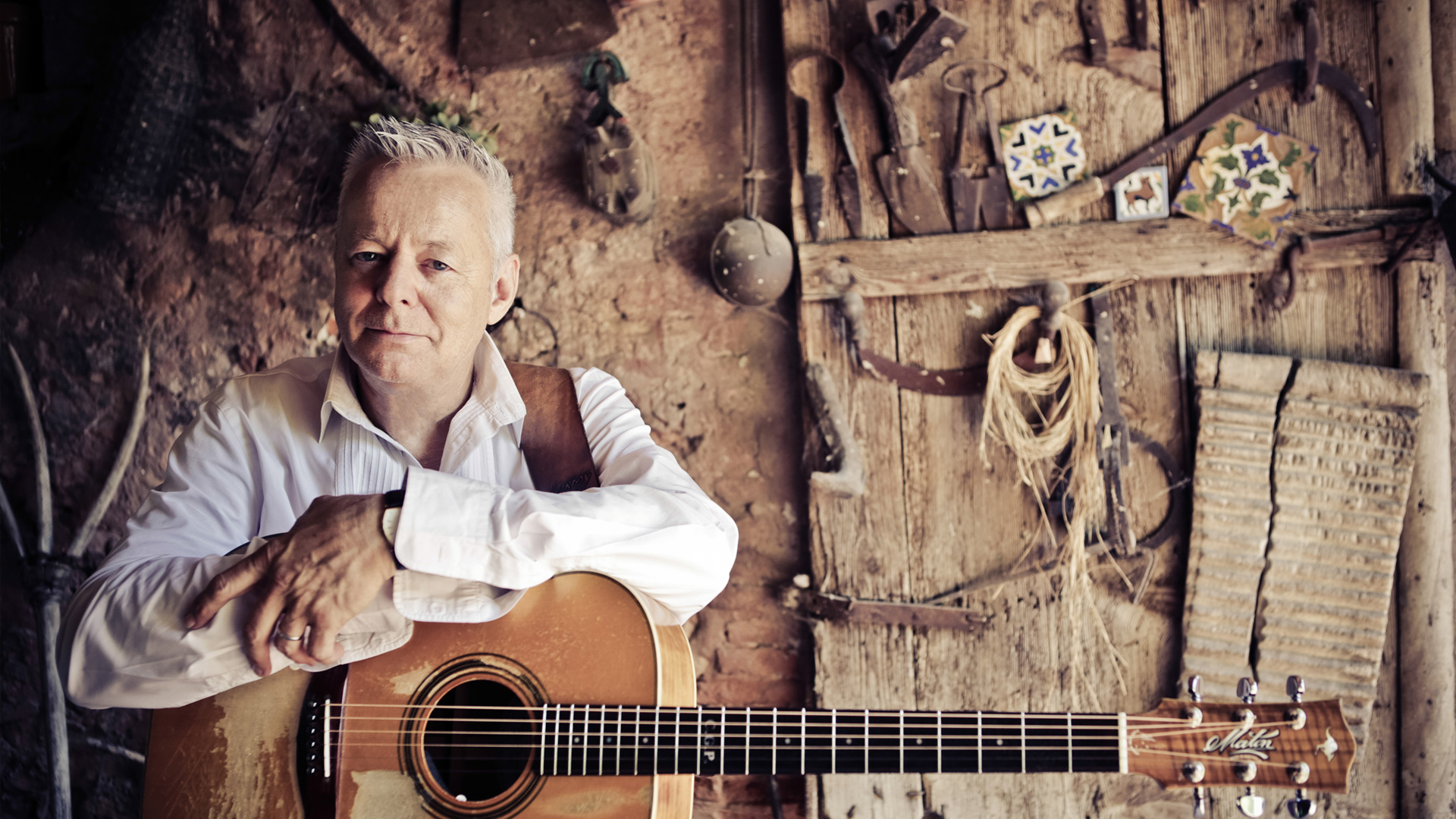 Guitar players are a competitive lot. You may be imagining your local music store filled with the sound of budding guitarists trying to impress their friends — and you and everyone else — with their cover of [enter one iconic “Blackbird” or “Stairway to Heaven”-like tune here]. Or you may be remembering those workshops you’ve attended where an audience member asks a “question” that’s a pointed answer to another audience member’s previous question … after the instructors already gave their advice. Or perhaps you’re having a flashback to that time a picker approached you and asked what make and model of guitar you play, but in that special way that is already judging you for your gear choices before even hearing your answer.

Our Artist of the Month, Tommy Emmanuel, is truly a guitar player’s guitar player. His audiences include some of the most dedicated, diehard, fanatical fans of the instrument. But you’ll never find him falling into the my-horse-is-bigger-than-your-horse routine; he even gives away his trade “secrets” freely in lessons and at workshops and camps. On his latest album, Accomplice One, he shares the limelight with collaborators and living legends, giving equal footing to and creating a solid foundation for each. It’s refreshing to watch someone with an undeniable, world-class talent direct focus to those he admires, rather than himself.

In this video of “Windy and Warm,” he does just that, paying tribute to Chet Atkins, who has inspired and influenced his playing since the very beginning. You can hear the awe and appreciation in every note. And there isn’t a single competitive pick stroke.