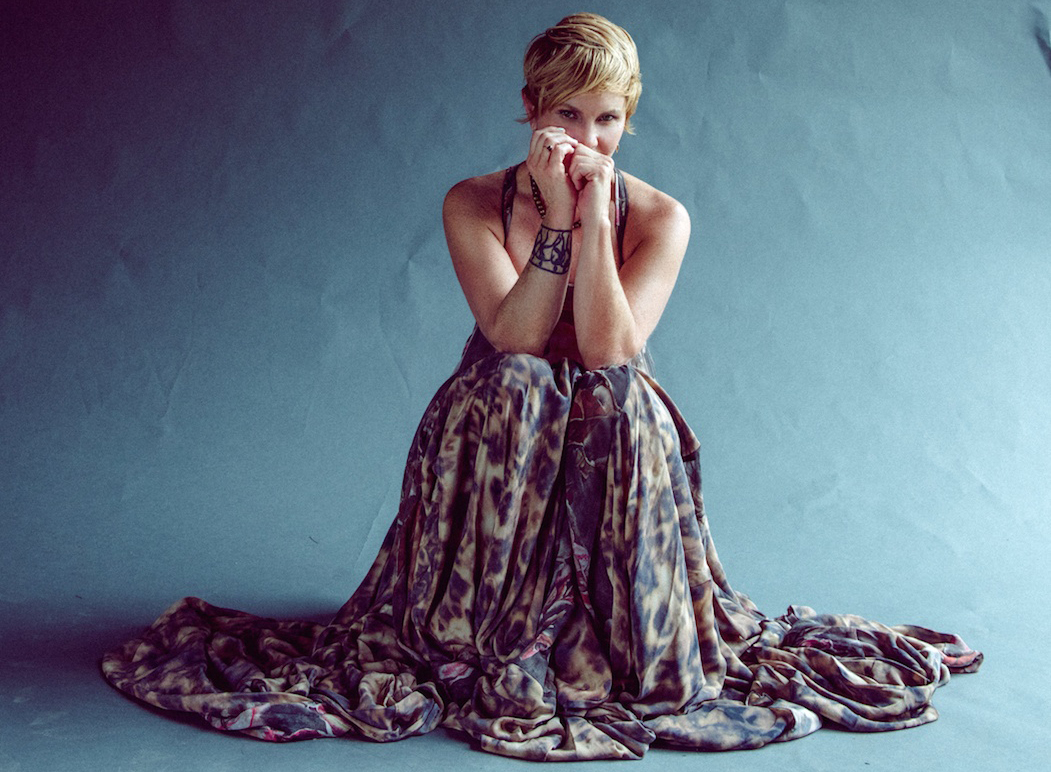 Perhaps inspired by “Tiny Dancer,” Shawn Colvin originally wanted to be the seamstress for the band … not the leader of it. But she eventually got out front and sang a bunch of cover tunes until she found her own voice as a songwriter. Several decades later — and amidst six albums of originals — Colvin has never abandoned her love of the cover and has just released her second batch of interpretations, Uncovered. On it, she turns to some of her very favorite writers — Bruce Springsteen, Tom Waits, Paul Simon, Neil Finn, and Stevie Wonder. As disparate as the originals may be, Colvin's tender touch turns them into a cohesive collection as she steps effortlessly into the songs, making them as much her own as any cover artist can.

I've waited a long time to discuss this with you: You were part of one of the best moments of my life. After one of your shows at McCabe's in 1991, Susanna Hoffs and I — along with a few other friends — went upstairs to say hi to you. And you were sitting there …

Was that when Joni [Mitchell] was there? Yeah, I remember that.

Yeah. It was Joni, and Larry Klein and David Baerwald. They split off to play guitars. But we just sat at Joni's feet as she told us stories and sang us songs. It was amazing.

I know. That was a great night. I have photos from that night.

Oh wow. I remember we were sitting on the floor and you elbowed me, at one point, and mouthed something like, “Can you believe this?” But what you didn't realize was that you were part of the awe, as well, because we were all so in love with Steady On. It was like, “Holy crap, we're sitting here with Shawn and Joni?!”

Have you ever covered one of her songs … other than at that tribute concert so many years back?

Many times in my former life as being a bar singer, yeah. I did nothing but cover her songs. So I had to kind of get away from it a little bit because I was a good copy cat.

So is it kind of just too close to home for you now to put her on one of your records?

Yeah. Even knowing that you started out in cover bands, the obvious question is … Why does one of the best songwriters of her generation — meaning you — make a covers record?

I made my living doing covers and I got pretty good at it. And I had some special ones. It's part of what I do. I like being a cover artist and trying to bring something different to stuff. I wouldn't do it if I was just doing wedding band duplicates. [Laughs] I enjoy it.

What's different about the creative rush or release you get from covering songs, from the rush of doing your own tunes?

Well, I don't cover a song unless I love it. There's some satisfaction there. And, like I said, if I can turn it around on its ear just a little bit — even if not seriously musically, then emotionally — that's creative about it for me. And the joy of singing the song is always a big deal.

I think you probably answered this with your glorious take on “Naïve Melody,” but is there any song you can't bum the hell out of?

[Laughs] No. I can bum the hell out of any song. On this record, I did “Baker Street” which I don't think people normally think of as a bummer song. But I managed to do it.

[Laughs] Oh, you totally did. Maybe you'll have to try Pharrell's “Happy” at some point, just to really prove that you can do it.

When you approach a cover song, is it more about letting the song into you or putting yourself into the song? Or is it dependent on the piece?

I'm not sure. I kind of learn the song as it originally is, at first. Well, there are some exceptions. Like “Naïve Melody,” I got the lyrics down and had to immediately change it. I didn't really learn it as it was, but most of the time I do. Then, it doesn't sound genuine because I'm just copying. So I try to find a mood or … I guess I try to find a way into it.

Is finding a connection with the storyteller or the character part of that, too?

Or is just being a great song enough?

Yes. Definitely. I haven't really taken an inventory. But if there's not a main character or if it's not in first-person, then I guess I'm just capturing the mood. I did a … oh, no, that's first-person, too. I was going to say, I did a cover of Gnarls Barkley's “Crazy” and the reason I did it was because it was a very personal song, lyrically, I thought.

Yeah. I'd agree. Okay … We have to talk about Neil Finn for a minute.

Why … how … what is it that makes him so great to you?

Well, that's like saying what makes … I don't know … what makes the Beatles great? He's just a special, special artist. Amazing songwriting. Just a great pop sensibility and also crosses over into folk and rock. A singer that's got that kind of … He's a New Zealander, but there are some similarities in the accents — it's certainly not American — of British, Australians, and New Zealanders, in my opinion. He's just sort of John Lennon-esque to me. The way the words are pronounced, even the way he sings. He's just a great pop singer and an amazing songwriter. And Crowded House was the perfect vehicle for it.

I was so glad to see you pull a tune from Together Alone because, as much as I love Woodface and the first record, I go back to Together Alone a whole lot.

That's what happened to me. After Woodface, I was almost reticent to buy Together Alone because I thought, “Well, it can't measure up.” [Laughs] And, then, I got so deeply into it that it became my favorite.

Mine, too. I wore myself out on Woodface, as I think a lot of people did. But there's something so satisfying about Together Alone. 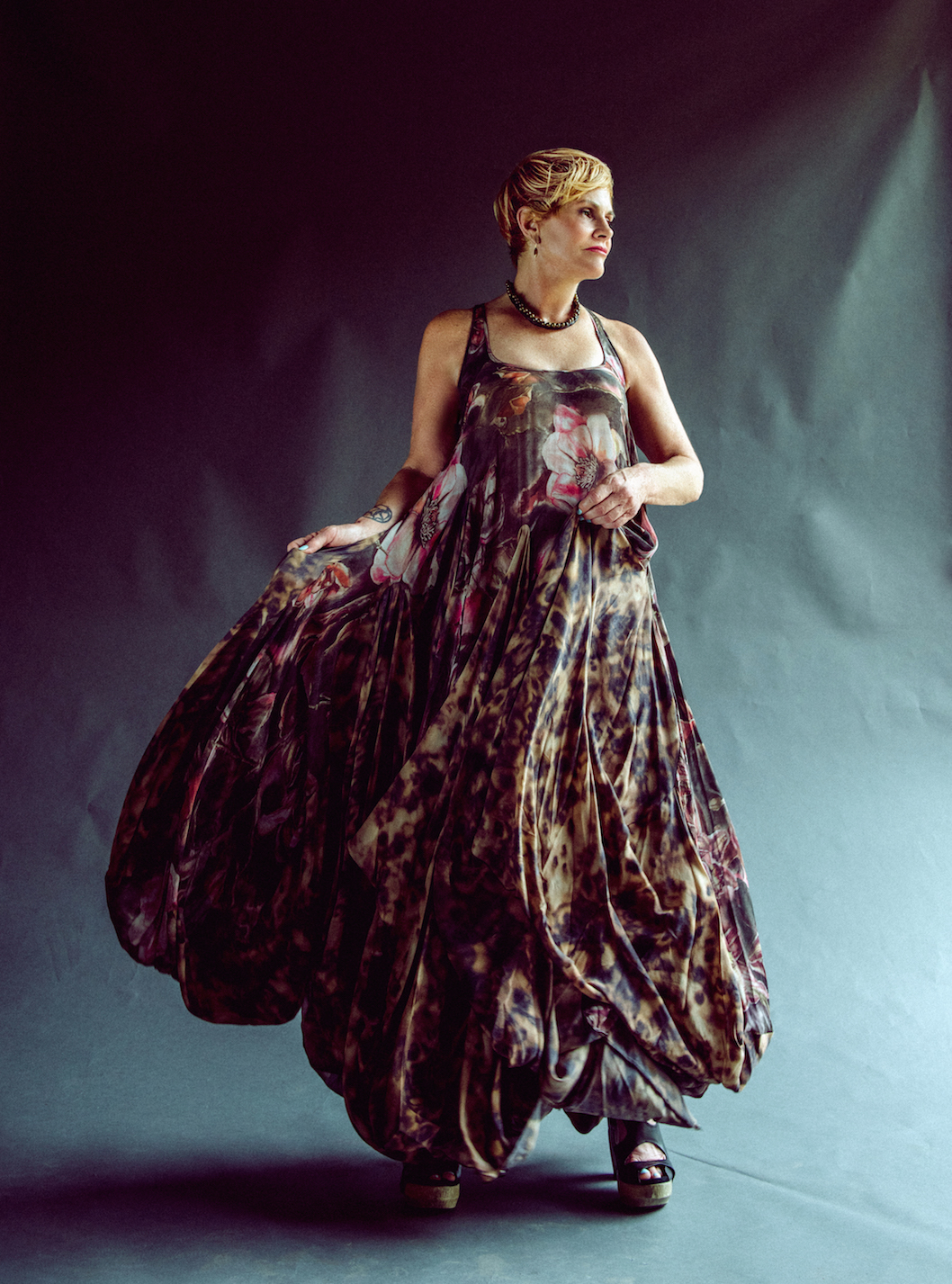 Okay. Totally switching gears … There are two things I think you understand that a lot of artists don't: The first is the importance of a great producer. I still remember the first time I listened to A Few Small Repairs. I'd pulled into my carport coming home from Tower Records. “The Facts About Jimmy” came on and I just sat there, mesmerized, thinking, “This is everything I want. This is what music is supposed to sound like.”

Obviously, [John] Leventhal gets a lot of credit for that, down to his guitar riff. But do you feel like the art of the producer is something that's gotten lost in the GarageBand era?

Mmmm … You know what? I'm not as in touch as I should be. [Laughs] There's so much music out there and I'm not exposed to a lot of it. I'll admit it. Through my daughter, I hear stuff. I think there's some great songwriting out there. I don't know if the art of the producer is lost. I know a lot of people are prone to produce themselves. And I just don't have a desire to do that. I don't want to be that close to it. I like collaboration. John, specifically, is also a co-writer with me. So, oftentimes, that production is part of what I first heard when I would write the lyrics. Now, “The Facts About Jimmy” I wrote the lyrics independently of any music. Then I listened to some things that he had and I decided it would match up well with that piece.

Gotcha. The second, I think you have down pat, is the job security of being able to go out on the road and play thoroughly engaging solo shows.

There are a lot of people who will go see you any time you come through their town. And I think that's another bit of lost art — engaging with the audience. Kind of Performance 101.

Yeah. It's what I cut my teeth on. I remember living in Carbondale, IL, and going to the arena — I don't even remember what the arena was called — and seeing Simon & Garfunkel with no band, James Taylor with no band …

In an arena. To me, at the heart of the writers that I loved who had production on their records, which was almost all of them — Joni, Jackson [Browne], James Taylor, Paul Simon … I always mention the same ones when there are so many. But at the heart of it was guitar and vocals. It took me a long time to realize, “Well, that's what I can do.” That's what I learned and that just seems to make sense, it seems to call to me. It seems to be what I'm good at.

Well, I've seen you do it everywhere from McCabe's to … what is that theatre in Northampton, right there on the main drag? The Calvin?

Seems like you can hold a room, no matter how big or small.