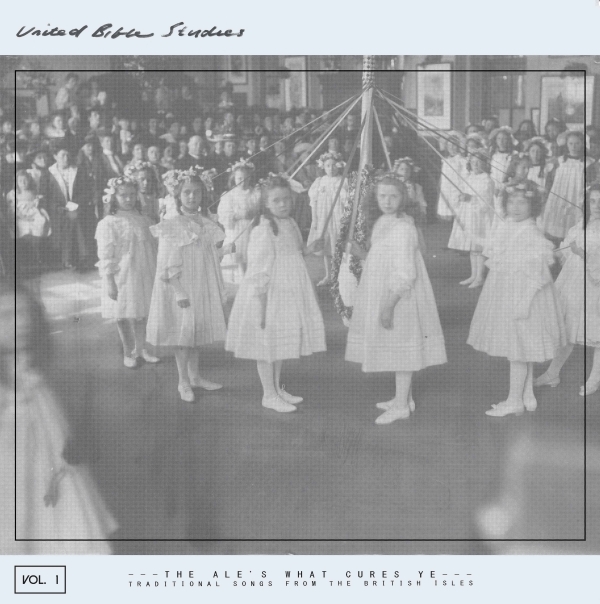 Though American music draws from dozens of different musical traditions, most of what people think of as purely "folk" music has its roots in the British Isles. Many old-time Appalachian ballads began in England or its neighbors hundreds of years ago, and reels and other fiddle tunes come from similar Celtic backgrounds. United Bible Studies — whose members spend most of their time in Ireland and England — are breathing new life into some of these old, old songs. The band's new record, The Ale's What Cures Ye, is a collection of reimaginings of some of these traditional songs from abroad.

"Recruited Collier" is one of the album's nine tunes. The song is pretty but spooky — part of which can be attributed to the fact that it was recorded in the Mupe Bay Smugglers Cave in the English county of Dorset. "The tide was fast approaching, and in our haste, I sang 'take my heart' rather than 'break my heart'. Not only that, but I sang it twice, perhaps recalling Pavement's advice to repeat any mistakes you made so as to make them seem deliberate,"  David Colohan explains. "With no room for second takes, we made good our escape from the Smugglers Cave … and I swore to never haul a harmonium up and down a cliff face ever again."

"Recruited Collier" sounds distant as it begins, with a low drum, heart, and flute floating over sounds of rain. The troublesome harmonium comes in later, sounding almost otherworldly as it wheezes through the song. Let United Bible Studies enchant you with "Recruited Collier."