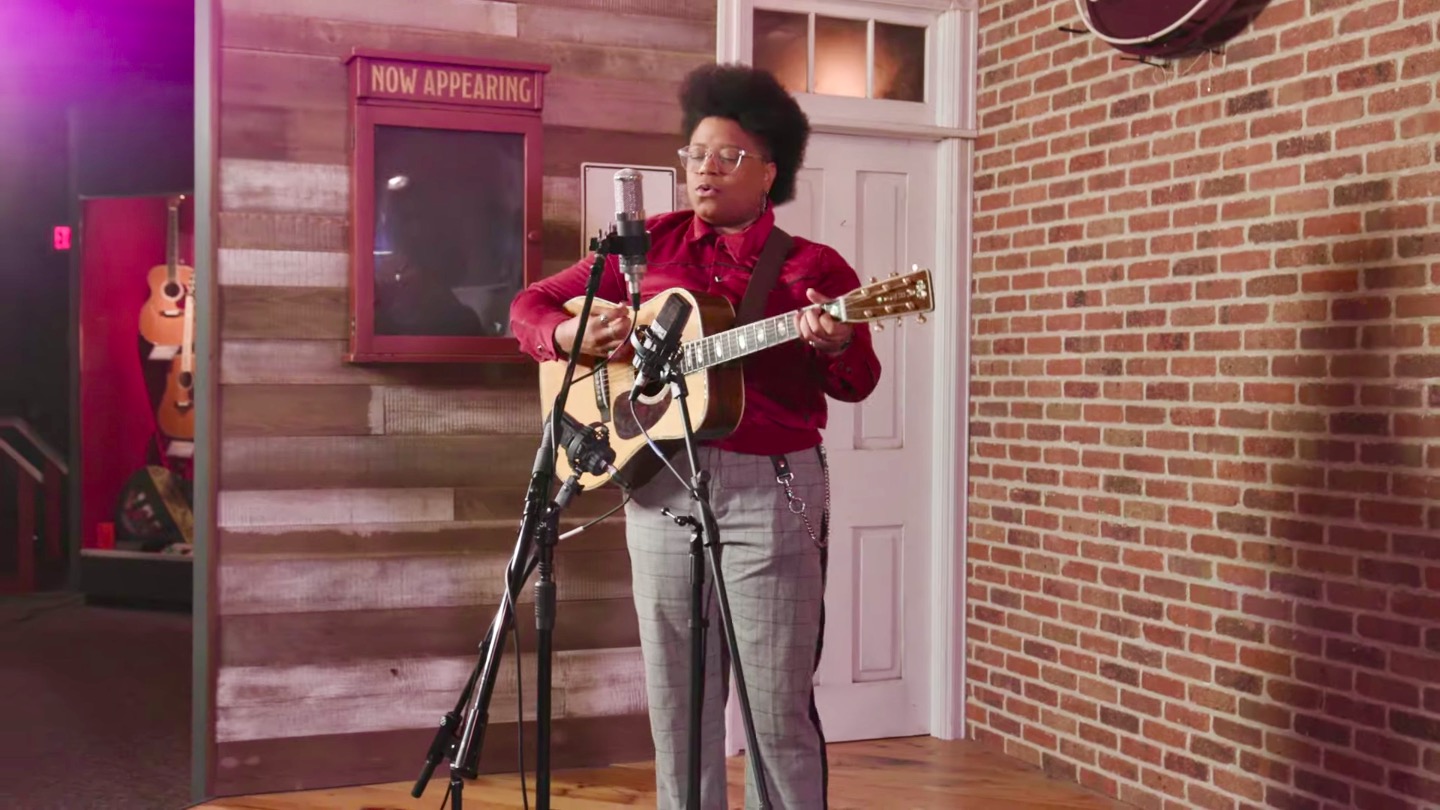 Grammy-nominated singer/songwriter Amythyst Kiah holds a direct line to the heart of emotion in each note she plays and every word she sings. Her powerful song, “Black Myself,” was the opening track on her latest release with Our Native Daughters, a collaboration that also features Rhiannon Giddens, Leyla McCalla, and Allison Russell. The lyrics’ unapologetic tone and fierce in-your-face quality earned Kiah a nod at the 2020 Grammy Awards, as well as Song of the Year honors at the International Folk Music Awards at Folk Alliance’s conference in January. Though maintaining a quite busy performing calendar, a full-length solo record is slated for release sometime this year. Until then, audiences will have to indulge in Songs of Our Native Daughters as well as this new video from the museum at Martin Guitars. Watch as Amythyst Kiah sings “Black Myself” behind a 1942 Martin D-45.