WATCH: From the Station Inn, Sturgill Simpson Cuts Grass on ‘The Late Show’ 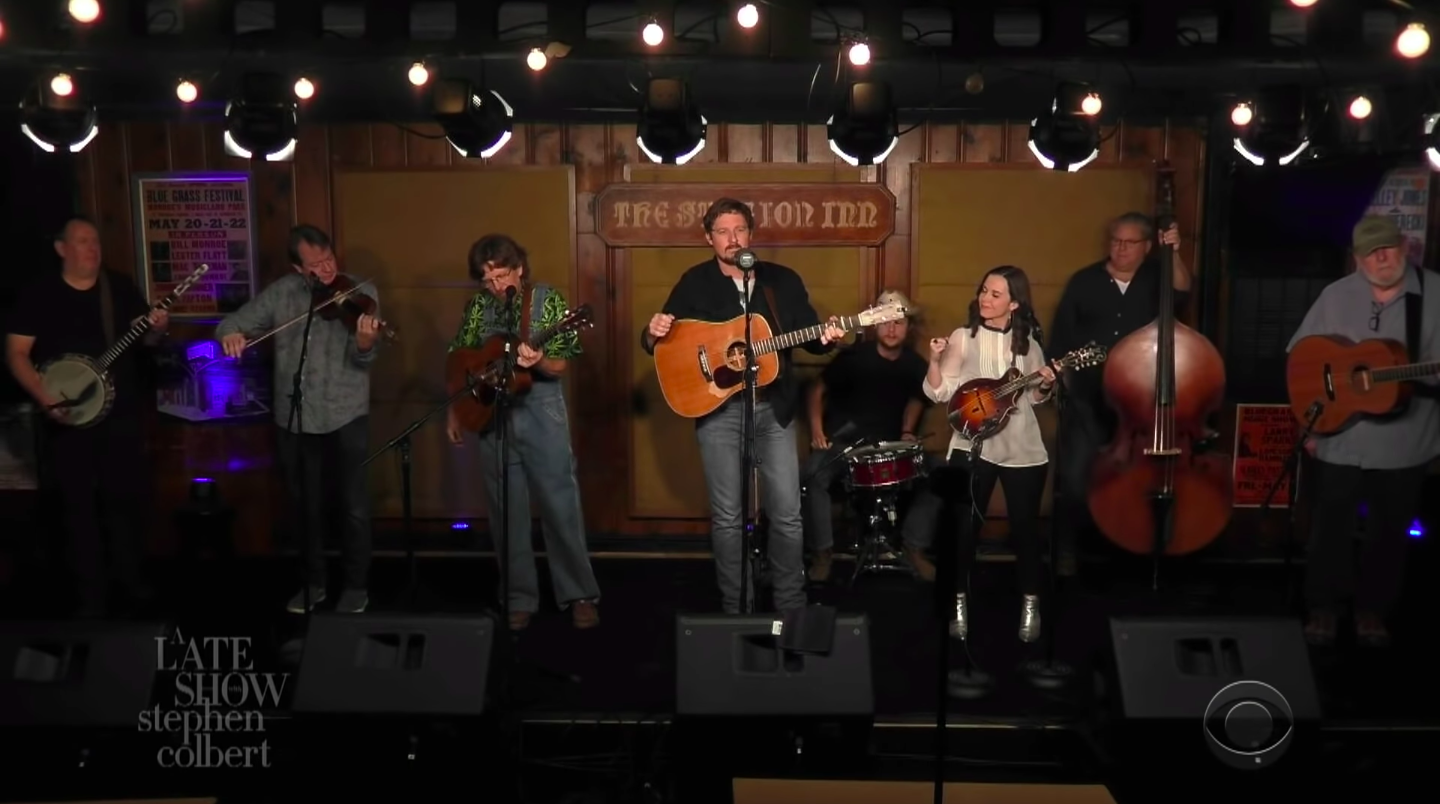 In October, outlaw country badass Sturgill Simpson expanded his already broad musical palette with the surprise release of a bluegrass record. The 20-track album, aptly titled Cuttin’ Grass Vol. 1: The Butcher Shoppe Sessions, is a return to roots for the singer-songwriter, whose prior endeavor could be described as nothing short of a roaring rock album.

After breaking the mold with Sound & Fury (which was released as a visual album, with an accompanying Netflix anime film), Simpson’s pivot back to more of a traditional-sounding record exemplifies his creative prowess and artistic boldness. Truly beholden to no rules, Simpson does things his own way, sparing no means to create a bluegrass record that honors the traditions of the genre. The album was cut as naturally as a bluegrass album is expected to be and features an all-star band with musicians like Sierra Hull and Stuart Duncan gracing the songs.

Released in October on High Top Mountain Records, Cuttin’ Grass also comes after a livestreamed bluegrass concert Simpson organized as a charity event and broadcasted from the mother church, the Ryman Auditorium in June. On a Veteran’s Day episode of The Late Show With Stephen Colbert, Simpson and Co. safely performed “Breakers Roar” from the Station Inn in Nashville. Watch the performance and check out his interview, too.