WATCH: Clem Snide & Scott Avett, “The Stuff of Us” (Live From Just Beyond) 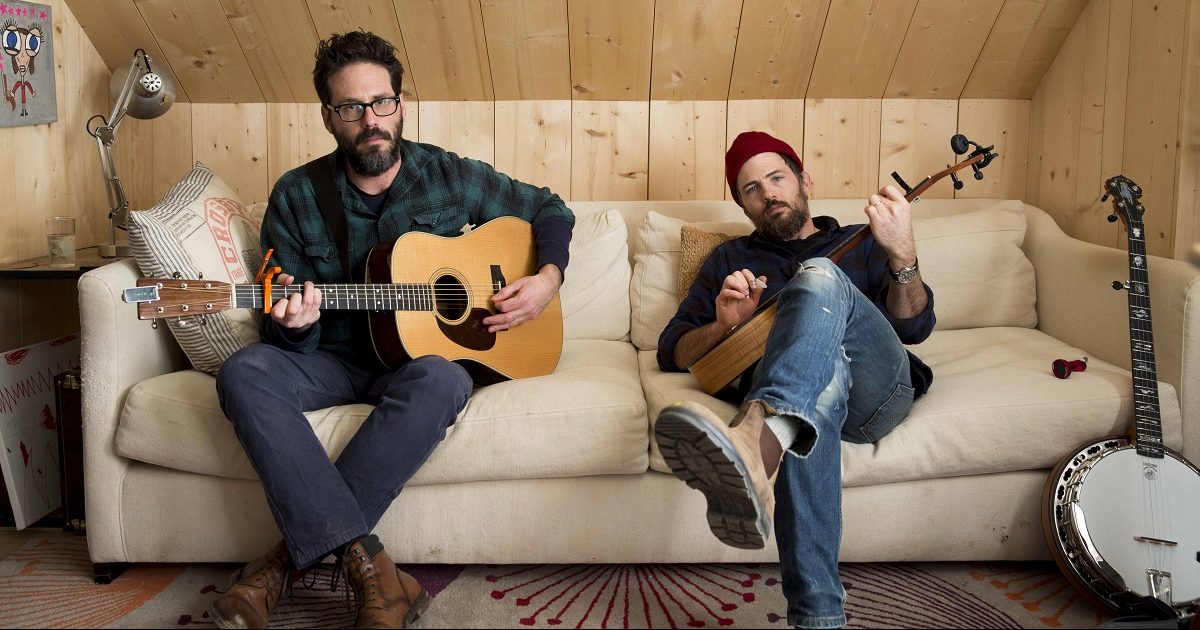 In Their Words: “‘The Stuff of Us’ for me is a gleeful advocation of spirit over body. As my dying friend once said, ‘Death is not a wall but a doorway….’ I was raised by atheists so I’m hardly a qualified defender of any faith, but it seems to me that the ‘scientific’ framing is just as magical in its attempts to explain why there’s something instead of nothing. I mention dark matter/dark energy in the lyrics because, as I understand it at least, something like 95 percent of the universe is actually held together by this mysterious force or energy that is completely invisible and impossible to detect. Maybe Richard Dawkins would disagree but that sounds an awful lot like God to me. And for something to be truly real it would also have to be eternal…and free.” — Clem Snide