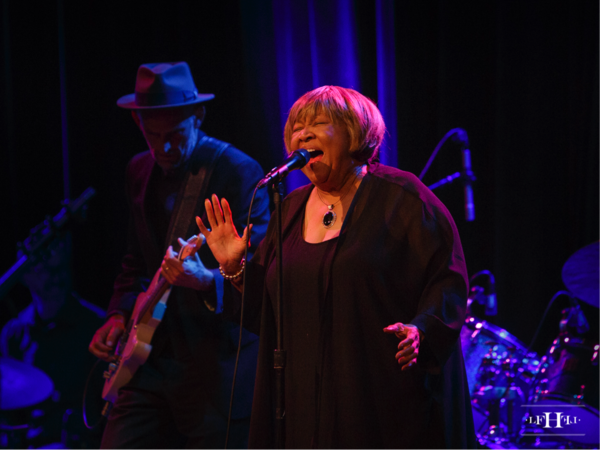 Musical matriarch Mavis Staples is as active as she has ever been. Fresh off an Americana Award nomination for Artist of the Year, Staples was recently featured as a guest performer on Live From Here with Chris Thile. Her latest album, a release from May 2019, is a collaborative work with another extraordinary singer-songwriter and blues icon, one Ben Harper. The new record, titled We Get By, features Staples’ sultry singing over Harper’s compositions, and like so many magical musical matchups, the total of the project is somehow far more than the sum of its parts.

Speaking to the writing, Staples had high praise for her junior collaborator. “When I first started reading the lyrics Ben wrote for me, I said to myself, ‘My God, he’s saying everything that needs to be said right now,’” she remembers. “But the songs were also true to my journey and the stories I’ve been singing all my life. There’s a spirituality and an honesty to Ben’s writing that took me back to church.”

Staples’ performance on the Live From Here is just that — it’s like going to church. Watch as she performs the opening number from her newest record here.