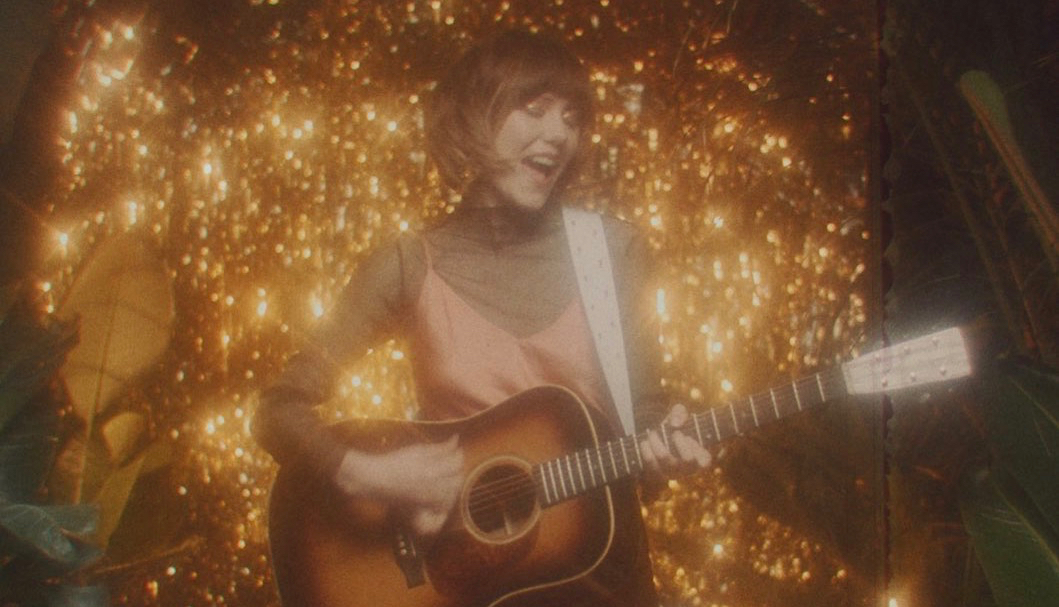 Can you feel it now…? Flatpicking phenomenon and Americana-by-way-of-bluegrass singer/songwriter Molly Tuttle has released her second music video from her debut full-length album When You’re Ready. “Light Came In (Power Went Out)” was co-written with her longtime friend and collaborator Maya de Vitry, as well as When You’re Ready producer Ryan Hewitt and award-winning songwriter Stephony Smith.

The video, directed by Jason Lee Denton, was shot in a plant shop and greenhouse in Nashville, carrying forward the verdant, tropical theme of the record’s cover art with added pops of light and electricity. “I thought that it would be nice to have the visuals almost be an extension of my album artwork, which also had foliage in the background and kind of a golden glow to it,” Tuttle explains. “That gave the video team the idea to look for a plant store or greenhouse that we could shoot in. Mackenzie [Moore] (art direction) and Aliegh [Shields] (producer) thought of crafting a glitter backdrop, and everyone just kind of worked together to make all the rest fall into place.”

After having spent the majority of her life as a performer, Tuttle finds it particularly gratifying to see her musical visions come to life on screen. “I am a very visual person so seeing how the glow of the lights and the lush backdrops add depth to the song is super rewarding. Getting to create in this way is why I love what I do – it was just a very fun evening spent filming in a cute plant store…”

And if you wondered – yes, Tuttle is a fan of the current houseplant craze that has struck many a millennial home and Instagram account. “I love having plants in my house so much!!!” She admits, “It lifts my mood to have greenery around. I just can’t keep any of them alive because I’m constantly away on tour… This video is what I wished the inside of my house looked like, basically, but in reality I just have a few unhappy succulents.”