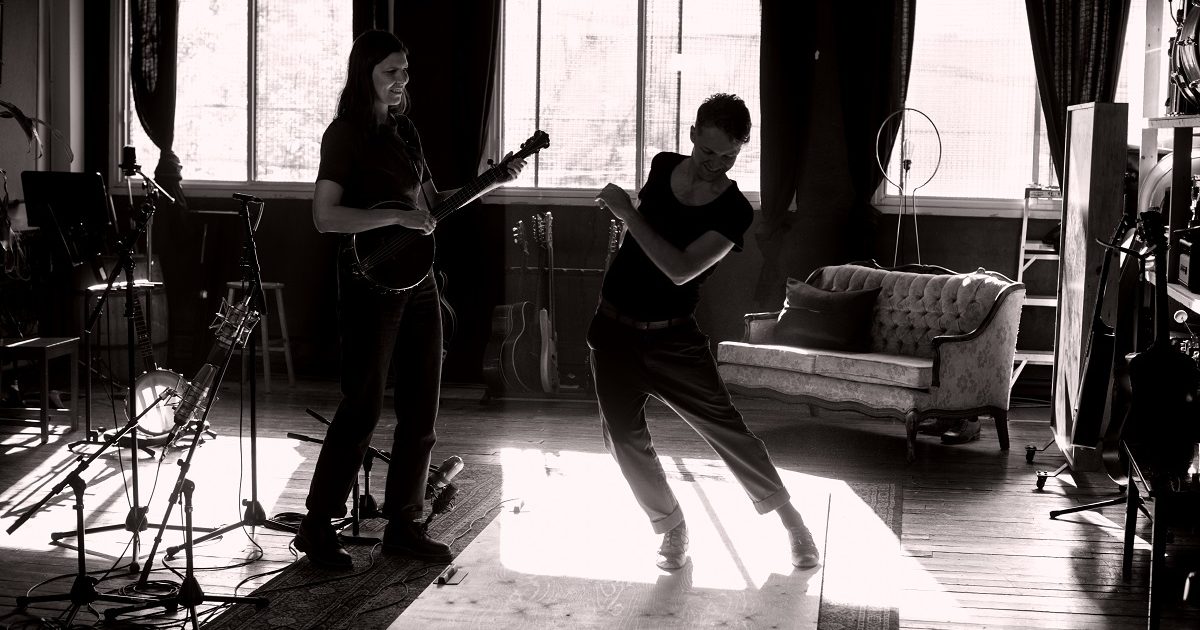 In Their Words: “Allison and I met a decade ago and the rhythmic connection was immediate. After 10 years of chance meetings at festivals and short tours, Allison proposed we spend some concentrated time listening deep to Hobart Smith’s (1897-1965) archival material. We already had a few pieces from him in our repertoire but the idea of creating an entire project in dialogue with his sounds was really intriguing. Our hope is to have a discussion with Hobart’s tunes and songs, maybe an agreement, or even the occasional tiff — rather than a replication, which would be impossible! There were tunes that we re-heard as jigs, pronouns that I switched, and quotes from Hobart we worked with in the process of making the visual album. The title, The Thrill, comes from a recorded interview he gave during which he said, ‘Music fills you with a thrill you just can’t express.’

“We drew on trusted friends: cinematographer Trent Freeman, camera person Chloé Ellegé, audio wizard Yann Falquet, and photographer Marc-André Thibault to create the visual album. In summer of 2022, floods swept through the Appalachian region when we were mixing and we decided that 50% of all proceeds would be returned to that area. We’re sending those resources to Lonesome Pine Mutual Aid, a Black-, women-, Indigenous-, and queer-led organization that distributes community care throughout southwest Virginia, where Hobart was from, where he lived and learned his music.” — Nic Gareiss