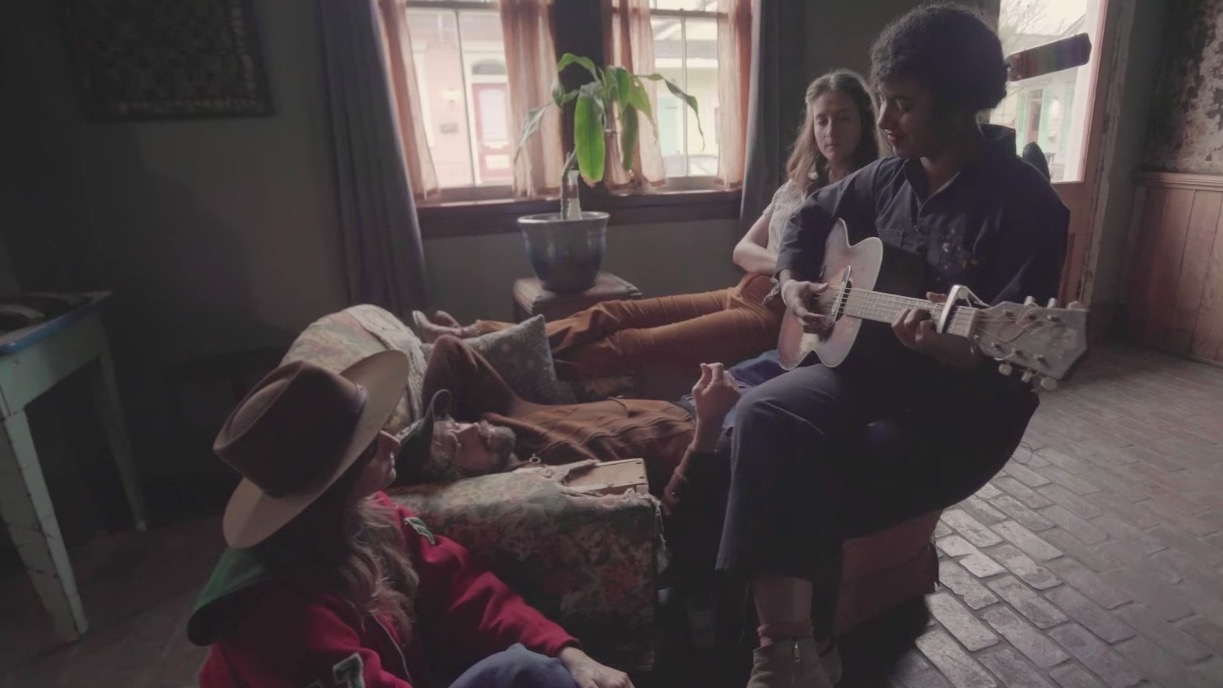 In March, when artists, businesses, and schools were stepping into a new normal built around public health and safety, New Orleans folk singer Sabine McCalla was preparing for a feature on the popular roots music series Western AF. She selected “Baby, Please Don’t Go,” a tender ballad written to a fleeting foreigner after a whirlwind romance. McCalla gently sings what many could not bear to say, and does so with a hypnotic look in her eyes.

Like the Mona Lisa, McCalla wears a beautiful calmness, seeming at times to hold a soft smile that veils other emotions. The New Orleans based singer/songwriter is joined by an entourage of collaborators who add whimsical, airy harmonies to the fondest portions of the song. The physical arrangement of the group — they sprawl over a couch, spilling into each other’s laps and arms —  instills a sense that McCalla is sharing a painful memory with friends, in conversation. Western AF creates a window into a fragile musical moment as Sabine McCalla delivers a raw performance of this striking song.