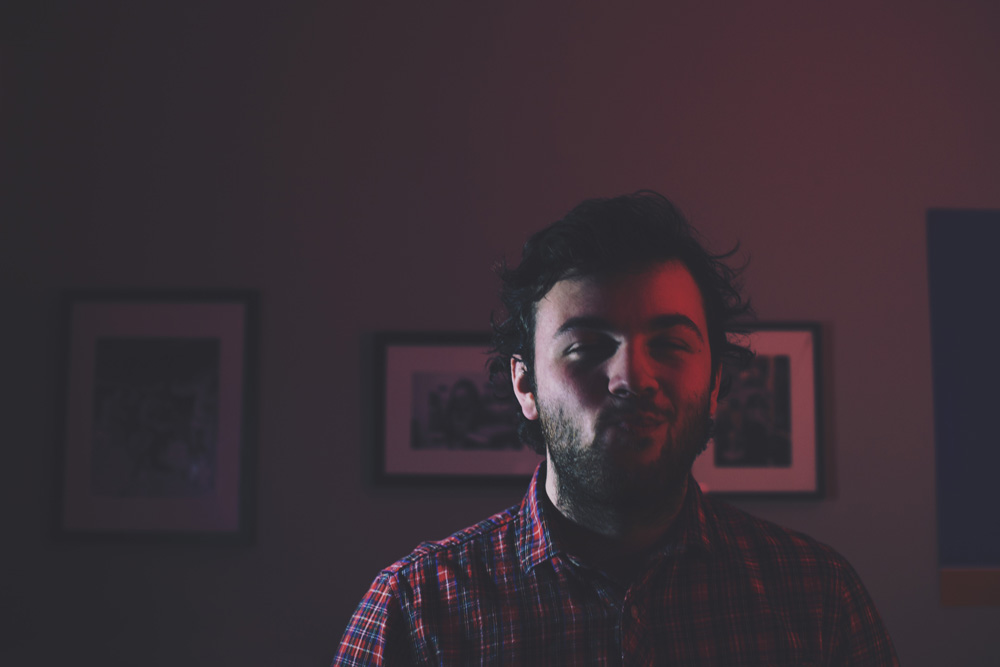 In Their Words: "In the late Winter of 2015, I dropped my phone in the toilet and was, in turn, phoneless for about a week. In that time, I went on a few hikes in Dover, Massachusetts, which helped me re-realize just how dependent we all are on our magical screens (not news to anyone, I know). The song is essentially about the W.O.S. (World of Screen) and how we find ourselves satisfied, despite missing out on so much.

For the video, I decided to use old home movies from my childhood — a time when I was not completely sucked into the W.O.S. — as a stark juxtaposition of how much society's presence has changed in such a short period of time. I, of course, had to incorporate some pixel-y '90s bitmap fonts to really take it home. And the real kicker: I recorded the demo and wrote the lyrics entirely on my iPhone." — Sean Trischka