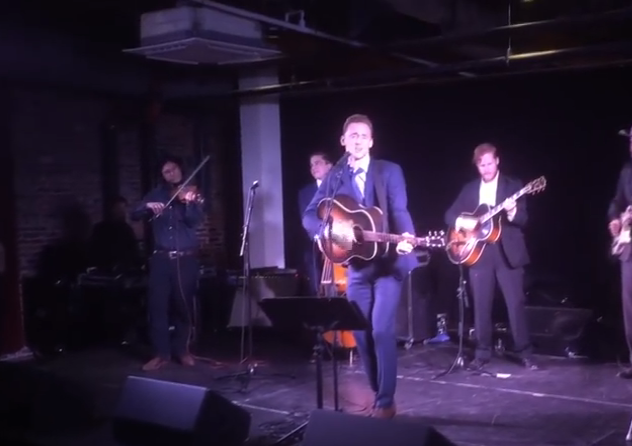 The Hank Wiliams biopic I Saw the Light isn't out until November 27, but if you want a sneak preview of what you can expect from the film, check out this clip of star Tom Hiddleston performing as the legendary singer after the film's premiere in Nashville.

• Anthony D'Amato shared a new song with All Songs Considered.